Home 2019 No stopping Nwakaeme as Pahang bury Terengganu in Kuantan 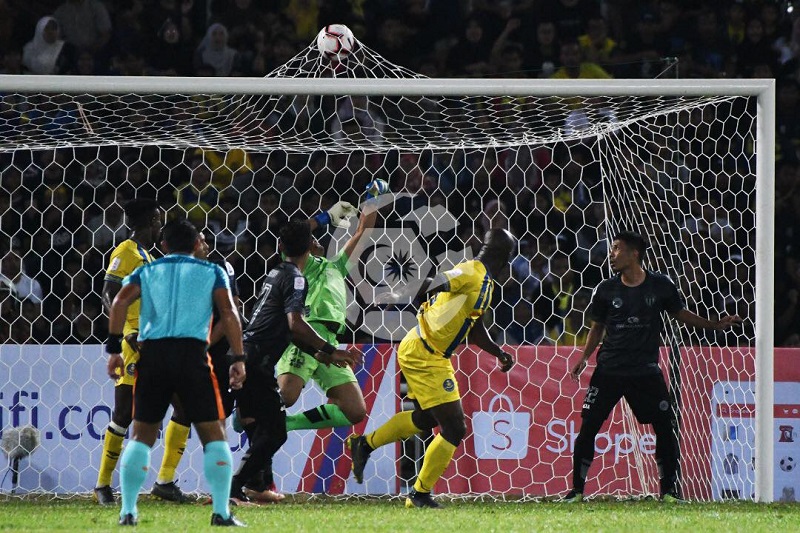 The rampaging Elephants are giving early signals that they will be the team to beat as Pahang scored another impressive win – this time a 3-0 victory against neighbors Terengganu in the East Coast derby at the Darulmakmur Stadium in Kuantan on Saturday.

Pahang now sits on the top of the Super League with six points after two matches on goal difference from second-placed Johor Darul Takzim and third-placed Melaka United.

Nigerian hitman Dickson Nwakaeme once again stole the limelight with one goal and one assist on a night when Terengganu lost their first choice goalkeeper Wan Azraie Wan Teh through injury and was replaced by Ilham Amirullah Razali.

Wan Azraie clashed into Nwakaeme when the Nigerian opened the scoring after 12 minutes and left the field 10 minutes later.

The dominant Elephants, however, had to wait till the 51st minute for their second goal and this came via French defender Herold Goulon who headed home a corner by Indonesian Saddil Ramdani.

Terengganu-born national striker Norshahrul Idlan Talaha, who was left out of the KL match by coach Dollah Salleh, showed that he is still lethal when he fired home Pahang’s third goal in injury time to complete the rout.

Meanwhile, on a soggy pitch at the Petaling Jaya Stadium it was another night of frustration for Selangor when the Red Giants could only manage another 1-1 draw, this time against PJ City on a night of penalties.

PJ City scored first from the spot through Pedro Henrique when he was brought down by Selangor goalkeeper Khairul Azhan Khalid in the79th minute.

Selangor made it all square through Spaniard Rufino Segovia also from the spot after Syahmi Safari was felled inside the box in the last minute of normal play.

At the Shah Alam Stadium it was also a penalty which separated PKNS FC against Melaka United. Melaka won 1-0.