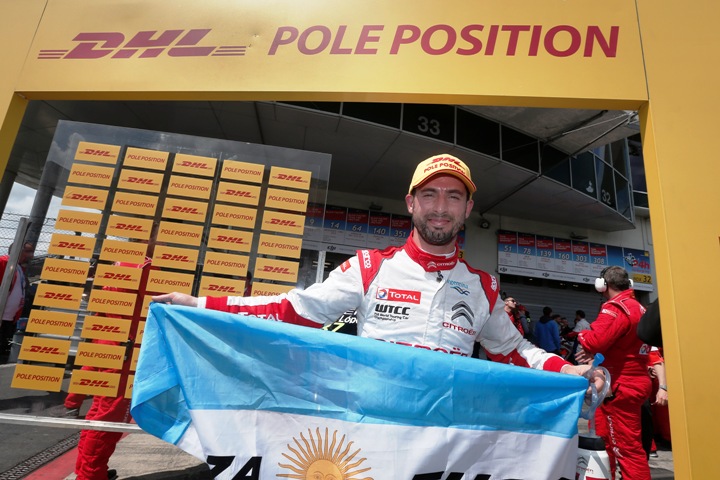 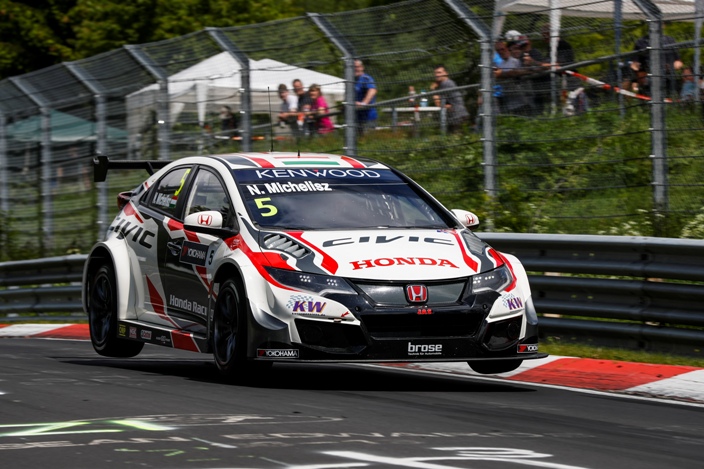 José María López stormed to the DHL pole position for the Main Race at FIA WTCC Race of Germany with a sensational record lap of the legendary Nürburgring Nordschleife.

The two-time FIA World Touring Car Championship title winner was already sitting on the provisional top spot when he achieved an 8m35.541s lap on his final attempt of the 25.378-kilometre tour, moving 3.573s clear of Citroën team-mate Yvan Muller at the top of the times and bettering his qualifying record from 2015 by 1.8 seconds.

“To be at this track doing a qualifying lap on the limit in this car is amazing, it’s the best feeling,” said the Argentine. “When I left last year I was waiting to come back and it’s amazing to beat the lap of last year, especially with 80 kilos more in the car. I had the confidence to push but sometimes you have to be on the limit. When I saw the lap time I was really surprised.”

LADA’s Nicky Catsburg was the last to cross the line and claimed sixth ahead of works Volvo driver Thed Björk, who took an encouraging seventh in an upturn of form for Nürburgring first-timers Polestar Cyan Racing. Tiago Monteiro ended up P10 to take pole position for the Opening Race, behind Honda team-mate Rob Huff and WTCC Trophy leader Mehdi Bennani in the times.

Hugo Valente was P13 behind Gabriele Tarquini and Fredrik Ekblom after suffering his second crash in as many days. ‘Queen of the Ring’ and BBC Top Gear presenter Sabine Schmitz qualified P14 ahead of John Filippi, Grégoire Demoustier and Ferenc Ficza on her WTCC return.

Saturday’s Opening Race and Main Race are run over three laps with the first getting underway at 11h20 local time.