Home Football We are not competitive yet, says Elavarasan 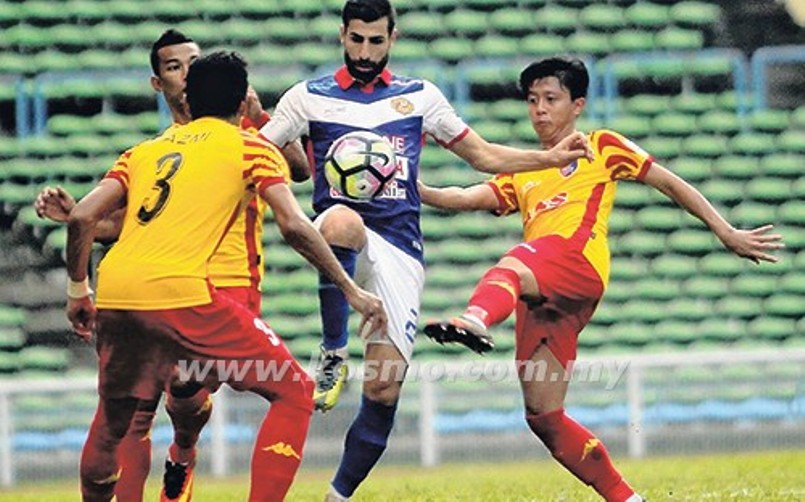 # Elavarasan believes his team will gel soon
By Rizal Abdullah
Newly promoted PKNS FC are not only entrenched at the bottom without a point to show after two straight defeats but are also finding it tough in the Malaysian Super League.
However head coach E. Elavarasan, always as cool as a cucumber, is not too concerned with the defeats to Felda United (0-1) and Kelantan (1-3) in their opening two matches in the big league.
Instead Elavarasan is quietly confident that his Red Ants, as PKNS are known, will bounce back to challenge the big names in the Super League and it could happen in this afternoon’s big clash at the Shah Alam Stadium.
“I must admit that are not competitive yet in the big league…and we have yet to gel as a team. You will need a couple of matches to get things going,” said Elavarasan.
And in the same breath Elavarasan was quick to point out that the players “never got involved” in the off the field problems the team faced with ‘big brother’ Selangor before sorting out the mess to play in the big league.
“The management sorted out the mess in a very professional manner. It is all systems go for us. Despite the poor start we are focused on making our presence felt although there was movement of players.”
“It was a good show against Felda in the first match but things did not go well for us in the afternoon match against Kelantan. Defensive lapses against Kelantan cost us dearly but it is a learning process for us.”
Playing Selangor in their second straight afternoon match is not a bother for Elavarasan and his team.  The Selangor club switched to afternoon training sessions to suit the situation.
“It was a decent start to our campaign in the Super League despite the defeat to Felda. The match against Kelantan was a poor performance. We need to improve on our performance.
“The players know the shortcomings and we have worked on that. The match against Selangor is a test and I have faith in the players,” added Elavarasan, who will make some changes to the lineup following injury Affize Faisal Mamat.