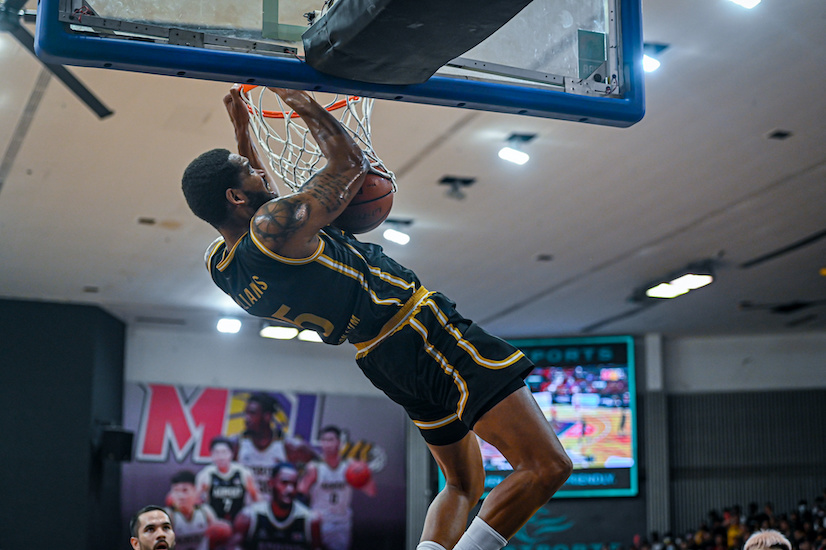 An alley-oop dunk by Ting Chun Hong at the 4:22 mark threatened to put the game in NS Matrix’s control but Tevin Glass led the fightback, scoring six points to ensure NS Matrix’s first-quarter lead was only six.

Wutipong Dasom had a huge second quarter, dropping 14 points to help Johor tie the score at 39 apiece at the half.

The Amir Williams show premiered in the third quarter with big American putting Wutipong Dasom on a poster at the 8:05 mark.

Amir Williams was unstoppable on both ends of the floor, keeping Tevin Glass at bay and scoring 14 points including a buzzer-beating three to give NS Matrix control with a 71-58 lead going into the fourth.

NS Matrix kept up their offence with the efforts of Wong Yi Hou, Ting Chun Hong and Kuek Tian Yuan increasing the lead to 19 with three minutes to go.

Although Johor’s late game run made the score respectable, the final result was never in doubt.

It was an excellent game for the Player Of The Game, Amir Williams, scoring 29 points on 76% shooting, grabbing 17 rebounds and blocking 3 shots.

Game 2 of the Finals series will play on Saturday.