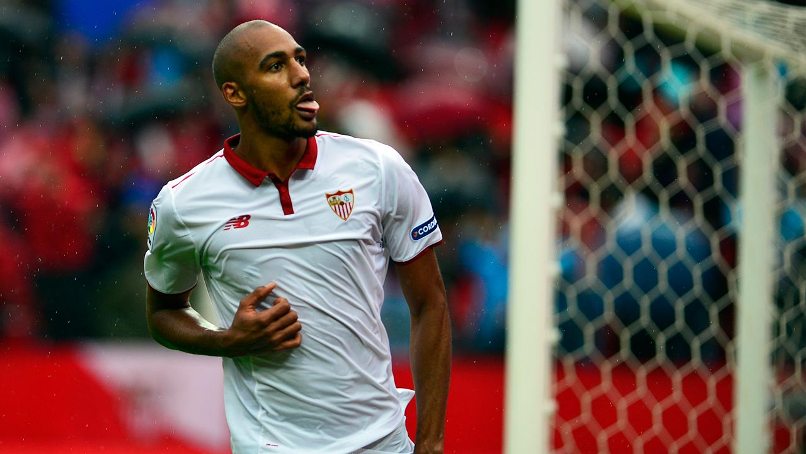 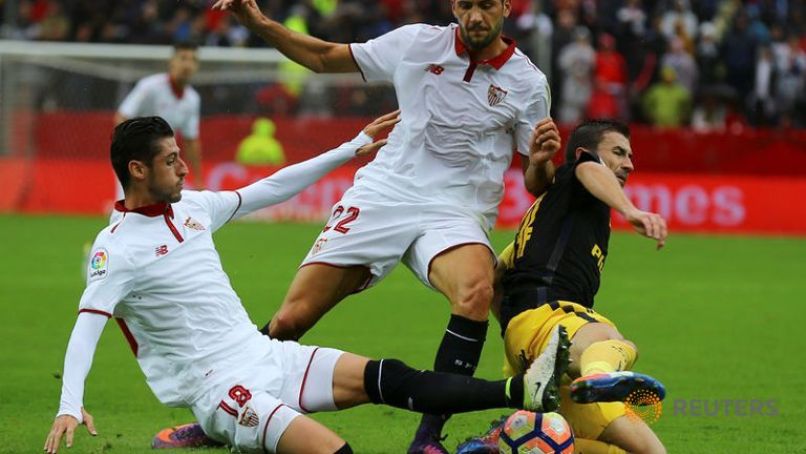 Steven N’Zonzi’s winner 17 minutes from time ended Atletico Madrid’s unbeaten start to the season and sent Sevilla top of La Liga with a 1-0 win at a soggy Sanchez Pizjuan on Sunday.

The visitors ended with 10 men as Koke was shown a second yellow card 13 minutes from time.

Sevilla move a point clear of Barcelona and two ahead of Atletico. However, Real Madrid can move back to the top with victory over Athletic Bilbao later on Sunday.

“It is an important win at home against such a strong side like Atletico,” N’Zonzi told BeIN Sports Spain.

Yet, the Frenchman refused to accept Sevilla are now serious title contenders alongside Atletico, Barca and Real Madrid.

“It is still very early and it is a long season.”

Atletico were the form side in Spain heading into the weekend after a run of eight wins in nine games, but paid for failing to take their chances in the first half as Sevilla extended their perfect league record at home this season.

A hero of Sevilla’s three consecutive Europa League triumphs, Kevin Gameiro received a mixed reception on his return to Andalusia, but he should have put Atletico in front when he shot straight at Sergio Rico on 16 minutes.

Angel Correa had an even better opportunity for Diego Simeone’s men six minutes before the break when he scampered in behind the Sevilla defence but failed to even hit the target.

Sevilla started the second period strongly in unrelenting rain that played its part in an end to end encounter.

The in-form Samir Nasri smashed against the post before Jan Oblak made a remarkable save to prevent Vitolo opening the scoring on the volley from point-blank range.

Vietto endured a woeful debut campaign at Atletico last season after a 20-million-euro ($21.8 million) move from Villarreal and was used as a makeweight in the deal that brought Gameiro to Atletico in the summer.

However, he came back to haunt his parent club as he clipped a fine ball over an uncharacteristically static Atletico defence for N’Zonzi to run through and slot coolly past Oblak.

Atletico’s already difficult task was made even tougher when Koke dived in rashly four minutes later to receive his marching orders.

Diego Godin could still have rescued a point for the Champions League finalists, but his late header was stopped low to his left by Rico as Jorge Sampaoli got one over his Argentine compatriot Simeone to continue his fine start as Sevilla coach.

Earlier, former Liverpool striker Iago Aspas struck twice as Celta Vigo smashed Deportivo la Coruna 4-1 in the Galician derby to move into the top half of the table. – Agence France-Presse