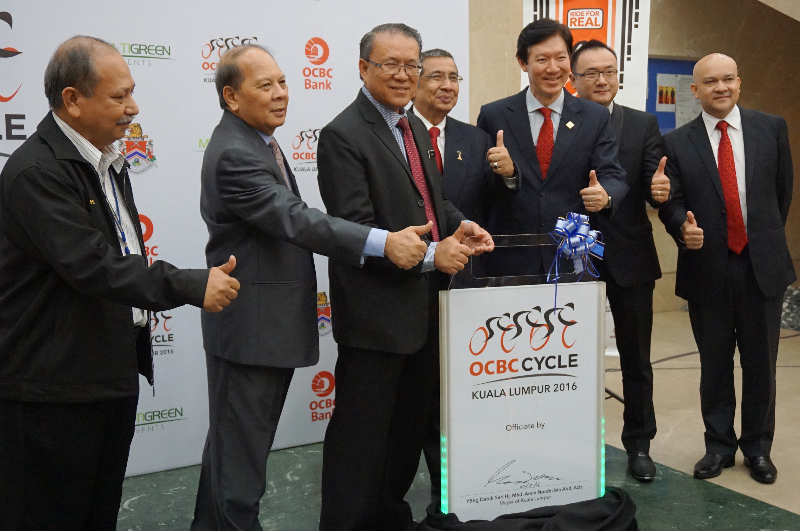 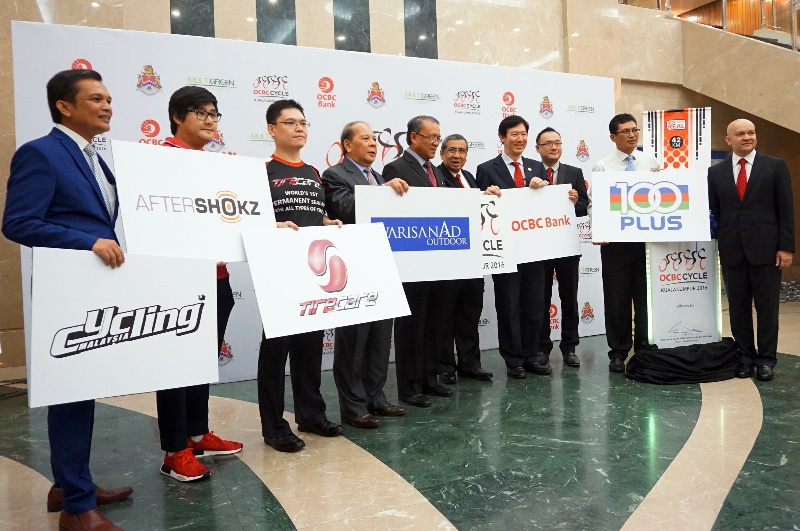 OCBC Cycle Kuala Lumpur, which drew 2,000 participants in its inaugural session last year, will be back for the second year on Sunday, 13 November at DataranMerdeka. It will feature a challenging 42km route for serious cyclists over longer, and thus fewer, loops on closed roads in the city centre.

OCBC Cycle KL 2016 aims also, among others, to bring together the various players involved in cycling, supplies, sports clothing, bicycles, bicycles equipment and tools, and so forth in what will culminate in the Sunday ride.

“OCBC Cycle KL continues to act as a natural progression for leisure cyclists in their journey from the slower-paced OCBC KL Car Free Morning to the more competitive 42km OCBC Cycle KLride that is sponsored by OCBC Bank, the same force that has been behind the success of OCBC KL Car Free Morning. We are pleased to supportthis mass participation cycling initiative in the heart of Kuala Lumpur,” Datuk Seri Mhd. Amin Nordin said.

According to Naim Mohamad, Chairman of the OCBC Cycle KL 2016 Implementation Committee, registration for OCBC Cycle KL isnow open via the ocbccyclekl.com website.

“Anyone who wishes to participate in a challenging 42km us ride should sign up now in order to enjoy the early bird participation rates. We’ve made the route a lot more excitingfrom last year so that it provides a fresh experience for those who were there last year and a refreshing one for those who will be participating for the first time,” he said.

Elaborating on the thinking behind OCBC Cycle KL, OCBC Bank’s Chief Executive Officer Ong Eng Bin said the event continues to draw from both the Bank’s experience as title sponsor of the highly popular OCBC Cycle Malaysia since 2011, the introduction of the OCBC KL Car Free Morning in 2014 and OCBC Cycle KL 2015.

“We are looking forward to providing a fantastic experience for the cycling community come 13 November 2016 and we hope a healthy spirit of competition will stream from the participants that morning,” he said.

The 42km route, which will be unveiled later, will flag off from Dataran Merdeka and take participants through the streets and iconic landmarks of Kuala Lumpur.

Apart from OCBC Cycle KL title sponsor OCBC Bank, the event will be supported by other sponsors including 100Plus, Inno Racks, AfterShokz, Tire Care Sealant, Sunplay, Ciclista,with several more to be unveiled in the months ahead.