Home International Ogier fastest in Shakedown at the Rally France 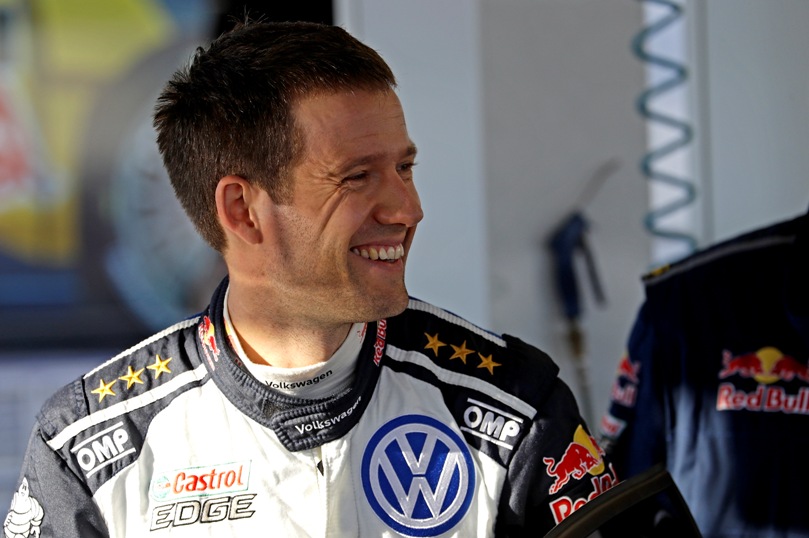 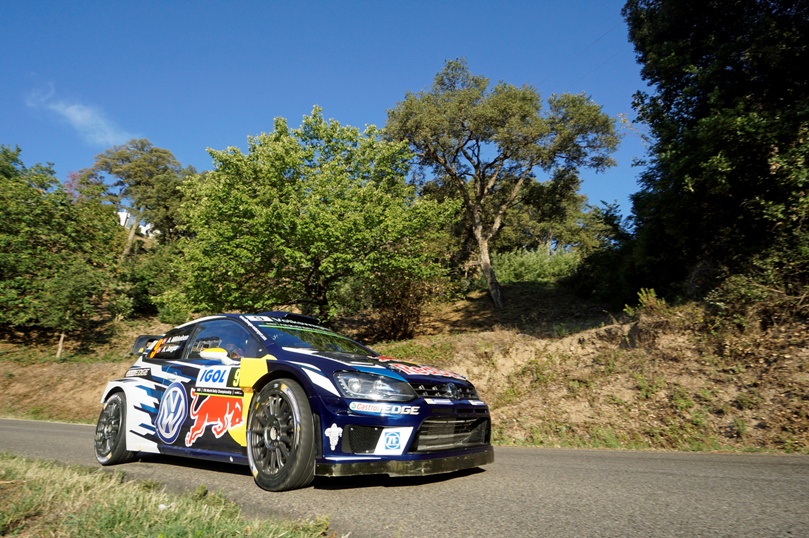 Wide awake going into the autumn of the WRC year – Sébastien Ogier/Julien Ingrassia (F/F) started their campaign at their home round of the World Rally Championship (WRC) with a fastest time. Each of their three runs in the Polo R WRC would have been quick enough to put the defending champions first or second in the Shakedown ahead of the Rally France on Corsica.

Their Volkswagen team-mates Jari-Matti Latvala/Miikka Anttila (FIN/FIN) ended “free practice” on the 5.4-kilometre asphalt route with the second fastest time, while Andreas Mikkelsen/Anders Jæger (N/N) were eighth fastest. The winding slow to medium-quick sections on the Shakedown gave the teams a taste of things to come over the next three days on Corsica.

The Rally France officially opens on Thursday evening with the ceremonial start in Ajaccio. The race itself gets underway on Friday morning with the first of ten special stages.

Quotes after the Shakedown at the Rally France

Sébastien Ogier, Volkswagen Polo R WRC #1
“It is nice to be back on Corsica, and the conditions are perfect this year. The Shakedown went well and the set-up is right for the rally. That is important, as Julien and I need to be wide awake from the very first stage on Friday. Those 50 kilometres demand the utmost concentration from driver and co-driver. And it is physically tiring. Unlike other rallies with similarly long stages, there are as good as no straights here. It is important to have perfect pace notes and find a good rhythm from the word go. My first goal is to win my home event here in France. I obviously also have one eye on the world championship and know that I could possibly win the title here – however, that is all theoretical, as my rivals would have to be unlucky for that to happen.”

Jari-Matti Latvala, Volkswagen Polo R WRC #2
“We had a really good test before the Rally France, but did not ultimately have time to try out all we wanted to with the set-up. We caught up with that today. By the end of the Shakedown we were really happy with our Polo R WRC and I think that was shown in our times. The route also gave us a good taste of what we can expect from the rally, although it was a little more tempting to cut the corners and throw mud onto the road than it will be tomorrow. All in all, it was a really good start to the rally.”

Andreas Mikkelsen, Volkswagen Polo R WRC #9
“That was a really representative stage for the Rally France here on Corsica. Very tight and winding. Perhaps one of the best shakedowns, when it comes to preparing for a rally. We tried a few new set-up variants, which were not actually ideal. Despite this, I am happy, as everything ran perfectly apart from that. It is good to have got a feel for the asphalt on Corsica again. We are ready to get going, and I am looking forward to it.”

Sven Smeets, Volkswagen Motorsport Director
“The rally on Corsica is a genuine classic on the WRC calendar and a real challenge for the driver, co-driver and team. Getting a good result here is a matter of prestige. It is extremely important to find the right rhythm from the word go – not only for the crews in the cars, but also for the team that prepares the three Polo R WRCs. A Shakedown always offers an excellent opportunity hit the ground running in the actual race. We certainly managed that today – from a sporting, organisational and technical point of view. As far as Volkswagen is concerned, the rally cannot start soon enough. We are ready.”