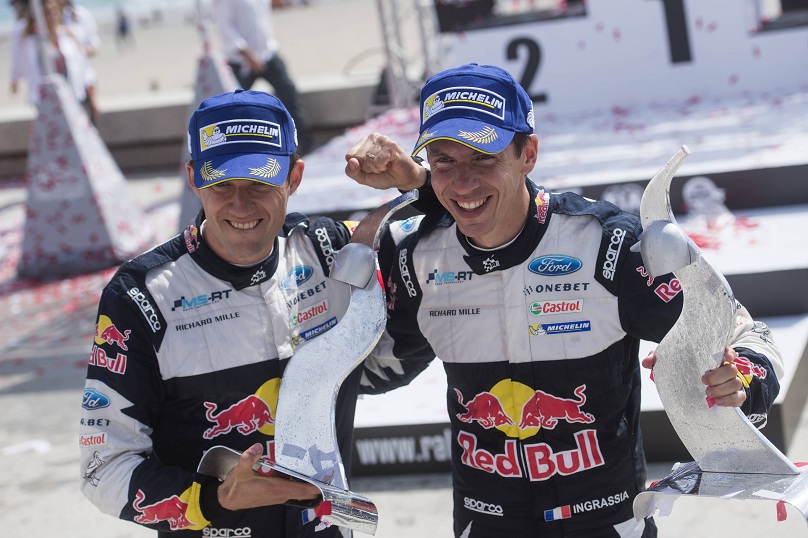 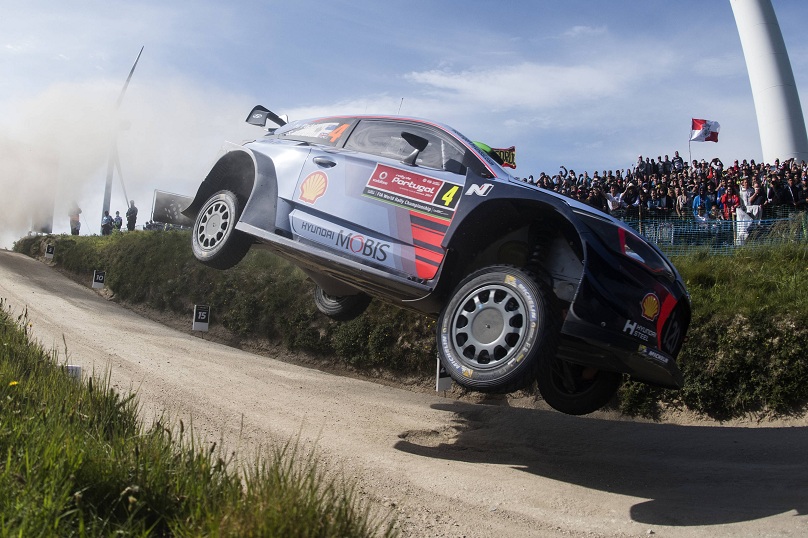 Sébastien Ogier increased his FIA World Rally Championship lead on Sunday with his second victory of the season by 15.6sec from Thierry Neuville.

Ogier, who scored his maiden WRC win in Portugal seven years ago, took the lead of the four-day dirt road encounter on Saturday morning in his Ford Fiesta.

Holding a comfortable advantage, he eased through the final leg to add to his season-opening win in Monte-Carlo.

“After the struggle we had in the last round, it’s fantastic to be back on the top step of the podium again,” he said.

Remarkably, Ogier was one of seven different drivers to lead this sixth round of the season. Belgian Neuville was another. He topped the standings in his Hyundai i20 Coupe after Thursday night’s opening speed test, but slipped away before recovering to second.

Neuville, targeting a hat-trick after victories in Corsica and Argentina, changed his driving style in a bid to regain top spot however conceded defeat early on Sunday morning. Nevertheless he moved up to second in the title battle, 22 points behind Ogier.

Team-mate Dani Sordo finished a further 46.1sec behind in third. The Spaniard struggled with the handling of his i20 on the dusty gravel roads and could not fend off Ogier and Neuville after lying second earlier in the weekend.

Ott Tänak looked to be the man to beat on Saturday. He led before swiping a bank and breaking his Fiesta’s suspension and brakes. He recovered to finish fourth, almost half a minute adrift of Sordo.

Craig Breen was again the leading Citroën C3 driver in fifth, the fourth occasion in six rallies he has occupied that position. He was 27.2sec adrift of Tänak, but well over a minute clear of Elfyn Evans’ Fiesta.

The championship reaches its midpoint next month at Rally Italia Sardegna. The four-day gravel fixture is based in Alghero on June 8 – 11.