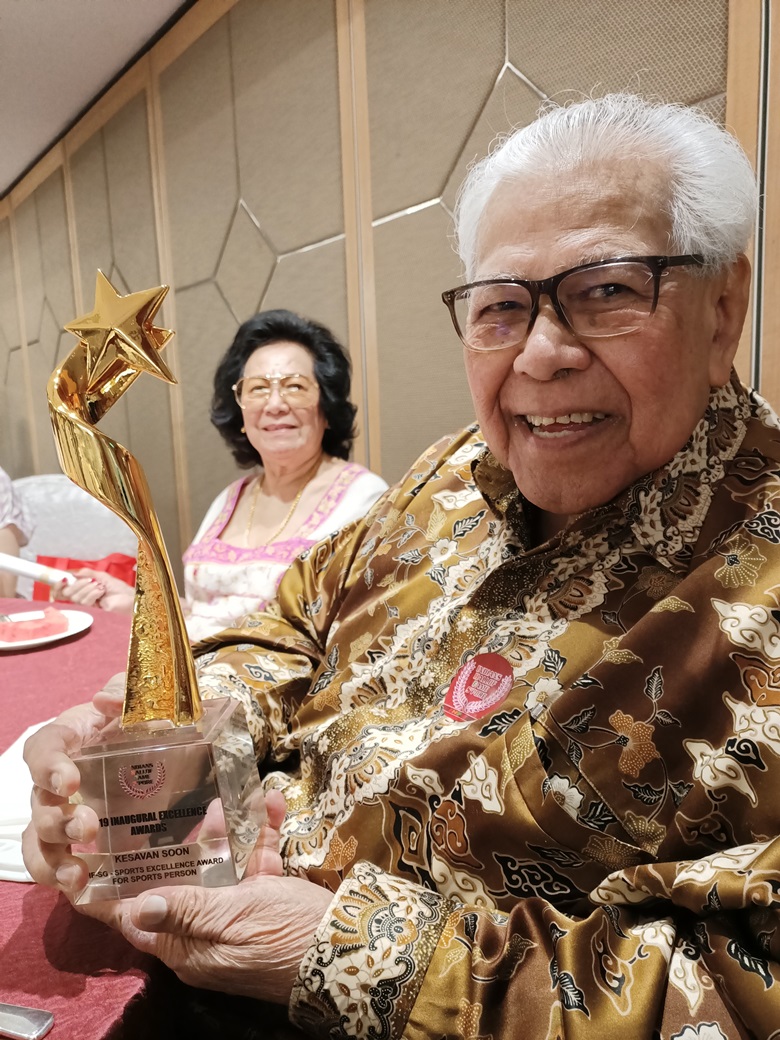 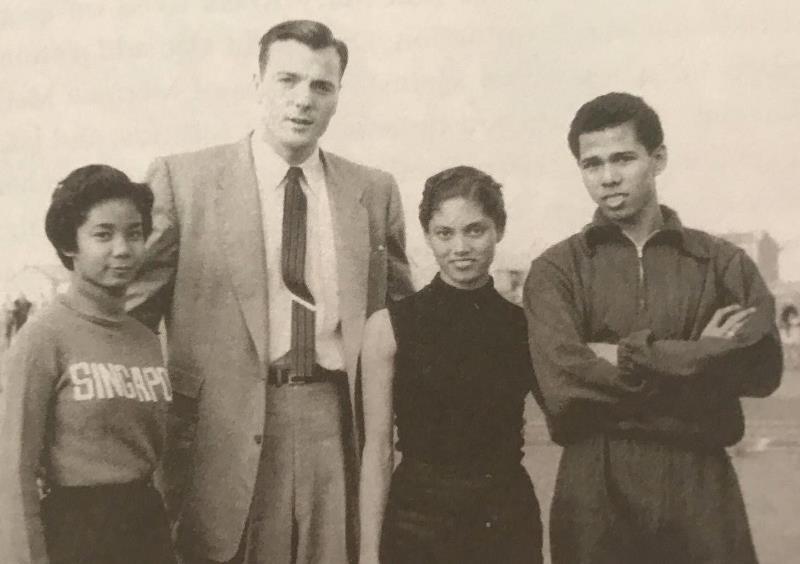 OLYMPIC Games sprinters Kesavan Soon and Canagasabai Kunalan were among the elite personalities honoured in the inaugural Singapore Indians Hall of Fame (IHFS) at a gala dinner at the exclusive Singapore Recreation Club over the weekend.

The IHFS awards is the first of its kind in Singapore and timely recognises the achievements of many of the pioneering and contemporary Indian heroes who’ve contributed to the success of Singapore by excelling in multiple fields from politics, arts and sciences, community service, women empowerment,  philanthrophy, medicine, sports, just to name a few.

In the pinnacles of Olympics sports, few ever come close to Kesavan Soon, who retired career-wise as a Lieutenant-Colonel (LTC) in the Singapore Armed Forces (SAF). He rightly says that the  experience in an Olympic Games – the pinnacle in any sportsman’s career – as a track and field athlete, was a “breathtaking journey”. 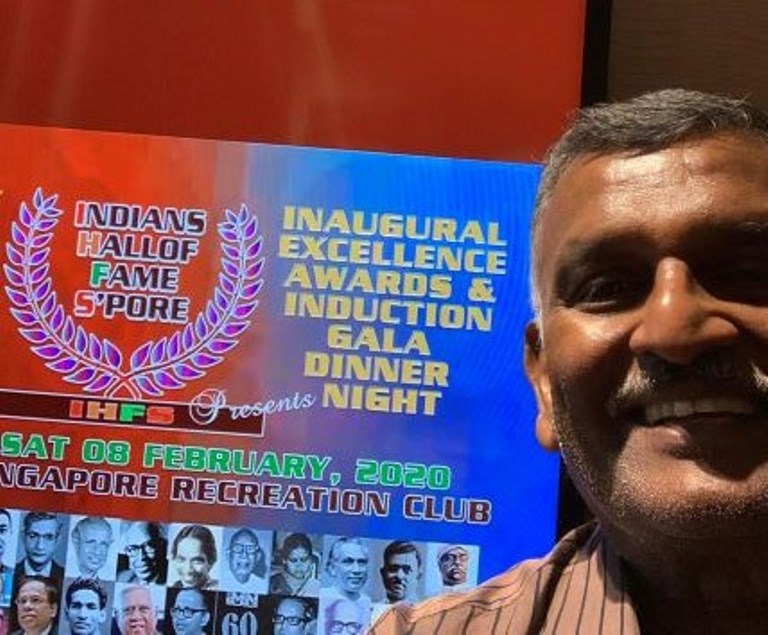 He says candidly: “On hindsight, I can never ever be like a (swimmer) Joseph Schooling, 64 years later (who won the 100m butterfly at the 2016 Rio de Janeiro Olympic Games), simply because if you’re not prepared for the world’s ultimate sporting stage, it can well be more pressure than pleasure. What matters is the inevitable mind-bending pressure before the performance of your life.”

Soon, rather ironically, was more fanatical about rugby rather than the track until he was spotted by (American sprinter legend) Jesse Owens and told to get sprinter-serious. For a wet-behind-the-ears schoolboy who barely completed his GCE ‘O’ Levels (then called Senior Cambridge examination), it’s an “unbelievable dream-come-true experience”.

He adds that like retired teacher Kunalan and the majority of the Singapore-based icon athletes, whatever the sport, an “Olympic debut means close to an early lifetime of training – full of innumerable repetitions, practice sessions, and sacrifices – finally paying off”. He recounts: “There comes a point not long into every Olympics when hope and reality start to divide. It’s sometimes the part you don’t always see on television, or read about here, when the Olympics become less about the faster, higher, stronger, and more about holding back the tears.”

Kunalan, who competed against Malaysia’s “Flying Doctor” Tan Sri Dr Mani Jegathesan in the 1960s to be Asia’s “Fastest Man”, says: “Multiple questions crackle my head over the blood, sweat and tears of Singaporeans who have worked and trained and only a few of us ever come away from the Olympics with all we’ve been dreaming for.

“God only knows what it must be like for the older generation of athletes. For every Lloyd Valberg (London Games, 1948), Tang Pui Wah (Helsinki, 1952), Mary Klass, Janet Jesudason and Tan Eng Yoon (Melbourne, 1956), Tan Howe Liang (Rome, 1960), Ang Peng Siong (Los Angeles, 1984) and Joseph Schooling (Rio de Janeiro, 2016), there are countless others who come away with nothing at all.”

For the record, Kunalan’s legendary track and field feat of 20 regional medals – four golds, nine silver and seven bronzes – will be heroically acknowledged as he was the face of Singapore sports in the formative years of Singapore’s independence. Poignantly, he was named SNOC Sportsman of the Year, consecutively in 1968 and 1969. 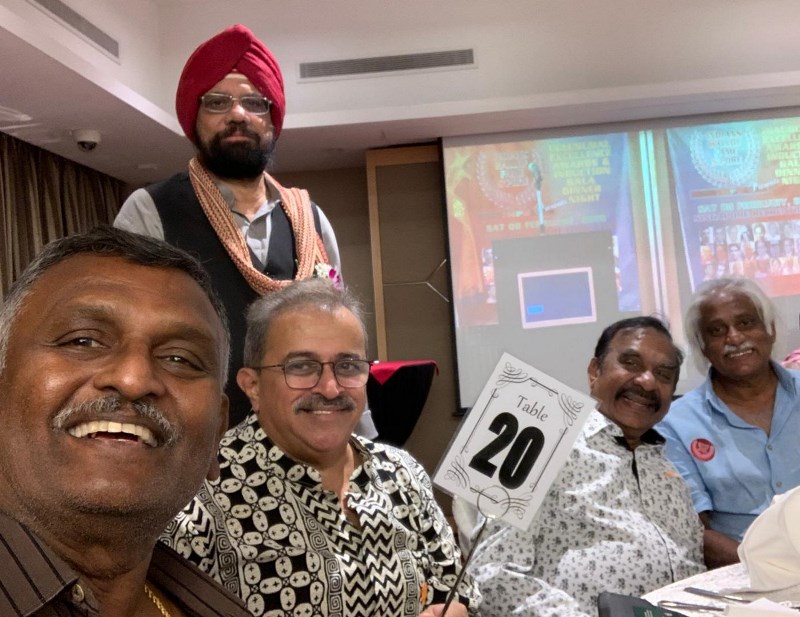 Both Kesavan and Kunalan are now “extremely proud” to be honoured with the IHFS Awards as, in their respective words, “these awards will spur the younger generation to greater sporting heights…just to be the very best they can be in their personal and professional lifetimes”.

Also decorated for sports, was former Selangor-born Dr A. Vijiaratnam, who outstandingly  represented Singapore in four sports, namely hockey, cricket, football and rugby during the years from 1946-1956. He passed away in February 2016, at 94 years, not without excelling even in academics as Singapore’s first Asian engineer and a top civil servant and the first pro-chancellor of the Nanyang Technological University (NTU).

Three-time SEA (South-East Asia) Games medallist Sarvindar Singh Chopra, who represented Singapore at athletics, weightlifting and judo, saluted the IHFS recipients as he was one of the key figures behind-the-scenes as he sat on the founding IHFS management council.

He says: “Kesavan and Kunalan were among the pioneering legends who contributed in making Singapore a great regional  sporting nation. I’d say that the awards are a timely celebration of the achievers who have made, or are making, an impact on our nation – the boundary breakers and record holders, the risk-takers and change-makers, the role models and the standard setters.”

Sarvindar, the Deputy President of IHFS Management Council, salutes that for sportsmen the “Olympics mania, in a nutshell, is all about overcoming life’s obstacles and adversities”. He adds: “It’s about how you touch people and every day, they’ll remember what motivated them to run in the world’s highest platform, once in a lifetime, and to come home and be a Singaporean Olympian for the rest of their lives.”

He knows sports heroes like Kesavan and Kunalan will forever echo the spirit of Olympism which was developed by Pierre de Coubertin, the French historian and educator who revived the modern Olympic Games.  Sarvindar reminds that according to the Olympic Charter, “Olympism is a philosophy of life, exalting and combining in a balanced whole the qualities of body, will and mind. Blending sport with culture and education, Olympism seeks to create a way of life based on the joy found in effect, the educational value of a good example and respect for universal fundamental ethical principles.”

And the most endearing words of Pierre de Coubertin, hailed as the ‘Father of the modern Olympic Games’: “The most important thing in the Olympic Games is not winning but taking part; the essential thing in life is not conquering but fighting well.” 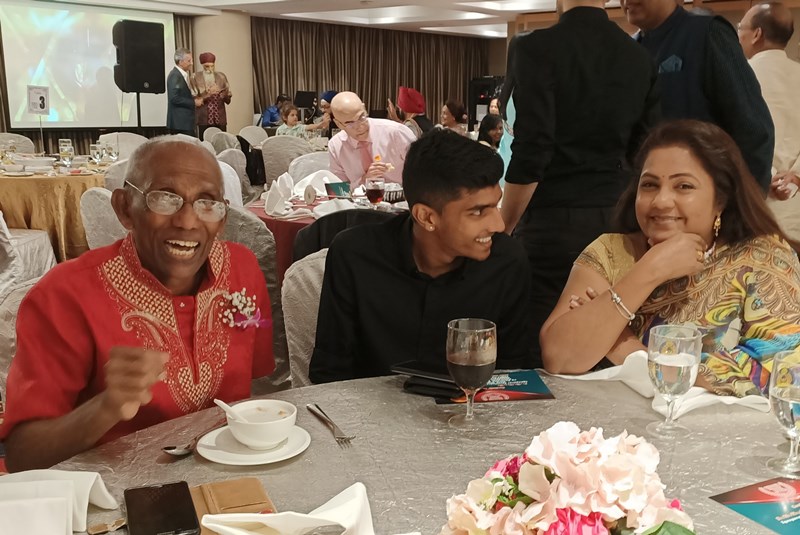 For Kesavan Soon, he will be launching his biography in an upcoming book : “Olympian and Officer”. In his words: “I will be recollecting a schoolboy’s euphoria to be an Olympian as I was spurred by my Victoria School principal Michael Campbell to take the biggest sporting shot in my life, still wearing my school pants! Now when I look back, the Olympics meant everything to me. Pretty surreal feeling, I must confess.

“Much as I was wet-behind-the-ears, this was the highlight of my life. I will never forget, when I walked into the Melbourne Olympic Stadium in 1956, the first thing I noticed was Pierre de Coubertin’s motto of “not winning but participating…the most important thing in life is to fight well and not to conquer.”

This book, scheduled to hit the streets in April, also offers multiple perspective of the Olympic experience, not just in participation but in overall organisation, even wondering if Singapore can ever stage the world’s biggest sports and what it really takes to make it to the highest sporting platform in the world.

Or even, rather critically, if Singapore will ever produce another gold-medalist like Joseph Schooling, who deservedly received an extraordinary standing ovation in the Singapore Parliament, too, for winning the 100m butterfly gold at the Rio 2016 Games. – By SURESH NAIR.

* Suresh Nair is an award-winning Singapore journalist, who has covered regional sports for over four decades. He feels the IHFS awards is perfect recognition for Singapore Indian celebrities, rightly so in the current Bicentenary celebrations of Singapore.