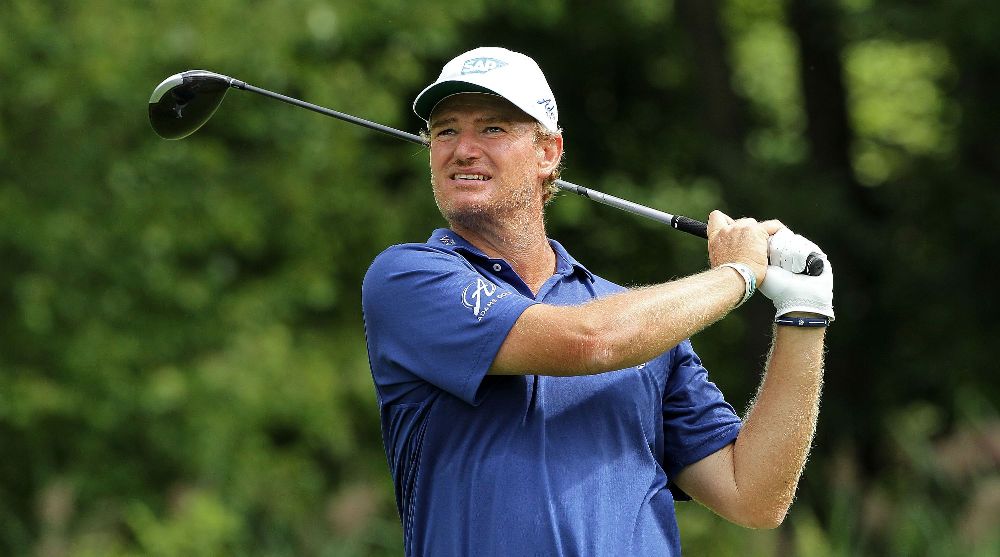 Former Open champions Ernie Els and Darren Clarke believe that incorporating the Open Qualifying Series (OQS) within next month’s Thailand Golf Championship is a boost for both the Asian Tour and the game’s oldest Major.

A total of four places at the 2015 Open Championship, to be played next July at St Andrews, will be up for grabs in Thailand, and the illustrious duo, both of whom will be teeing it up at Amata Spring Country Club from December 11-14, are fully behind the new initiative.

The Open Qualifying Series has replaced the R&A’s International Final Qualifying for The Open, which was introduced in 2004 and involved standalone 36-hole qualifying events across five continents.

“The Thailand Golf Championship has developed a reputation for bringing the finest players from Asia together with those from overseas, so it makes perfect sense that the Open Qualifying Series should be a part of the tournament,” said South African legend Els, who won the 2002 and 2012 Opens at Muirfield and Royal Lytham and St Annes respectively.

“Having the spots available for St Andrews definitely adds another exciting dimension to the tournament and a lot of the guys will be gunning for them. To play in the Open Championship is the ultimate.”

While the Thailand Golf Championship boasts a stellar field of international players – defending champion Sergio Garcia, two-time Masters winner Bubba Watson, current US Open champion Martin Kaymer, Ryder Cup heroes Lee Westwood and Victor Dubuisson, in addition to Els and Clarke, have confirmed their participation in the US$1 million event – the Open Championship spots will go to the leading four finishers who have not already qualified.

Clarke, who enjoyed the finest moment of his distinguished career at The 140th Open at Royal St George’s in 2011, where he held off Dustin Johnson and Phil Mickelson to clinch the Claret Jug amid jubilant scenes.

“There’s no doubt that having a 72-hole event is a fairer system for the Asian Tour players hoping to qualify,” said the Northern Irishman, who also has two World Golf Championship titles to his credit.

“It’s an enhancement of the process and ultimately means the Open Championship field will be stronger as a result.”

Clarke has achieved significant success in Asia – he won the 2008 BMW Asian Open in addition to three Japan Golf Tour events – and is hoping to end his year on a high at Amata Spring.

“I really enjoy the golf course and I feel like my game is heading in the right direction, so there are a lot of positives and it’s a week I’m really looking forward to,” he said.

The 46-year-old returns to The Land of Smiles for the first time since playing in the first two editions of the Thailand Golf Championship in 2011 and 2012, and is in the shape of his life after embarking on a strict exercise regime. Under the guidance of trainer Jamie Myerscough, Clarke has lost in excess of 35 pounds in the space of just a few short months.

Another initiative at the Thailand Golf Championship that Clarke is fully supportive of is his involvement with Starwood Hotels and Resorts, one of the tournament’s partners. Starwood Preferred Guests have the opportunity to bid Starpoints for a package that includes three nights at the St Regis Bangkok, a VIP pass to the event, an invitation to the opening cocktail gala and a place in Clarke’s Pro-Am team.