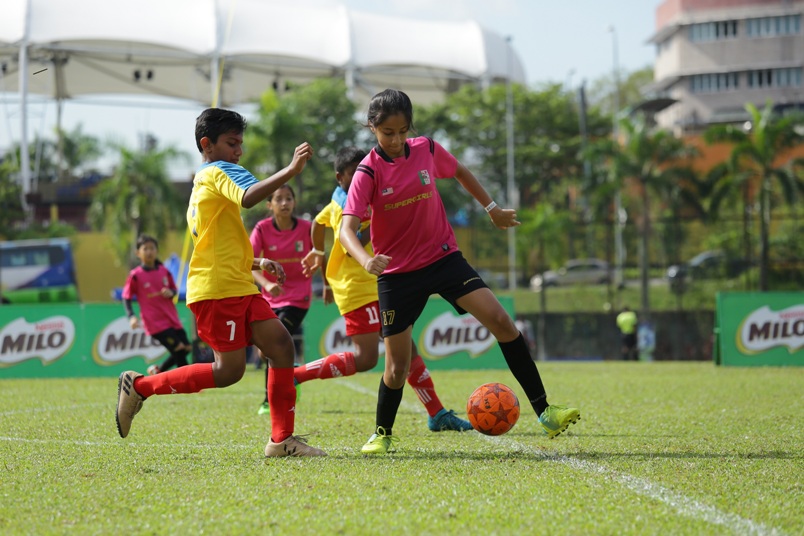 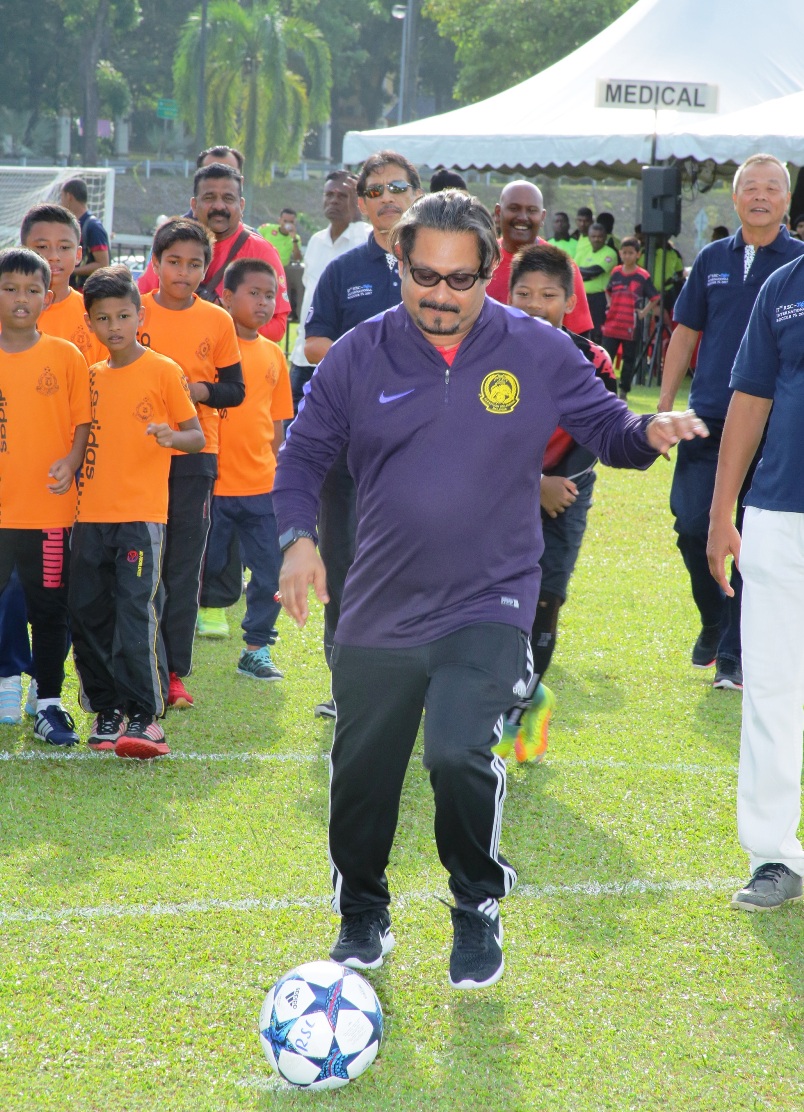 Parents should encourage and support their children to take up football seriously because there is a career in football.

“Malaysian football maybe still developing, but it has come a long way since its amateur days to semi-pro and now professional,” told the 20 Under-12 participating teams and their parents in his opening address.

“These days some of the top clubs pay as high as RM90,000 a month for their players while even clubs who run their team on tight budget, pay about RM30,000.

“FA of Malaysia under the new leadership of Tunku Mahkota Johor is doing everything possible to raise the standard football in the country, but like everything it takes time. We need the support of all and programmes like these by RSC also play a key role for the future,” added Subahan before officially declaring open the tournament.

RSC as part of the community service, also brought children from the Divine Mercy Boys Home to witness the tournament, handed goodie bags and provided lunch.

Newly elected president of RSC Eapen Thomas in his opening address congratulated organsing chairman St John Davies and his team and soccer section convenor Datuk Kevin Christopher for putting up this grand tournament  which not only last attracted local teams but foreign teams from Netherlands, Singapore, Thailand, India, Australia, Brunei, and the Maldives.

“RSC is among the pioneer clubs to have initiated a Junior Soccer Development Programme, playing a significant role in the development of the game in the country,” said Davies.

“All these players have featured regularly in the RSC Under-12 International Soccer 7s in the past.  It is indeed an achievement for these players to have graduated from our JSDP programme to play for state and country.”

RSC Soccer Section, which has about 100 active social soccer-playing members, will be represented by one team in the Masters category and two teams in the Grand Masters category.

In the Under-12 category, RSC will be represented by two teams – RSC Harimau and RSC Eagles.

Teams from the Netherlands, Singapore, Thailand, India Brunei and the Maldives add international flavour to the tournament.

The tournament also sees a return of the Malaysian Grasshoppers, a team comprising expats working in Malaysia. KLM, a regular participant in the tournament, have also made their journey from the Netherlands.

The Masters, the above 40 age group category, will have 16 teams, and the Grand Masters category, for those above 50, will see an increase in teams this year, from 12 last year to 16 this year, due to overwhelming requests to participate.

The Under 12 category due to the over whelming demand, has also seen an increase to 20 teams. This year the U-12 will have an additional category, the Bowl competition to cater for the participation of 20 teams.

For the first time two all-girls teams, one each from Singapore and Malaysia – Girls Dream Team Circuit FC and Super Girls Subang Jaya.

Australian side Swan Districts return once again, apart from Singaporean teams, JSSL Singapore and the Soccer Mates from Maldives. Regular local teams to feature include academies such as the CIMB YFA, Little League, Bintang Biru Penang and Harimau Mega FC from Johor.