Home News Others Paul Mony Samuel: A Celebration Of Life 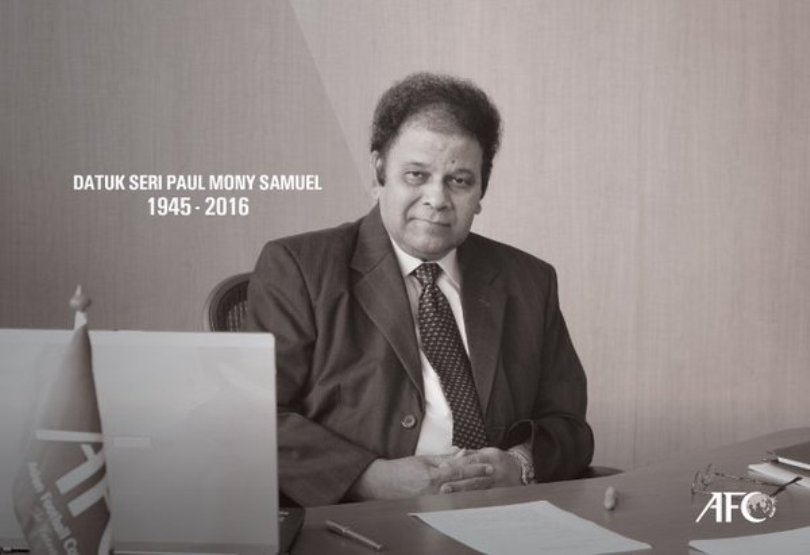 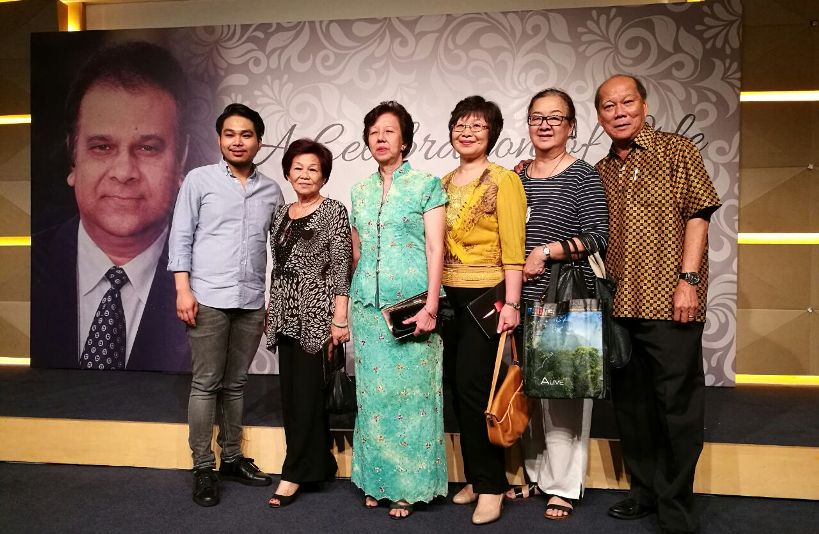 THREE months and three weeks after he died, Paul Mony Samuel was remembered in a nostalgic reunion at the Concorde Hotel Ballroom in Kuala Lumpur.

Some of the biggest celebrities in Malaysian football turned up, to join the Samuel family and friends to sing distinguished praises for the 72-year-old world-class sporting gentleman, who died on April 16 from complications stemming from Parkinson’s disease.

‘A Celebration Of Life’ was the exemplary four-worded title-salute at the Sunday memorial on August 7 in Kuala Lumpur for the late Dato Seri Paul Mony Samuel, the humble “kampong” lad from Kuala Ketil, Kedah, who rose up the skies to be a global football demi-god.

Datin Seri Kristine Samuel and only son, Andrew Paul, and closest family members, were overwhelmed by the evocative occasion as family and friends recounted their very special moments of this footballing giant.

I was blessed to be at the memorial, where a celebrated slew of speakers spoke from the nitty-gritties of Dato Seri Paul’s dedicated teaching in primary, lower secondary schools and teacher training colleges, and, rather extraordinarily, how the man with the biggest heart for the grassroots, would go out of his way to aid pupils in need of the financial sustenance to continue with their schooling.

As the famous Malaysian journalist Terence Netto, of The Malay Mail, says: “Paul was a 1Malaysia person long before that slogan was minted. He helped Malay, Chinese and Indian pupils, students, peers and friends whenever he perceived their need or it was requested of him.

“He showed sympathy for the plight of those on the lower rungs of places where he worked and served, and whenever he could, helped and uplifted them. He gave breaks to many, keeping in mind the times when he too was the recipient of breaks rendered by others.”

In the 15-page memorial book to commemorate the Sunday occasion, I hailed Dato Seri Paul as a “modern-day global football thinker”, a “gentleman who even honoured the groundsman”!

I noted an old saying: “Give honour where honour is due”. And to Dato Seri Paul, this was a life mantra. He never undermined authority and even in disagreement, he was absolutely gracious.

Dato Seri Paul, let me write this from the bottom of my heart: No words can complete how Malaysia, Singapore and Asian football can ever thank you for your phenomenal contributions to world football. As Kuala Lumpur-based high-powered PR director Christopher Raj says, quoting the biblical line in 2 Timothy 4:7, “he fought a good fight, he finished the race and he kept the faith”.

If one wondered about the munificence of giving to others in the later years, one merely had to advert to the Christian saying that to whom much is given, much is required. Having been given much, Dato Seri Paul gave in return until it, in some instances at least, must have hurt him.

Little wonder then that Sunday’s memorial was, aptly themed, “A Celebration Of Life”, divinely bathed in the warm glow of gratitude exuded by recipients of his faith-driven giving.

Ironically, if you wondered why it took three months and three weeks for an iconic memorial to be organised, I can reveal it’s because the ‘Magnificent Seven’ – smashing former  journalists George Das, R. Velu, Lazarus Rokk, Fauzi Omar, Johnson Fernandez, Christopher Raj and AFC General Secretary Windsor Paul John – allowed a suitable period of time to elapse after it seemed the Football Association of Malaysia (FAM), to which Paul had given 16 years of insuperable service as secretary-general (1984 to 2000) and before that had done several probationary stints which had showcased his top quality, were not going to do so.

It’s in my opinion, a saddest testament that Malaysian and Singaporean sporting heroes, who give their “blood, sweat and tears”, and hailed on the global stage, are seldom recognised by the local association which they had served. This can only be summed up as an absolute shame or a stab of conscience of the lack of a lively sporting culture in both countries.

We love you, Dato Seri Paul.  Rest in peace and be consoled that you’ll always be remembered and celebrated in life.

In my mind forever, he will remain a fascinating breath of fresh air for sportsmanship.

Come the anniversary, or three years or three decades from now, the candle will still burn bright simply because Dato Seri Paul’s extraordinary compassionate legacy will live on for the younger generations to emulate.

I will forever salute THE man: A very rare breed of Made-in-Malaysia exemplary football statesman.