Home 2022 Pearly-Thinaah receive incentive from 100PLUS 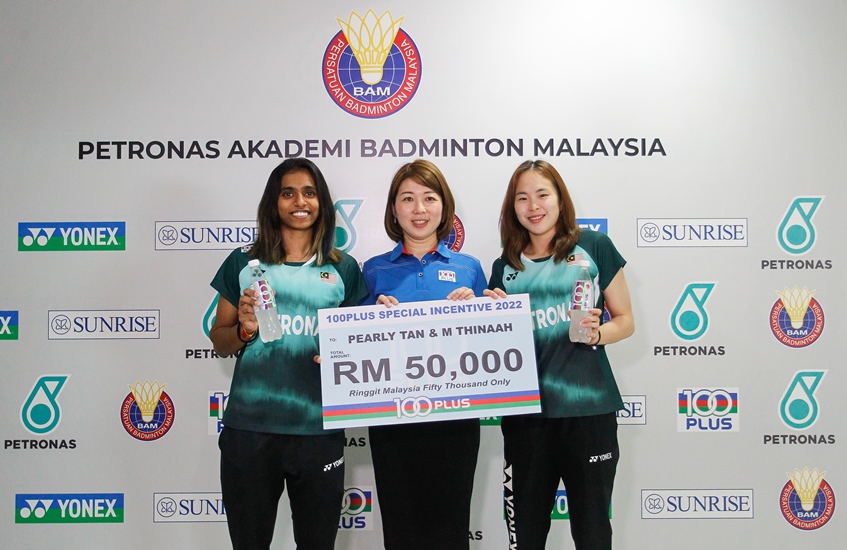 National women’s doubles duo, Pearly Tan and Thinaah Muralitharan, had an amazing run this year. For their outstanding efforts, the World No. 9 ranked pair today received a special incentive of RM50,000 for the year 2022 from their sponsor 100PLUS.
The special incentive is a timely boost for them ahead of the season-ending BWF World Tour Finals which will take place in Bangkok next week.
“100PLUS hopes this incentive will further motivate Pearly and Thinaah at the World Tour Finals. We look forward to another smashing performance from them,” said Ms Leong Wai Yin, Business Director, F&N Beverages Marketing Sdn Bhd. Wai Yin presented the incentive today.
Pearly and Thinaah, who are 100PLUS Brand Ambassadors, were gold medallists at the Birmingham Commonwealth Games and recently created history when they became the first Malaysian women’s pair to win the French Open.