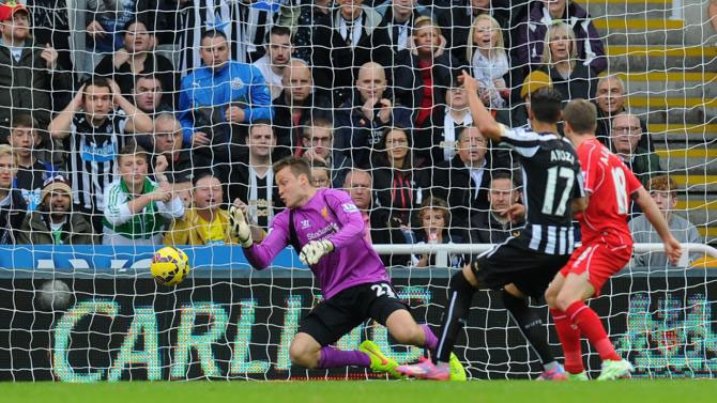 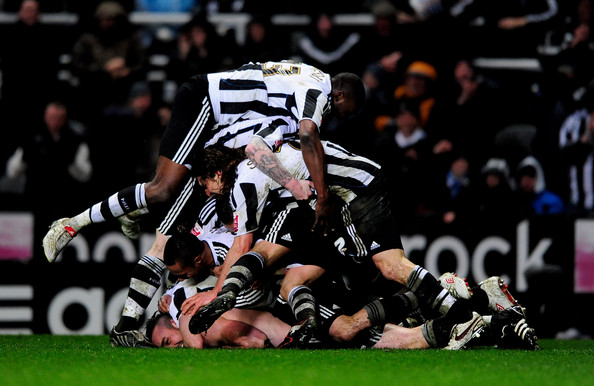 Spanish substitute Ayoze Perez netted the only goal of the game as Newcastle United added to Liverpool’s woes by beating the Reds 1-0 at St James’ Park on Saturday afternoon.

There was always a chance that Liverpool would suffer at the hands of Spanish opposition in the week ahead, but few would have predicted their tormentor to be Perez.

Last season, the 21-year-old was playing for Tenerife in Spain’s second division but he proved more than equal to the challenge when his chance came against Liverpool, pouncing on a mistake by Alberto Moreno to sweep home from close range 17 minutes from time.

Three days before his side take on Real Madrid in the Champions League, Liverpool manager Brendan Rodgers was forced to endure another awkward day in charge of the Merseyside club.

With Mario Balotelli anonymous once again, Steven Gerrard struggling to exert his authority despite coming up against Mehdi Abeid and even Raheem Sterling suffering a rare off day, Liverpool were insipid throughout.

Newcastle were no more cohesive for long spells, but, in front of their own fans, the north-east side played the better football, created the better chances and displayed a ruthless streak in the box when the opportunity finally came along for Perez.

The Spaniard, who was a half-time replacement for Papiss Cisse, had scored in the win at Tottenham Hotspur six days earlier, and is rapidly finding his feet after a £1.8 million ($2.9 million, 2.3 million euros) pre-season switch from Tenerife.

Having watched his supposed shadow side outplay Manchester City to knock the holders out of the League Cup three days earlier, it was no surprise that Newcastle manager Alan Pardew retained faith in Abeid, Sammy Ameobi and Gabriel Obertan, three of the leading performers at the Etihad Stadium.

Newcastle’s French experiment has had some notable successes in the last few years, but the fact that Yoan Gouffran and Remy Cabella were both left out of the starting line-up was telling. With a number of their academy players prominent, the Magpies’ first-choice side is adopting a more local feel.

The academy contingent swelled to six midway through the first half when Rolando Aarons replaced Obertan, whose recent renaissance came to a shuddering halt when he fell to the ground clutching his thigh.

Obertan’s departure was one of the few notable aspects of a thoroughly forgettable opening period, with neither goalkeeper having to make a meaningful save.

Glen Johnson nodded away Cisse’s goalbound effort from his position on the goal-line, before Martin Skrtel failed to find the target as he met Gerrard’s corner with a powerful header from eight yards out. On the whole though, the action was restricted to some unappetising midfield scrapping.

Things improved marginally after the break, but while Balotelli briefly sparked to life with two long-range efforts that were easily saved by Tim Krul, Liverpool’s players were unable to rouse themselves from their slumber.

Newcastle went close through a long-range effort from Paul Dummett before Perez struck as Moreno failed to clear a Moussa Sissoko ball into the box.

And he should have added a second when Cabella went clean through following a one-two with the Spaniard, only for his low shot to be saved by Simon Mignolet.

Suddenly, the Magpies look to have discovered a slick counter-attacking style that should serve them well for the remainder of the season. When it comes to Liverpool, any form of attacking would be an improvement on what they are serving up at the moment. – Agence France-Presse