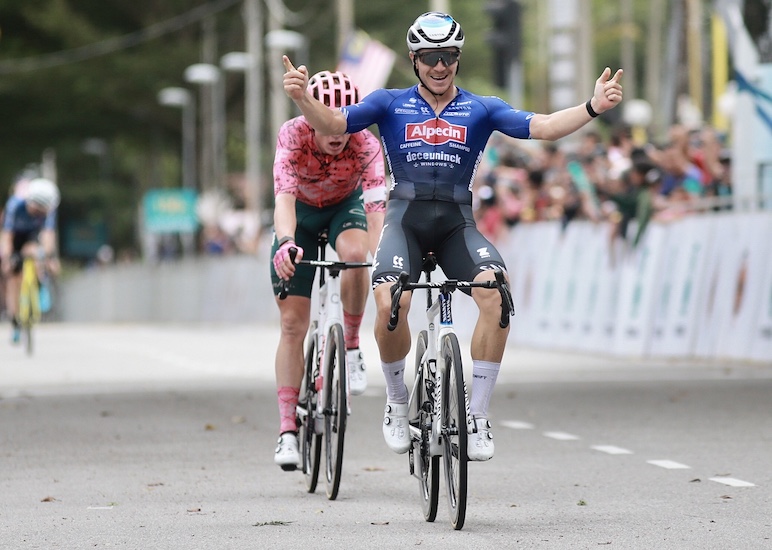 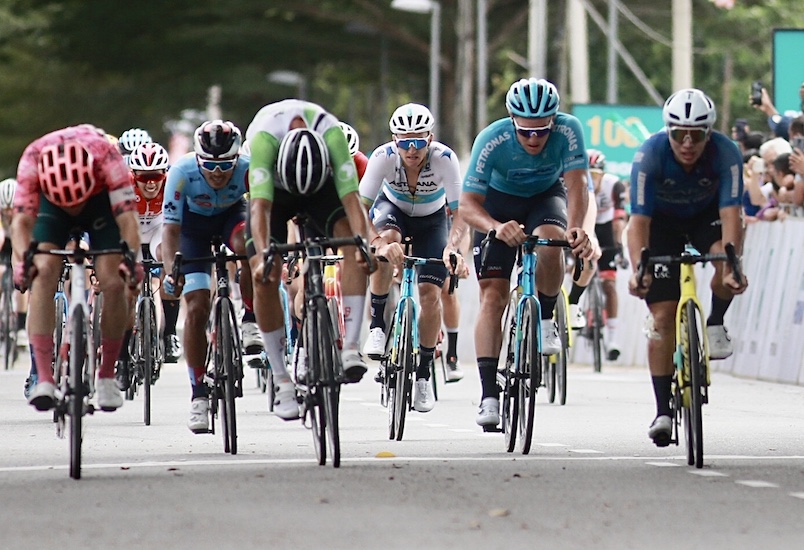 Yesterday, Alpecin took their first victory with Jakub Mareczko winning a Stage 4 in a bunch sprint finish in Ipoh.

Taminiaux kept Van den Berg, who last won a stage in Tour de Pologne last year, closely in check in the last 200 metres and finally outsprinted the lanky Dutchman with 50 metres left to take the stage in 3 hours 41 minutes and 42s.

“I’m happy with the win and the team worked well with good strategy today. Movistar set a good pace towards the climb and few good sprinters were dropped.

“I took my chances and it was a bit of gambling towards the end of the race…but I took my chances well.  I felt good and always knew that I have a strong sprint to finally outsprint Van Den Berg with about 50 metre to the finish,” said Taminiaux, a pro since 2015. 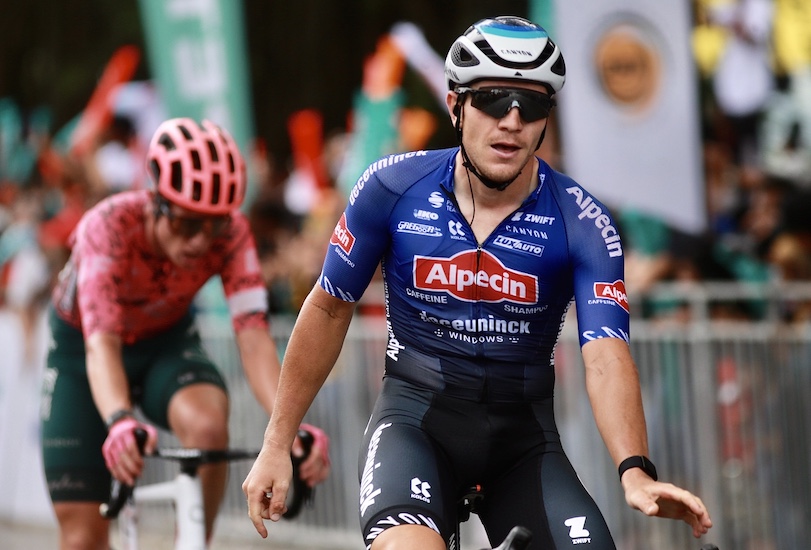 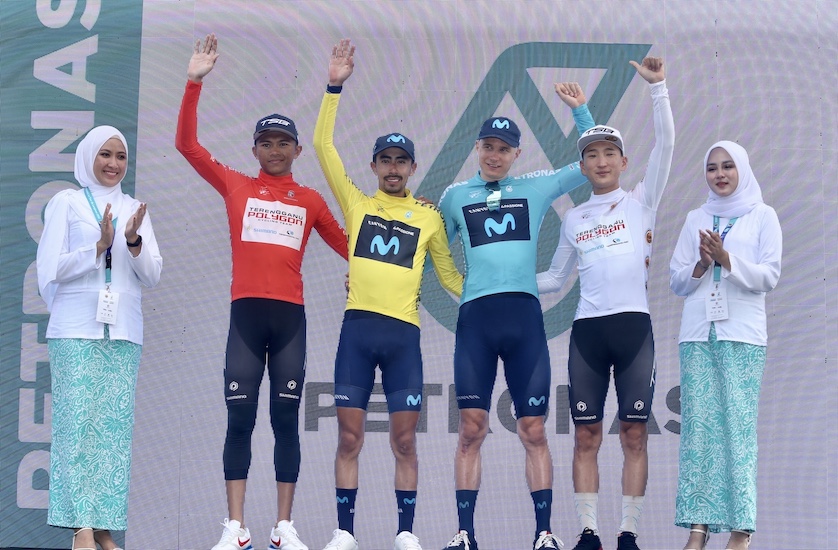 While Movistar’s Ivan Sosa remains in yellow as general classification leader for the third consecutive day and Terengganu Polygon Cycling team Muhammad Nur Aiman Zariff continues to keep the red mountains jersey, there were changes in leaders in the sprints classification and KBS white jersey for Asian category.

After five days of racing, Max Kanter, who came in fifth today, took over the sprinter’s green jersey from Astana’s Gleb Syritsa who was two rungs down to third spot in the sprints classification.

Movistar’s Kanter lived up to his top billings, snatching seven points in the two intermediate sprints which put him in the lead with 31 points, with Taminiaux following closely with 30 points and Syritsa (27).

New Asian leader, Jambaljamts Sanbayar of TSG, was also aggressive soon after the race was flagged off from Kuala Kangsar, raking in valuable points after winning the KOM climb in Sumpitan, which gave him an advantage of one second over previous leader Andrey Zeits of Astana Qazaqstan.

Sosa arrived safely in yellow in the main pack and continues to lead the general classification with 23 seconds over EF Education’s Hugh Carthy.

Movistar is now in the driving seat in team classification while Terengganu Polygon Cycling Team is Asia’s best team with a 21-minute gap over Thailand Continental Team.

Tomorrow’s Stage 6 over a distance of 120.4km from Georgetown to Alor Setar presents sprinters with another shot for the podium with three intermediate sprints offered at Penang Bridge (7.8km), Bagan (25.5km) and in Sungai Petani at 63.9km.