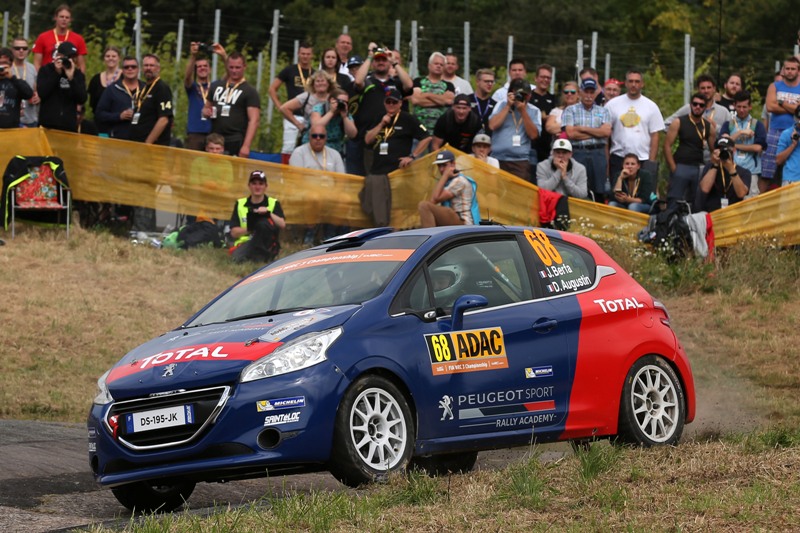 The Tour de Corse – Round 11 of the 2016 FIA World Rally Championship – will see Jose Antonio Suarez/Candido Carrera and Jordan Berfa/Damien return to the sport’s premier series to defend the colours of the Peugeot Rally Academy. The Spanish pair will compete in the WRC2 class in their Peugeot 208T16, while the French crew has an entry in WRC3 in a Peugeot 208R2, the undisputed R2 benchmark.

Jose Antonio ‘Cohete’ Suarez and Jordan Berfa are both extremely fired up as they prepare to appear once again in the colours of the Peugeot Rally Academy, this time on Corsica’s infamous and exceptionally long stages. The Peugeot 208T16 driver and his team-mate in the 208R2 will be looking to convert the speed they have shown since the beginning of the season into top results this weekend.

After contrasting fortunes to date, with a mixture of first-rate performances and understandable errors given that this is only his first season at world level, Suarez is highly motivated ahead of the Mediterranean island event: “I am totally focused and I will give it my very best shot on every stage. This is my first attempt at the Tour de Corse but I can’t use that as an excuse. I will need to be competitive. To help me, I know I can count on the help of everyone in the team, as well as on the potential of the 208T16 which enabled me to post some decent times in Germany. I can’t wait to get started!”

The Spaniard took part in Corsica’s recent Rallye National de Corte as part of his build-up to his next WRC2 outing. That event provided him with an opportunity to familiarise himself with the niceties of the island’s roads and gain more experience behind the wheel of the 208T16 in a context that was similar to what he can expect this weekend…

His sights are set firmly on a top-three finish, which is the objective he has been set by the Peugeot Rally Academy’s management.

For the third and final fixture of his official programme with the Peugeot Rally Academy, Jordan Berfa will be back in the 208R2, a car he has come to master in the course of the season. He claimed an outstanding second place in the WRC3 classification on January’s Rallye Monte-Carlo, but had a somewhat more troubled run during the Rallye Deutschland in August. He has now put that disappointment behind him and, after a series of tests in France’s Ardèche region, as well as in Corsica itself, the 2015 208 Rally Cup Junior winner is eager to get on with his last world championship appearance of the year: “My recent tests with the team were very positive. I have regained confidence and, although beating the R3 runners in a straight fight is probably going to be tough, I don’t think fourth place is out of the question. I am really looking forward to resuming my battle with the guys in WRC3.”