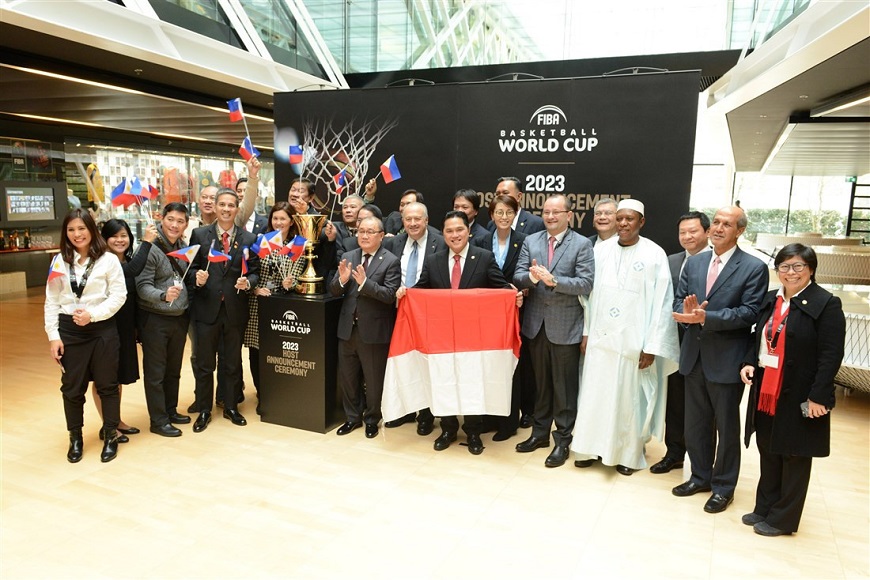 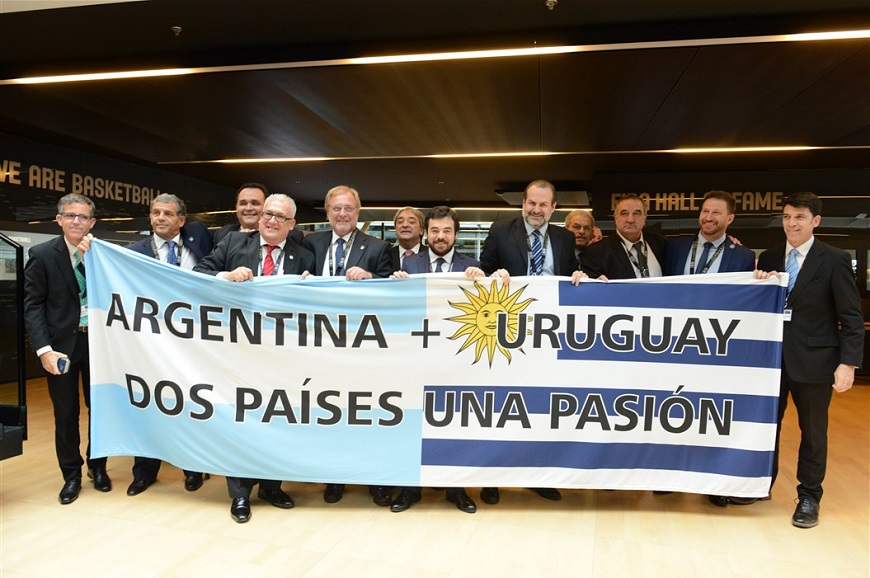 The three-country bid was the unanimous choice of FIBA’s Central Board after they and their only rivals, Argentina-Uruguay, made their final presentations at the world governing body’s headquarters in Mies in Switzerland.

It will mark the first time that the FIBA World Cup will be played in multiple countries.

Argentina and Uruguay, however, have been given first choice to present a bid for the 2027 Basketball World Cup.

Carrying the theme #PlayLouderIn2023, the Philippines-Japan-Indonesia pitch centered on bringing the tournament to “the fastest growing region in the world, where our combined population of 500 million are ready to embrace the sport of basketball.”

The winning bid from Philippines, Japan and Indonesia celebrate being awarded the 2023 Basketball World Cup ©FIBA

The Philippines’ successful bid came two years after its #PUSO2019 campaign for the 2019 FIBA World Cup fell short against China.

“We are extremely happy that FIBA has decided to award the hosting right for the FIBA Basketball World Cup 2023 to Philippines/Japan/Indonesia,” he said.

The last time the Basketball World Cup was held in the Philippines was in 1978.

It was also played in Japan in 2006, while Indonesia will host it for the first time.

The Philippines plans to hold the games at the historic Araneta Coliseum in Cubao, Quezon City;,Mall of Asia Arena in Pasay City and the Philippine Arena in Bocaue, Bulacan.

Japan will have Okinawa as venue while Indonesia will make a choice about which city they will use shortly.

FIBA President Horacio Muratore claimed he was excited by the prospect of a multi-country competition.

“Congratulations to Philippines/Japan/Indonesia as they will host a first-of-a-kind FIBA Basketball World Cup in 2023, when it is staged across multiple countries,” he said.

“This was a very difficult decision as both candidatures were of exceptional quality.

“We want to congratulate both bidders for their outstanding work.

“We are very pleased to see national federations team up and put together bids of the highest quality to host our World Cup.

“We look forward to witnessing a FIBA Basketball World Cup Final played in a venue packed with more than 50,000 basketball crazy fans in the Philippines, a country where basketball is a religion.”

After the voting, FIBA revealed that Argentina and Uruguay will have the privileged opportunity to adapt their candidature for the 2027 Basketball World Cup and present it to the Central Board.

Subject to meeting the requirements set out by FIBA and, following visits by a new Evaluation Commission and the submission of the required guarantees, the Central Board could award Argentina and Uruguay the tournament at its next Central Board meeting next June.