Home News Philippines’ Pacquiao ‘not sorry’ for drug use 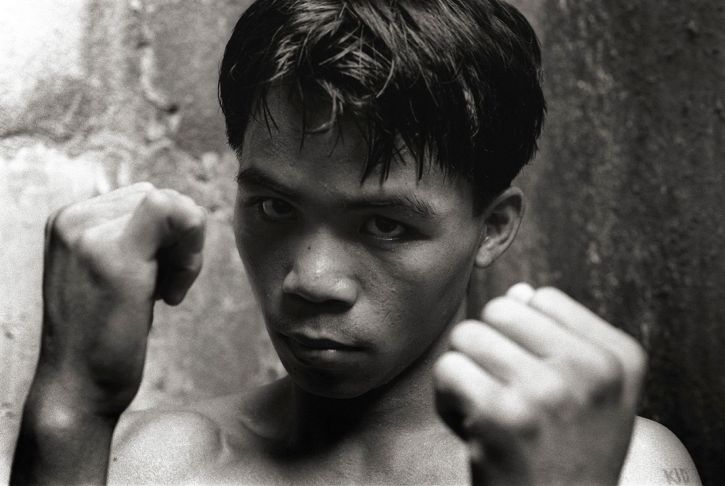 Philippine boxing legend Manny Pacquiao insisted Friday he owed his fans and countrymen no apology after admitting to having used illegal drugs.

Pacquiao, a national hero and elected senator, is a high-profile endorser of President Rodrigo Duterte’s brutal war on crime that has left more than 3,000 people dead.

But the 37-year-old shocked the sporting galaxy this week when he admitted in an interview he had used narcotics in his youth.

“I’m not hiding the fact that I sampled those, but I was young, maybe 15 or 16 years old,” he told reporters Friday as he trained for a November 5 Las Vegas fight against World Boxing Organization welterweight champion Jessie Vargas.

“I used marijuana, I used shabu,” he said, elaborating on the time period and the nature of his drug use.

“Shabu” is the local name for the cheap and highly addictive crystal meth stimulant that Duterte says is the drug of choice of the majority of up to 3.7 million Filipino drug dependents.

Pacquiao, who was elected to the Senate in May, is one of the most prominent backers of Duterte’s anti-drug crackdown, which has drawn global condemnation for alleged extrajudicial killings.

He also supports Duterte’s call to restore the death penalty for drug traffickers in the mainly Catholic nation.

The grade-school dropout ran away from home in his youth and took up boxing to escape poverty, turning professional at 17 on his way to winning an unprecedented eight world titles in different weight classes.

Pacquiao said he did not need to apologise for his previous drug use.

“Why should I say sorry to them? I did nothing wrong,” he said.

“Also, I was not addicted. I just experienced it,” he said when asked if he became drug dependent.

Pacquiao said his experience should inspire Filipino drug users who wanted to avoid getting arrested or killed in the crackdown.

A convert to a conservative Christian sect, Pacquiao said he used sheer willpower and turned to sports to wean himself away from substance abuse.

“Everyone knows that I drank, I gambled and had many women, but realised these were all sins so I stopped. I’m sure what I did for myself was an inspiration to all.”

“It’s up to the person if he really wants to have a fresh start.”

He added: “God gave all of us a brain to discipline ourselves.”

Pacquiao also likened Duterte’s crackdown to a parent’s tough love to his children.

“When you discipline your children it really hurts at first, but it has to be done in order to instill discipline.”

“People are used to doing whatever it is that they want to do, even if it’s against the law. But now you can’t do that in this administration.”

“Let us all help our president instead of putting all the responsibility (on him). Change should come from within because the president will not be able to change you,” he added.

Asked to give advice to those wanting to kick their drug habit, Pacquiao said they should engage in physical activity.

“One proven strategy to avoid (drugs) is to make yourself busy through exercise.” – Agence France-Presse