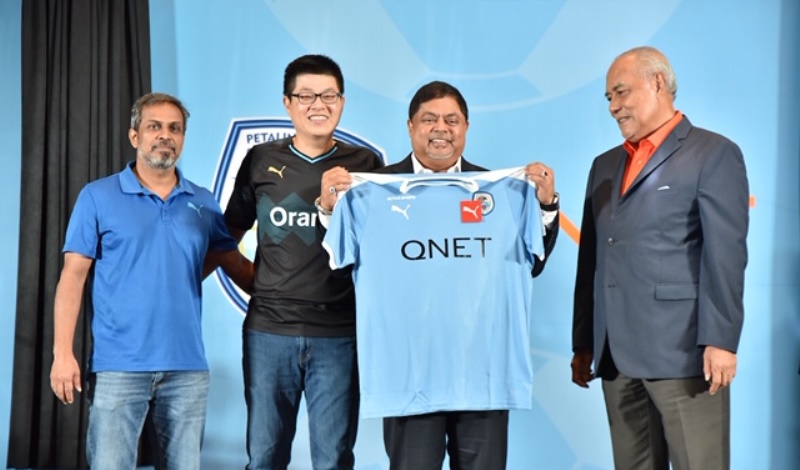 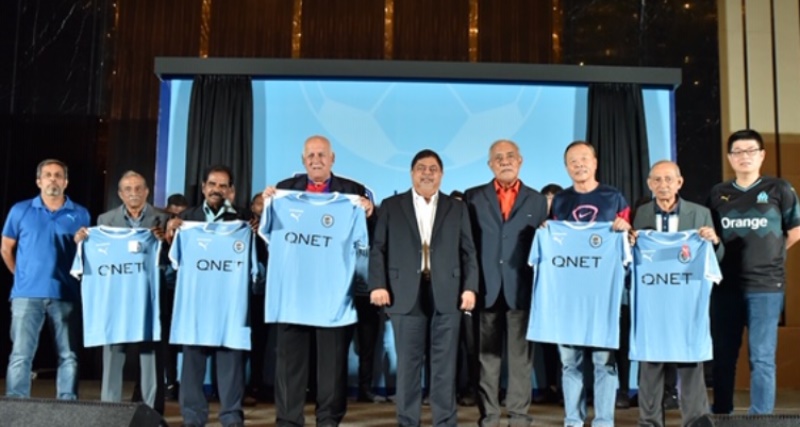 The QI Group backed PJ City Football Club was unveiled today in what is touted as another milestone in the Malaysian football scene.

PJ City FC, through its affiliation with Malaysian Indian Football Association (MIFA), will make its debut in the 2019 Super League which kicks-off in February. MIFA, which played in the Premier League last season, finishing third, gained automatic promotion to the Super League this year following the withdrawal of club side, FELCRA.

“I am very pleased to announce the coming of PJ City FC into the Malaysian Super League this year. This club will come under the purview of the QI Group. The football club is named PJ City FC to galvanise the community of Petaling Jaya. Together, we have a unique opportunity to create and mould a football club that we can all be proud of. I think PJ City FC is something new and exciting for the modern generation of football fans,” said Dato Sri Vijay Eswaran, the Executive Chairman of QI Group.

He pointed out that this is the QI Group’s strategic move towards being a good corporate citizen and creating sustainable social impact, adding that QI is committed in giving back to the society by building the community; and one of the ways to do this is via sports.

“The aspirations of QI and PJ City FC is to enliven the national football scene and help to bring back the glory days of Malaysian football experienced in in the 70s as well as inspire the youth to excel in sports and promote unity within our diverse community,” noted Vijay.

The QI group, who are also the Partner of Manchester City Football Club in the English Premier League (EPL), through their flagship subsidiary, QNET, believe PJ City FC will be able to compete with other top teams in the Super League.

QNET, which has a longstanding and successful partnership with Man City since 2014, aim to pursue technical collaboration and other forms of support with the English club.

“This new collaboration falls within the framework of the QI Group’s brand’s commitment to promoting values related to sports, such as the EPL and also the Super League and Malaysia Cup. Football and sports are a major focal point for QI as values such as the eagerness to excel, hard work, teamwork and tenacity, which are essential in sport, perfectly match those of the QI Group.

“Through PJ City FC, we want to be closer to the people and show how proud we are to be part of the competitive Super League run by the Malaysian Football League. We aim to offer a lively and immersive supporter experience in Malaysian football, which is exactly what we feel the game needs.

“We are looking to build a football club with a community feeling and engage with both the online community as well as on the ground passionate and knowledgeable football fans,” added Vijay.

In its debut season, PJ City FC’s primary aim is to finish in a respectable position in the Super League this year. They have retained several players from the previous squad including seasoned Coach, K.Devan as well as captain and former international S. Subramaniam. South Korean midfielder Bae Beom Geun and Brazilian defender Elizue Batista are also back in the team for the new season.

Coach Devan said “it’s very exciting to be part of a forward thinking and strong community engagement approach. This is what football is all about and we are certainly geared up for the new season with PJ City FC. I would certainly like to see the PJ crowd coming out in full force to support us at all our matches,” said the former Negeri Sembilan player.