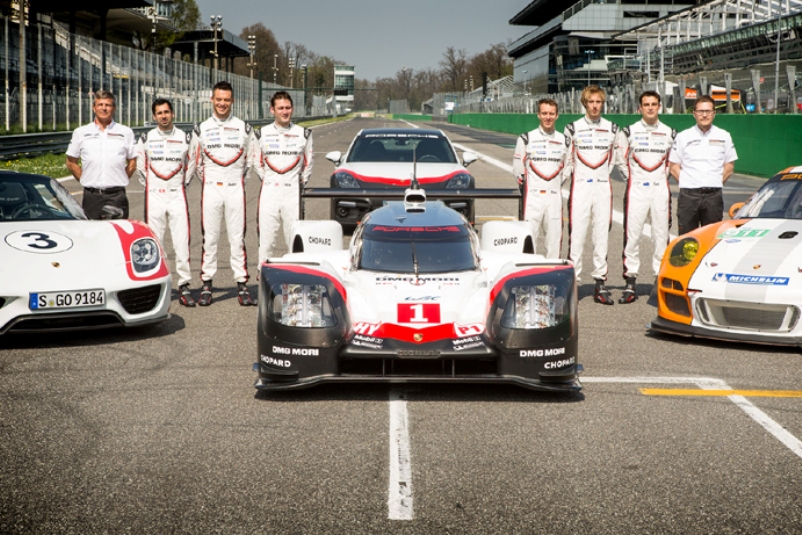 Ahead of The Prologue at Monza, Porsche today launched its updated 919 Hybrid which the German marque hopes will defend its FIA World Endurance Championship Drivers’ and Manufacturers’ titles in LMP1.

The new 919 Hybrid car features a radically revised aerodynamic package, in compliance with new regulations from the FIA placing limitations on downforce, and will be powered by a 2-litre V4 combustion engine, the most efficient in Porsche’s history to date.

This will be combined with an 8MJ hybrid system which recovers energy during acceleration and braking, generating 900 BHP.

Porsche displayed the car in low-downforce spec at Monza alongside other hybrid vehicles from the performance range, demonstrating the transfer of technology from the race track to the road.

Andreas Seidl, Team Principal: “For the 2017 season, 60 to 70% of the vehicle is newly developed. The basic concept of the 919 Hybrid still offers scope to optimise the finer details and further boost efficiency. The monocoque has remained unchanged since 2016, but the optimisation potential of all other components was analysed and, in most cases, adjustments made accordingly.”