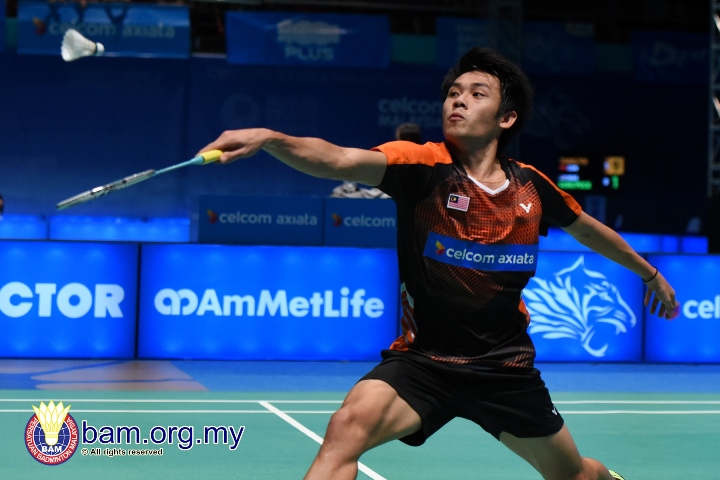 # ‘I learnt many positives from my defeat’ – Yee Han

As expected Lin Dan won 21-10, 21-15 but he was left equally impressed by Malaysian youngster Chong Yee Han in a first round match in the USD550,000 Celcom Axiata Malaysia Open at the Malawati Stadium in Shah Alam on Wednesday.

“I did not even know who Yee Han was but I saw him play against Kenichi (Tago) in a qualifying match,” said Lin Dan, who won his sixth All-England title last month.

“Yee Han left me impressed against Kenichi and also when he played me. It (my win) looked simple but it is due to his lack of experience. He needs more exposure and more tournaments to play.”

Despite his failure to win against the Chinese legend who is a five world champions two time Olympic gold medallist, Yee Han was all smiles as there were many positives in his defeat.

“It was a new experience playing against a great player like Lin Dan. Of course I learned many new things from him terms of skills. He has great skills and it comes with experience” said Yee Han.