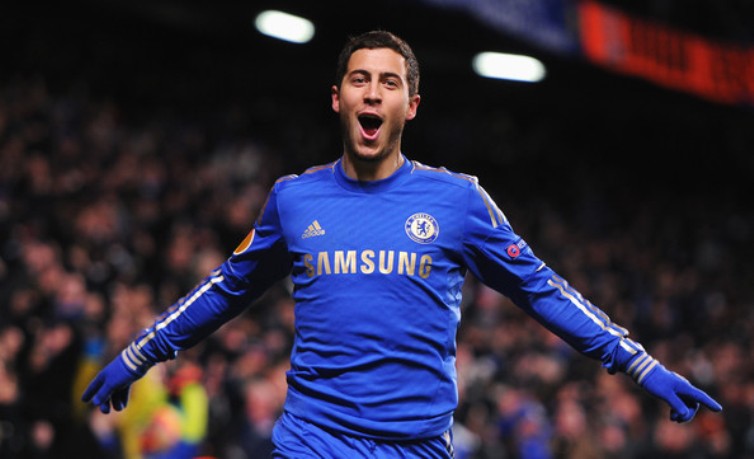 Eden Hazard is on course to becoming one of the world’s top players, according to Chelsea team-mate Filipe Luis as the Blues travel to White Hart Lane on Thursday.

Jose Mourinho’s side will attempt to respond to Sunday’s 1-1 draw with Southampton by claiming victory at Tottenham Hotspur to guarantee they retain their place at the head of the Premier League table.

And left-back Luis believes winger Hazard will be one of the key figures as the Blues attempt to extend their 10-game unbeaten run against their London rivals.

The Brazil defender said: “Eden Hazard can easily win a game for you and open a closed defence, and he can be in the top three in the world in the next few years because he has a lot of quality and ambition to be there.

“I am really happy to be his team-mate because he is one of the greatest players I have played with.”

And Luis believes there were enough signs in the performance at Southampton to suggest the Blues can continue to fend off all challengers during the second half of the campaign.

“We know that we lost two points in a difficult stadium but the team did really well in the second half, and if we play like we did in the second half we can be in this situation until the end and keep going at the top of the league,” he told the club’s official website.

“It is going to be really difficult because when you are top, everybody wants to take you off there and play like Southampton did because they played really well, but we did enough to win this game. If we play like this, of course we can win things.

“We are still top of the league and the first half of the season is over now.

“The second half of the competition is the more difficult one and we have to keep the level really high because we know it is going to be really difficult, but we are happy because it is not easy being top of the league for the whole competition until now.

“We feel that if we keep playing in the second half [of the season] like we are playing now we can be there at the top of the league at the end.”

Luis is being eased into his first season in England and could make way for Cesar Azpilicueta after starting at Southampton while Oscar could return in place of John Obi Mikel.

Tottenham are beginning to find their feet under new manager Mauricio Pochettino and Sunday’s scoreless draw with Manchester United consolidated their standing in seventh, two points off fourth place.

Pochettino’s side are keen to avenge the one-sided 3-0 defeat to Chelsea at Stamford Bridge in early December and winger Nacer Chadli is convinced the outcome could be different this time around.

Speaking to the club’s official website, the Belgium winger said: “Manchester United was a difficult game. We showed patience and we had some chances but we have to be realistic also – United had the bigger chances in the first half and they played well.

“In the end we did our best and we got one point, but I think we put on a good performance.

“I think we have a lot of confidence at this moment, we had a good draw on Sunday and we have been winning games as well.

“No games are easy but Newcastle beat Chelsea so why can’t we beat them?” he added. “We have to play our game and we’ll see how we go.”

Kyle Walker is back in contention and will challenge Vlad Chiriches for the right-back slot. – Agence France-Presse