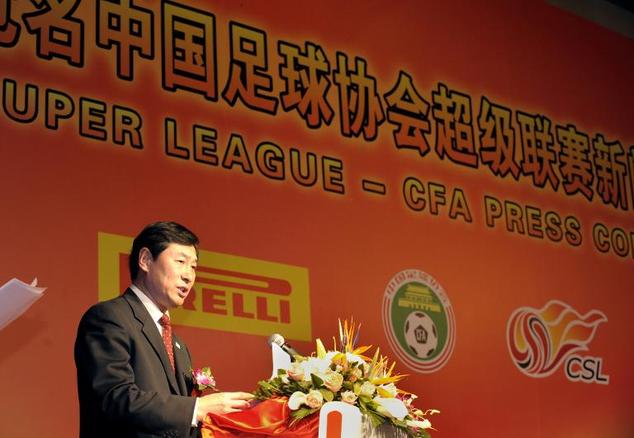 A corrupt Chinese football boss has had his prison sentence cut after back-heeling his former life into touch and remodelling himself as an inventor and writer in prison, media reported Wednesday.

Nan Yong, a former head of the Chinese Football Association (CFA), was last year banned from involvement in the sport and jailed for more than 10 years for taking bribes.

Along with another former CFA chief, Xie Yalong, Nan was the highest profile name among more than 50 people banned after widespread match-fixing scandals that blighted the game in China.

A Beijing court recently reduced his sentence by one year on the back of a recommendation by his prison who cited his “good behaviour”, the China Daily said.

Since he was jailed he has had four patents approved by the State Intellectual Property Office, including two devices related to football training, the SIPO’s online database shows.

One is an easily-assembled low-cost portable goal, while the other “features pressure-sensing pads” to measure a shot’s power and “guides players to improve their skills”, Nan noted on the patent specification.

The 52-year-old also invented a mobile phone stand and a device that can help erect multiple desktop computer monitors.

“He has also been concentrating on writing in prison and published a science-fiction story last year about a lonely priest under his pseudonym, Wen Yan,” the newspaper said, citing the Beijing Youth Daily.

Other online reports said Nan had written a spy thriller.

Nan was vice-chairman of the CFA in 2009, a position which wields more power than the largely ceremonial chairman, when China launched a high-profile crackdown on corruption in football, leading to several prison sentences.

The arrival of the former Premier League star in the Chinese Super League (CSL) in 2012 signalled that it appeared to have turned a corner.

The CSL is currently the highest-attended football league in Asia and continues to attract highly-paid foreign players. – Agence France-Presse