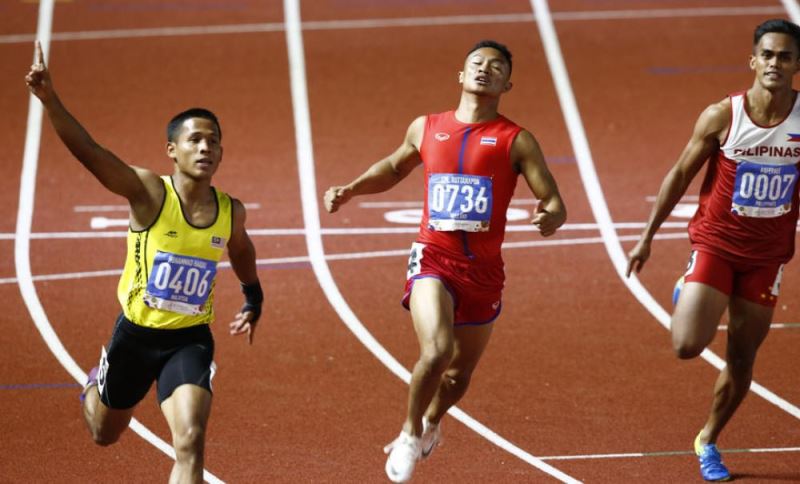 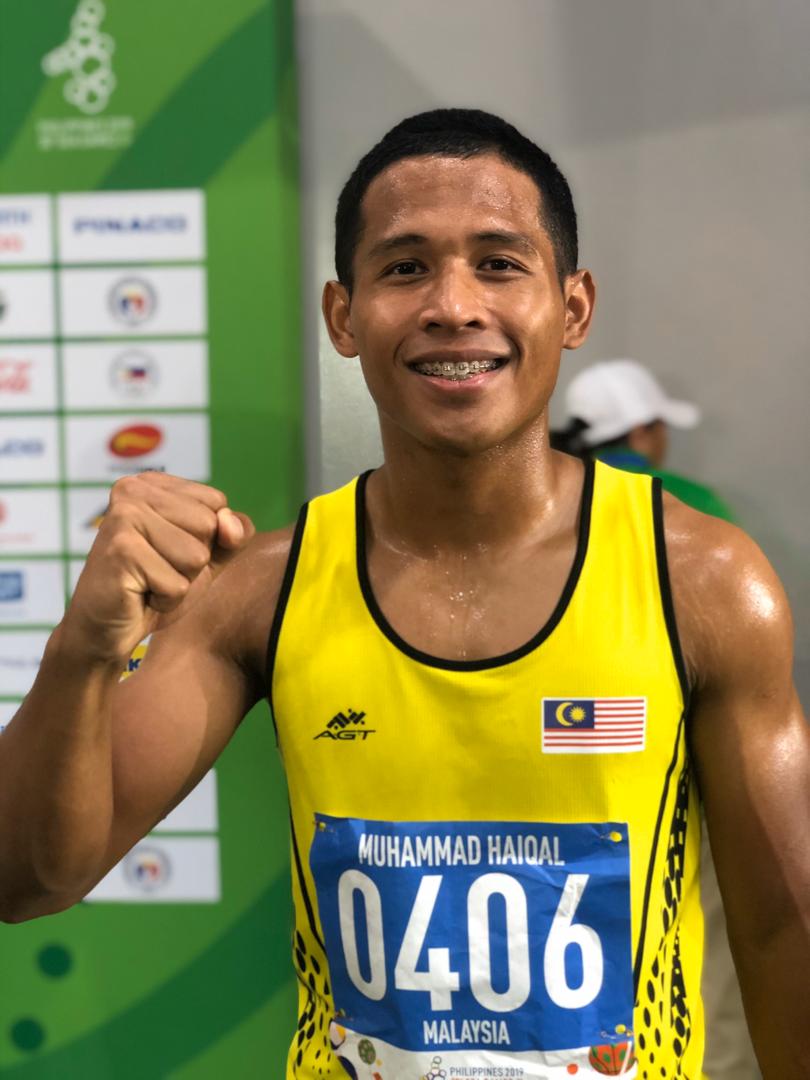 Muhammad Haiqal Hanafi is the new speed king of the region – when he outran the rest in 10.35s for the 100m gold at the 30th Sea Games at the New Clark City Athletics Stadium on Sunday.

Haiqal’s win was enough to see Malaysia retain the sprint gold after Khairul Hafiz Jantan achieved the feat at the National Stadium in Bukit Jalil when the Games were held in Kuala Lumpur in 2017.

What made Haiqal’s win all the sweeter was that Haiqal, a student at the Tunku Mahkota Ismail Sports School in Bandar Penawar, Johor, was a late inclusion in the team to the Philippines.

“Frankly, I did not expect to win although I was very focused on my event. Probably the prayers of my parents and my coach (Poad Kassim) played a part in my win.

“This win is for the people of Malaysia,” said the Negri Sembilan-born Haiqal who was participating in an individual event for the first time.

Haiqal staved off a strong Thai challenge for his 100m gold. Thailand took the silver and the bronze through Sowan Rattanapon (10.49s) and Chuangchai Bandit (10.52s) respectively. BY RIZAL ABDULLAH