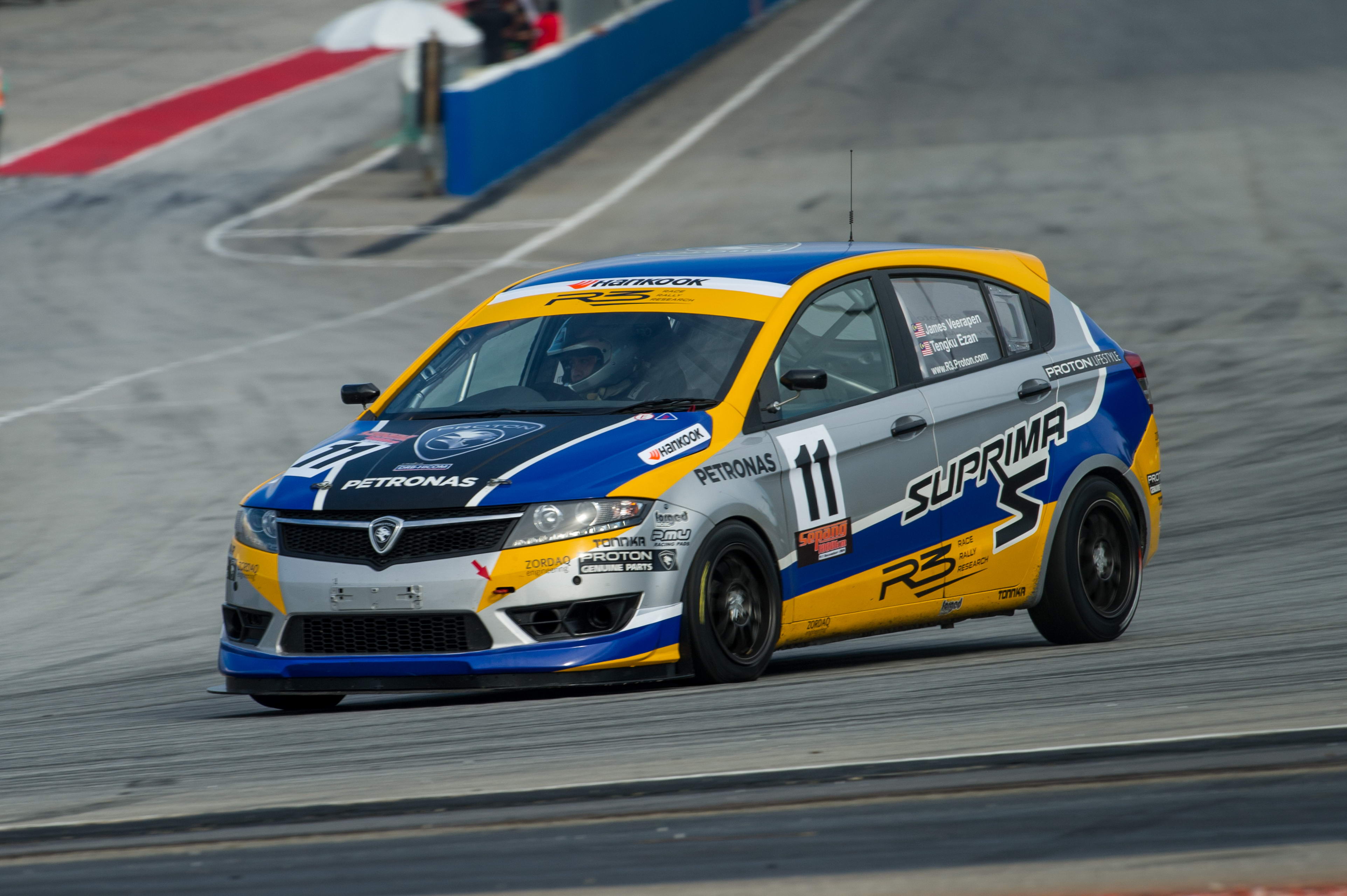 While expressing delight at the excellent chemistry with his new partner, James and starting from pole tomorrow, he was quick to point out that the race would be long and challenging.

“We won the battle today, but we have not won the war. This is an endurance race and a lot of things can happen. But, I am really happy with the performance of the car and my partnership with Tengku Ezan. We have an excellent package – good chemistry, reliable car and solid team support,” said James, who drove the Proton Suprima S in this year’s MSS competition.

Echoing the views of his partner, Tengku Ezan, who competed with HMRT last year, commented that anything could happen in an endurance race.

“Overall, the car is good, strong and very reliable. Our testing sessions went very well and today, we executed our plans perfectly. I strongly believe that we will be able to perform well. I am happy to partner James. He is very experienced,” said Tengku Ezan, whose race last year was cut-short by mechanical problems on his Honda Jazz.

HMRT will began the defence of their title from the second row after the partnership of Eddie Lew and Aaron Lim managed the fourth fastest time of the session at 2 minutes 39.511s in their Honda Jazz machine.

Met after qualifying, Aaron, however, was not too worried on his grid position, saying that it was a long race with plenty of uncertainties; and that there was plenty of time to overtake their rivals.

Looking for their third S1K overall title, Type R Engineering, who is featuring 18-year-old rookie Gilbert Ang to partner the illustrious Lai Wee Sing and Soh Kee Koon, was sixth fastest in the time sheet with a time of 2 minutes 40 seconds in their Toyota Altis machine.

Team Toyota Thailand featuring the experienced Nattaavude Charoensukhawatana, Suttipong Smittachartch and Nattapong Hortongkam did not do well in qualifying; finishing in 20th place with an average best lap time of 2 minutes 48.679 seconds in another Toyota Altis.