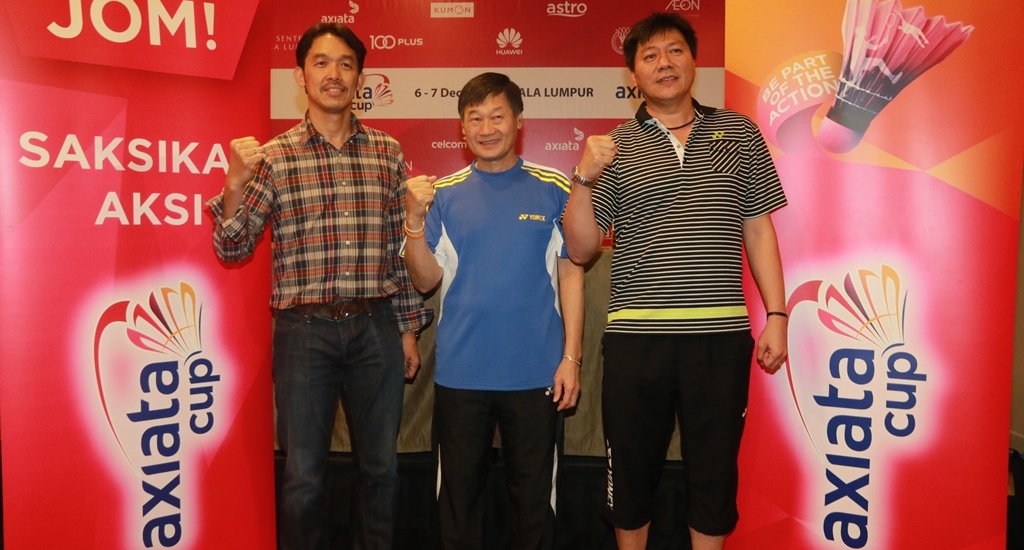 Judging from the top class performances of the Axiata Cup semifinalists in the preliminary rounds, the four teams – inaugural winners Indonesia, defending champions Malaysia, last year’s runners-up Thailand and Asia All-Stars – are going to be involved in a massive showdown as they battle for the two precious final slots on Saturday.

At the end of the preliminaries, Indonesia topped the standings with Asia All Stars, Thailand and Malaysia coming in second, third and fourth respectively. What makes it difficult to predict is the fact that some of these teams have beaten each other along the way.

Asia All Stars, who had held the powerful Indonesian team to a 2-2 draw, lost their tie to Malaysia. Thailand on the other hand managed to defeat Malaysia while Asia All Stars had surprised Thailand.  For the record, Indonesia were the only ones who did not lose to any team throughout the early stage. But their draw against Asia All Stars is evidence that they do have some chinks in their armour.

The good news for Indonesia and Asia All Stars is that since they were the top two teams in the standings at the end of the preliminaries, they have both been seeded and will avoid each other in the semifinals this Saturday.

According to the Badminton Association Asia (BAC), who will be conducting the draw on Friday evening in Kuala Lumpur, both Indonesia and Asia All Stars will be seeded No. 1 and No. 2 respectively and will occupy positions 1 and 4 on the draw sheet.

The third and fourth placed teams in the standings will be randomly drawn to meet either Indonesia or Asia All Stars. This means Thailand and Malaysia will not face each other but instead will have to contend with the likes of mighty Indonesia or the spirited Asia All Stars.

With the confidence of having beaten them earlier, Malaysia will want to face Asia All Stars again in the semis. Although Thailand lost to Asian outfit in Jakarta, they would probably rather face them again in the semis. Indonesia, led by singles ace Tommy Sugiarto, have improved with every game and will be the team to watch in the final rounds.

Meanwhile, all teams competing in the Axiata Cup will pocket some cash based on their final positions. While the winner takes home a whopping USD400,000, the runners-up will still walk away with a comfortable sum of USD200,000. The third placed team will earn USD150,000 while the fourth placed side will receive USD100,000.

The semifinals and final of the third edition of the Axiata Cup will take place at the KLBA Stadium in Cheras on Saturday and Sunday.