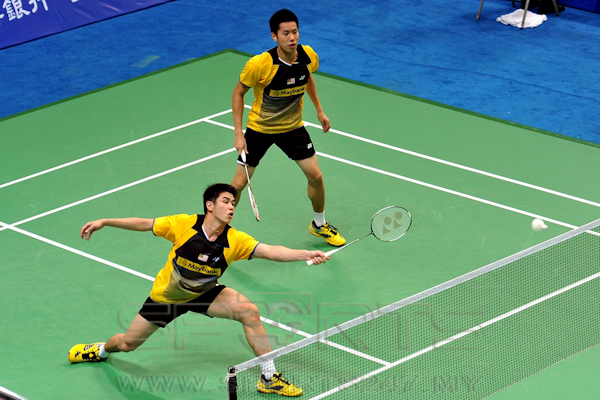 Ranked 281 in the world, the naturalised Singaporeans snatched a 21-17, 22-20 win over the Malaysians, who are were favourites to retain the title after top seeds Hoon Thien How-Tan Wee Kiong were beaten by the same pair in the first round.

It was a remarkable run for the Singaporeans who had to go through the qualifying rounds to make the main draw.

V Shem-Khim Wah are ranked 15 in the world, but were disappointing in the final. Their opponents went home US$9,480 richer. The losers, who are also the reigning Malaysian Open Superseries champions, took home US$4,560.

China were the big winners in the finals after winning the women’s singles, doubles and mixed doubles.