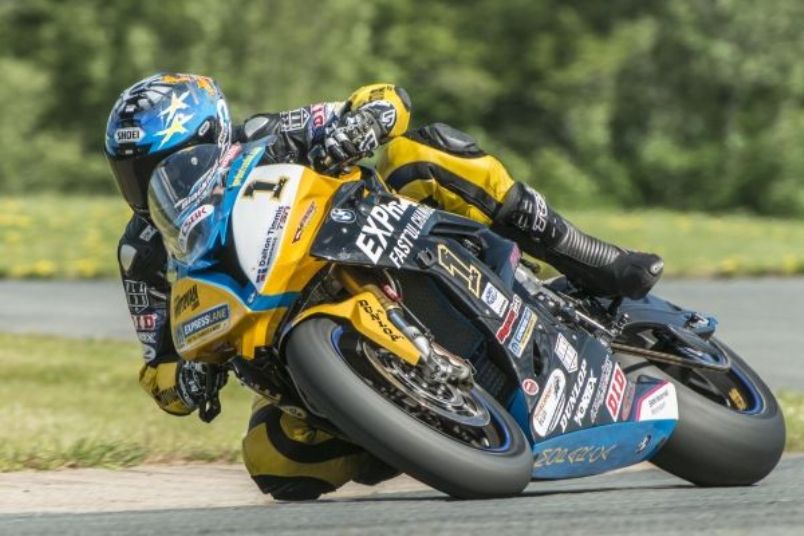 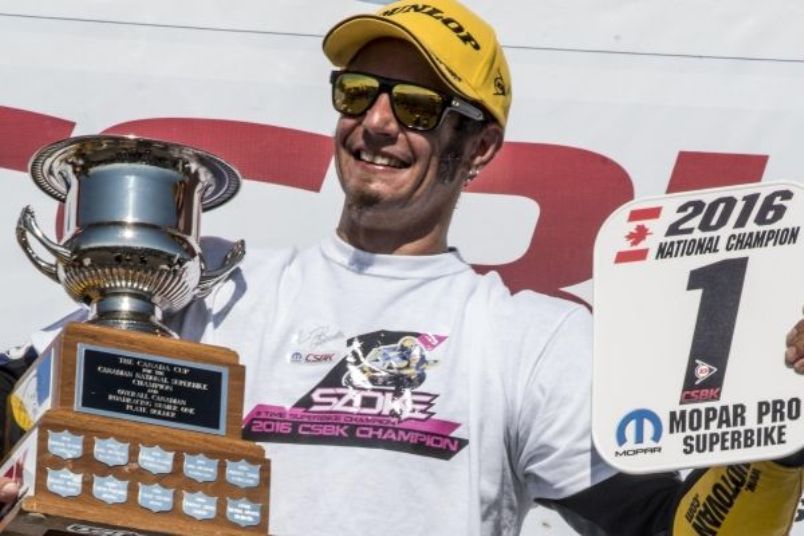 It was one of his goals for the season, and he achieved it: Jordan Szoke (CA) is the winner of the 2016 BMW Motorrad Race Trophy. At the BMW Motorrad Motorsport Season Finale in Munich (DE), he was awarded the winner’s trophy and prize money of 20,000 Euros.

Also in 2016, Szoke proved to be unbeatable in the CSBK. He won all seven races held this season and started from pole position on every occasion with his BMW S 1000 RR. This caused him to celebrate his second title win in a row and his 11th title in total.

In an interview, 37-year old Szoke speaks about the meaning of winning the BMW Motorrad Race Trophy, racing in Canada, the secret of his success and his plans for the coming season.

Jordan, congratulations! The winner of the 2016 BMW Motorrad Race Trophy. What does it mean to you to have won this year?

Jordan Szoke: “It is fantastic to be recognised for all our achievements. It is also a great for Canadian racing to get recognition worldwide and to show how good the racing is in our country. It is very gratifying to have won the Race Trophy.”

Be honest: how often did you check the standings and calculate that you could win?

Szoke: “First and foremost we were focusing on winning the championship in Canada. So I figured if we could win the championship again with a lot of race wins I obviously could have a good chance. So it was my goal, and when our championship ended I was watching every weekend what is going on. I am really excited that we won it!”

Can you tell us your secret of success?

Szoke: “I really strive myself on being very consistent whenever I am on the motorcycle. Obviously I won a lot of races, but even if I can’t win I always try to be on the podium. That works pretty well for me, and it is important. For example Valentino Rossi is very consistent, Marc Márquez is very fast, but not so consistent, so I have always been on the more consistent side. If the race win is possible, then I go for it, but I also try to grab the points for the championship.”

At the Season Finale in Munich, you collected three trophies – the Race Trophy winner’s trophy as well as the trophies for the championship winning rider and team. How will you bring them back to Canada?

Szoke (laughs): “Very carefully! I manage our team together with my wife Amy and we are busy with a lot of different motorcycle things. Apart from racing in the Canadian Superbike Championship, we are doing trial shows, we are doing extreme motocross shows, we are involved in many aspects of the sport. So that is a very nice addition to it and it recognizes all the hard work we are doing. It is very gratifying and hopefully the baggage guys will be very careful with my bag.”

In addition to the three trophies you were also awarded with three big cheques. How will you invest the prize money?

Szoke: “Basically I will use it to pay for the year of racing. Our racing has not bounced back after the recession. Before the recession, we had teams in our country spending millions of dollars and we had an amazing racing scene in Canada. The manufacturers invested huge amounts of money. Then we got hit hard by the recession, so did the racing. It has not quite bounced back, but we managed to fight our way through it. So we really count on this money to pay for what we are doing over the year. We have a crew, a fulltime workshop, we need tyres, fuel and so on. So the prize money helps us operate our team.”

You have been inducted into the Canadian Motorsport Hall of Fame this year. You must be very proud of that, too?

Szoke: “Absolutely. In Europe, motorcycle racing is very huge, but in North America car racing is bigger. So for us to get recognition in the Canadian Motorsport Hall of Fame as a professional motorcycle racer is very good for the sport and good for what we are doing. Hopefully it will also help younger riders in the future.”

Let’s look forward to 2017: what are your plans for next season?

Szoke: “Obviously just to continue winning and to have fun. It would be cool to have a bit more budget next year so it would be possible to do more races in the United States, and maybe to do some races somewhere else in the world, but right now we are focusing on battling the young guys coming up for the Canadian championship again.”