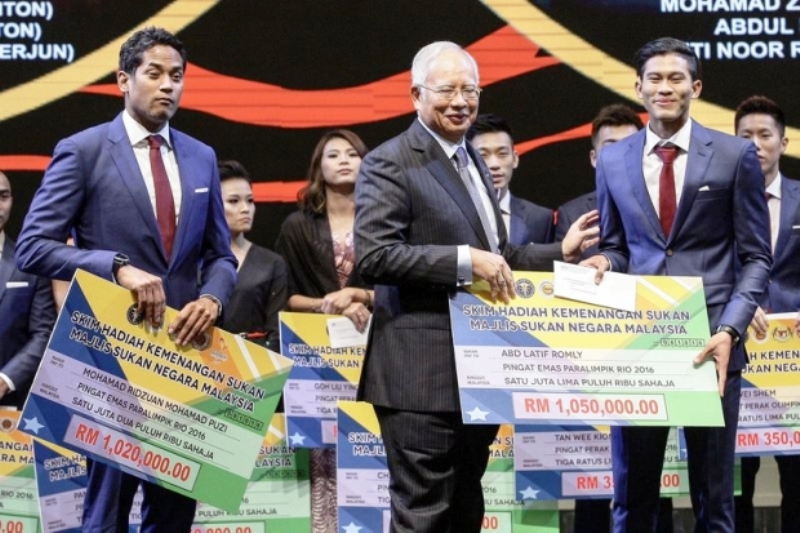 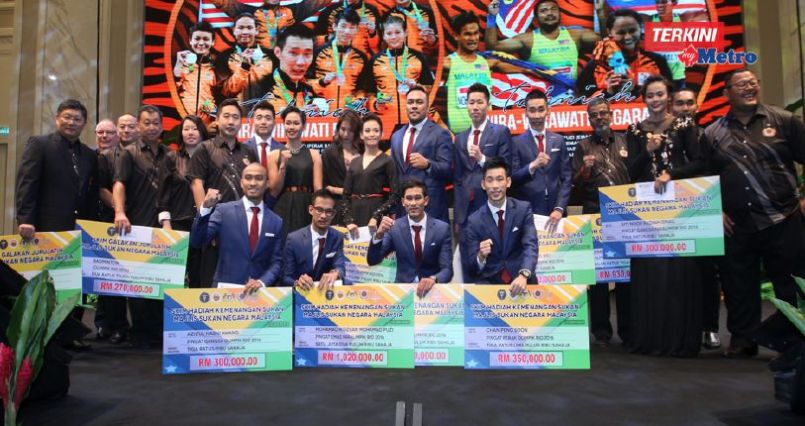 Malaysian Prime Minister Dato Sri Najib Razak has promised more money for sports over the next year following the National Budget 2017 which will be tabled soon.

Najib made the statement at last night’s award ceremony for the Malaysian Olympians, Paralympians under the SHAKAM scheme following their recent success at the Olympic Games 2016 in Rio,

Other than Najib, the other special guests for the night were Datin Paduka Seri Hajjah Rosmah Mansor and Sports minister YB Khairy Jamaludin.

“I will start to invest more for the sports community as in few days time I will be preparing the National budget, so I have to remind myself on this,” said Najib.

Added Khairy: “Malaysia are now a nation that goes for more success.”

The two Paralampians who won gold medals at the recent Paralympics in Rio were rewarded with more than RM1 million each for their historic feat.

Abdul latif Romly who broke the world record in shot putt earned RM1,050,000 for his record breaking effort  while Mohamed Ridzuan Mohamad Puzi received RM1,020,000. He too rewrote the record books in his 100m  T36 category.

Others who received their incentives under the National Sports Scheme were –