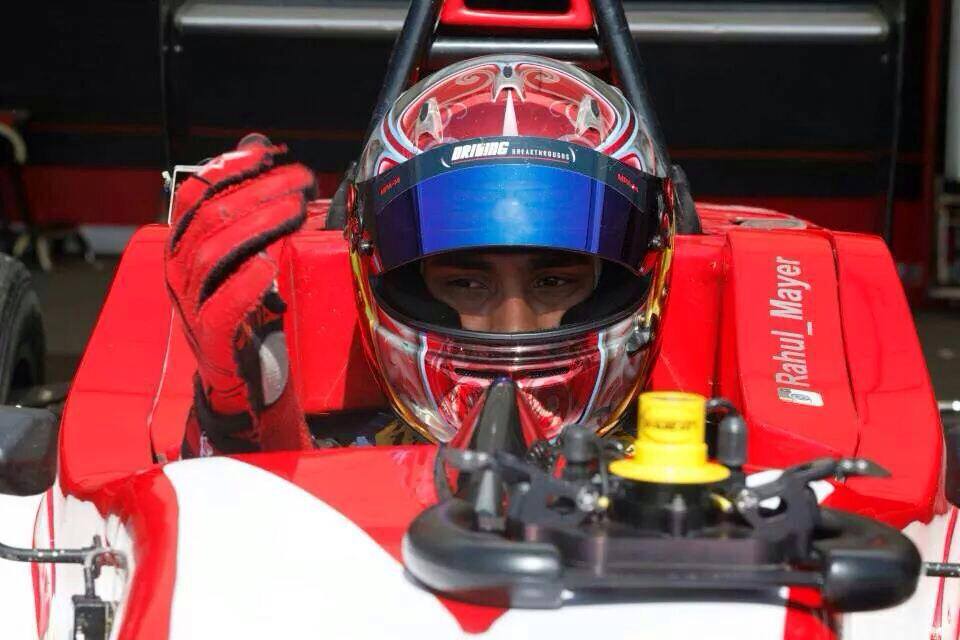 The weekend started with a mechanical failure in Race 1 which resulted in Rahul struggling to keep his car on the track at a breakneck speed of 210 kph. With an underperforming car he was fighting to keep his 10th position, he came back with sore palms and arms.

Rahul said; “It was in lap 5 that I realized there was something wrong with the handling of the car. I struggled to keep it on track and did my best not to let anyone take my position. The team checked the car in the pits after the race and found that the problems were due to an unprecedented collapse of a bearing which caused handling issues.”

“Race 2 and 3 were held on Sunday, 18th May under sunny skies. I started 10th on the grid in race 2 and really did not have the pace. Pushing hard to get more speed in, I slid off the track a couple of times. I managed to retain my position at 11th in Race 2 and got some valuable points for my championship” said Rahul.

In Race 3 Rahul started 15th on the grid as grid positions are determined by the timing of a driver’s best lap in this race. It was a tough fight again for Rahul, where he managed to move up to 10th but unfortunately, once again pushing hard to make up for the lack of speed resulted in some misjudged moves which dropped him to 12th and subsequently to 14th.

Rahul now stands 11th in the championship after 2 rounds with 22 drivers. His target has been set to move up in the championship. The 3rd round of the BRDC Formula 4 series will be held at Snetterton, Norwich from 20th to 22nd June 2014.

At the end of the races, Rahul stated “Brands Hatch always brings along with it many hard knocks for me. Last year I had some hard times here too. I wish to break this duck in my 6th round which will be here on 30th and 31st August 2014. I am very relieved that I was accompanied by my father to this race and he has been my constant support during these trying times. I am also thankful to my media partner www.sports247.fm for supporting me in my promotional activities, and not forgetting my team, Hillspeed of UK who work very hard to give me the best.”