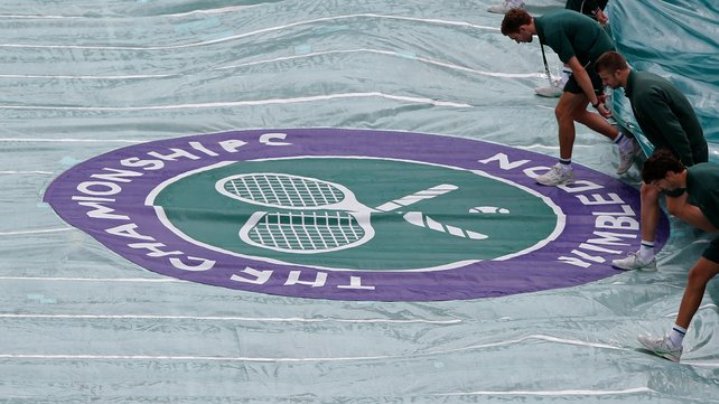 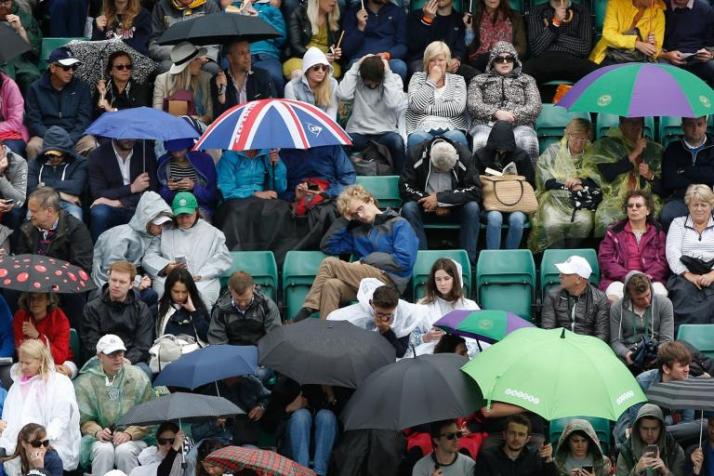 Wimbledon organisers admitted they were considering playing on the middle Sunday for the first time in 12 years in an attempt to get the rain-lashed tournament back on track, an official told AFP.

“Sunday play is being considered but a decision won’t be made until tomorrow,” a spokesman for the All England Club said Friday.

Play on the middle Sunday — the traditional rest day in the Wimbledon fortnight — last took place in 2004.

This year’s Wimbledon has been badly affected by the weather with long delays on Tuesday and Wednesday.

Only one minute of action was possible on the outside courts on Friday and just a quarter of an hour on Court One with a resumption not expected before 3:00pm (1400 GMT).

Rain has seriously disrupted the schedules for the past four days. Organisers had to pay out refunds of between 50 percent and 100 percent on Wednesday’s tickets for the open courts.

There were still 16 second round singles matches to complete on Friday — the day usually reserved for the start of the third round.

Scheduling during rain delays will ease in 2019 when a new roof over Court One will be in operation.

The last time matches were staged on the middle Sunday, in 2004, was prompted by a washout on the previous day.

Before the roof was installed on Centre Court, play was extended to a third Monday in 1992, 1996, and 2000 in order to complete the finals, and memorably again in 2001 when Goran Ivanisevic, playing on a wild card, won the men’s title on a Monday.

A total of 30 days have been completely lost to rain in the history of the tournament, which dates back to 1877.