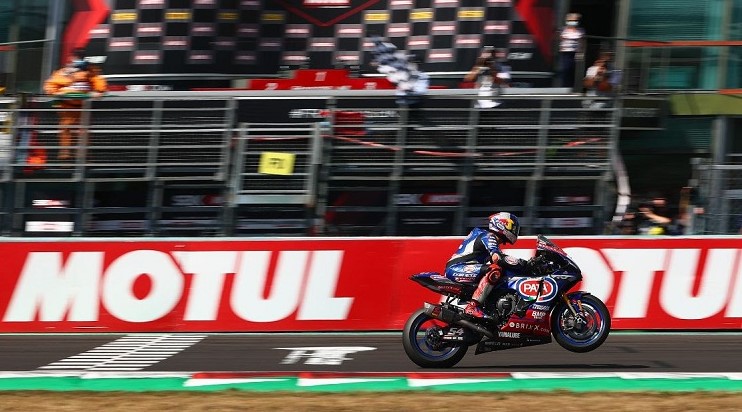 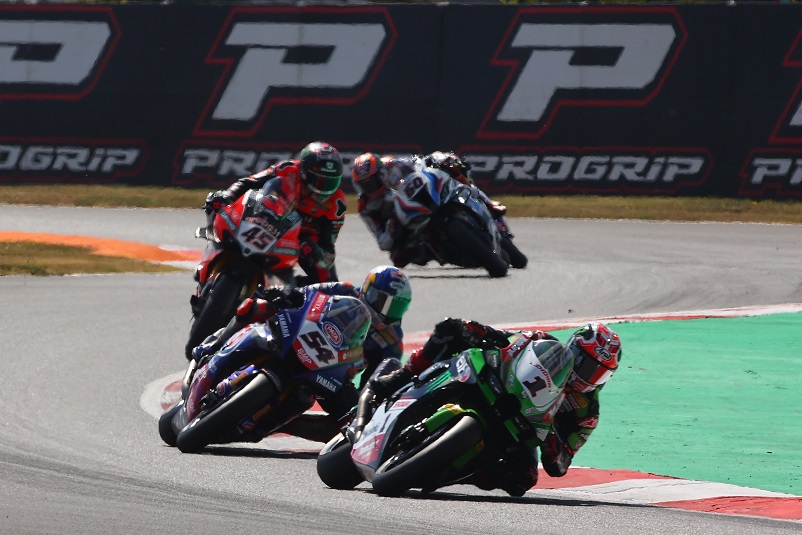 Race 2 for the Motul French Round at the Circuit de Nevers Magny-Cours gave Toprak Razgatlioglu (Pata Yamaha with Brixx WorldSBK) his second win of the weekend to extend his Championship lead over Jonathan Rea (Kawasaki Racing Team WorldSBK).

A race that saw their rivalry ignite was relentless from the start, with the two putting on a spectacular show clear of the opposition.

Razgatlioglu got the better start from pole position and initially held the lead of the race but used a wider line through the long right-hander of Estoril, allowing Rea to sneak up the inside to take the lead. On the run down to Turn 5, Alex Lowes (Kawasaki Racing Team WorldSBK) wanted to get involved in the lead battle but Razgatlioglu and Rea were able to keep him at arm’s length.

Scott Redding (Aruba.it Racing – Ducati) was running in third from the early stages of the race after jumping up from the second row of the grid as he claimed his first podium of the weekend after a challenging weekend for the British rider. Third place for Redding meant he lost ground in the Championship to leader Razgatlioglu, while Rea also gained on Redding in the standings.

The race-winning move came on Lap 11 after an incredible two laps of battling between Razgatlioglu and Rea with the Turkish star overtaking Rea into the Turn 5 hairpin of Adelaide on Lap 10 before the six-time Champion responded into the Imola chicane.

Rea retained the lead of the race for just another lap before Razgatlioglu was able to pass Rea again into Adelaide. The pair battled it out throughout the race before Rea settled for second after making a save in the closing stages of the race.

P2 Jonathan Rea (Kawasaki Racing Team WorldSBK)
“Toprak’s pace in the last three or four laps was incredible. It was time for me, like yesterday, to consolidate. I felt like we had a bit better fight today, I could at least put my ZX-10RR where I wanted. It was like going to school. He’s so good in some areas, I was stronger in others, but it’s good information to take away to Barcelona. I really enjoyed that, enjoyed the battle. It got really close in some areas but I had to think about the long game.”

P3 Scott Redding (Aruba.it Racing – Ducati)
“I was wrestling that bike for 21 laps. It’s not an easy track for the Ducati as we saw this weekend. I didn’t give up the fight. We had a tough Superpole, tough Race 1 but I really tried hard. I said to the guys today that if we could get the front two rows in the Superpole Race and then a podium, I’ll be happy. I knew I had to work hard for it and I did, I’m completely destroyed. It doesn’t matter. We got the podium and I’m really happy.”

Championship Standings (after Race 2, Round 8)