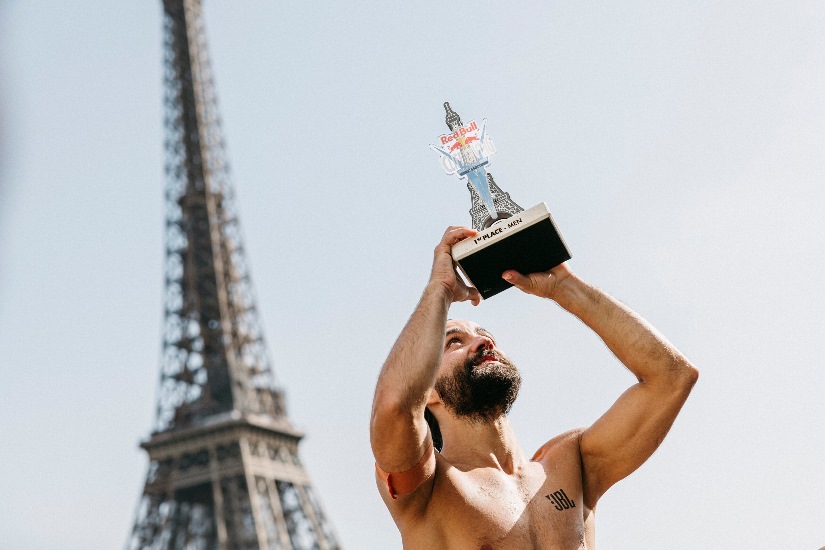 Preda, labelled one of the ‘Romanian sharks’ by Hunt last season, went into attack mode right from the first round, scoring a 10 from the judges with his opening leap into the Seine River on Friday. Two more high-scoring dives followed, before the 30-year-old held his nerve under pressure in round four, picking up another two 10s on his way to a record-breaking total score.

It was Preda’s second World Series victory following a similar triumph over Hunt at the 2021 season opener, again on French soil in Saint-Raphaël. Local hero and World Series record man Gary Hunt produced a very strong showing on day 1 with three 10s by the five judges for his Required Dive; in Round 2 the reigning champion topped it with another 10 from the judges.

In the end it was a place sandwiched between the Romanian duo with Constantin Popovici, the man with the hardest dive list on tour, completing the men’s podium.

As for the men, we’ve seen some great title duels over the years – Orlando Duque v Hunt, Artem Silchenko v Hunt, Jonathan Paredes v Hunt – but this year there is the very real possibility of a first-ever four way title fight to the finish.

While Aidan Heslop didn’t produce a repeat of his victorious Boston display here in Paris, the 20-year-old has all the tools and the nerve to join Preda, Hunt and this weekend’s third-placed Constantin Popovici in the race for the men’s overall title.

In the women’s competition, Australia’s Rhiannan Iffland was back to her imperious best in the French capital. For Iffland, a rare defeat in Boston two weeks ago at the hands of the up-and-coming star Carlson had forced the five-time champion to reassess and switch her tactics in France.

It was a move which paid off in the scorching Parisian heat as the 30-year-old surged past her younger rival to make it 14 wins in her last 15 World Series competitions.

It looks like we could be in for a thrilling two-way title tussle between Iffland and Carlson this season. While the Australian remains the strong favourite due to her experience and exceptional talent, the signs are that this season the ‘Dominator from Down Under’ might have a real fight on her hands to keep hold of the King Kahekili Trophy.

From boiling hot Paris, the World Series travels on to the next European capital city when the cliff diving elite will be hosted in Copenhagen on July 16, including a debut for the women in Denmark.