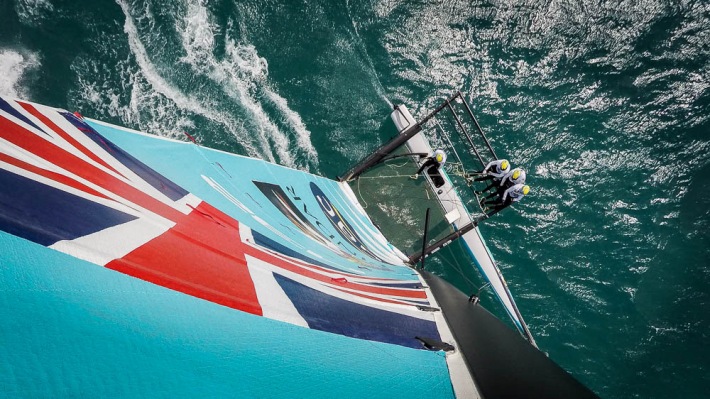 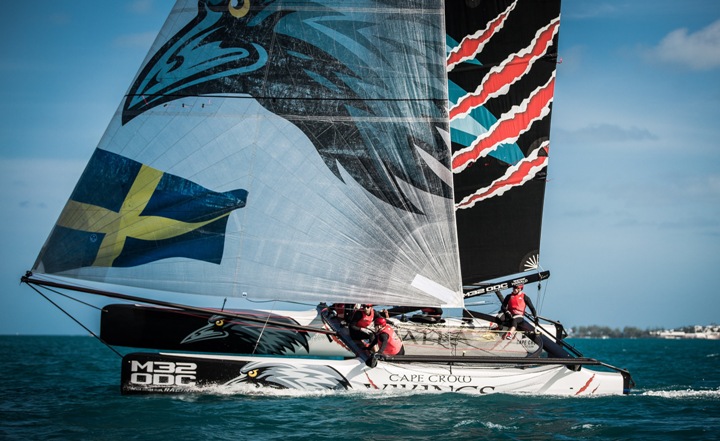 This weekend sees the return of six M32 teams to the waters of the Great Sound in Bermuda for the third stage of the M32 Series Bermuda. Teams from Great Britain, North America and Sweden will compete in a fleet racing series over two days including a new long distance race to gain valuable points towards the 2016 Bermuda Series.

Lying a few hundred miles off the coast of the United States, Bermuda has played a major role in Naval lore and held some of the most prestigious yacht races in the world.  Not only is the M32 Series Bermuda event title on the line this weekend, but with 2 events remaining in the series, teams who can lock up a podium finish this weekend will catapult themselves into the running for the overall series champion.

With a solid mix of owner and professional drivers competing, the M32 Series is proving to be the perfect platform for a wide range of helmsman looking to satisfy their high performance racing urge.  Racing this weekend are three owner drivers and three professional drivers and, as the results from previous events show, the margin between top and bottom is very thin.

Fresh from victory at the opening World Match Racing Tour stop in Fremantle, WA raced in M32’s, Ian Williams and his Team GAC Pindar headed straight to Bermuda for this weekend’s regatta, an opportunity to further hone their new team’s skills and continue to see how they stack up against other quality teams. “Racing the M32’s in Bermuda is fantastic and is a great measuring stick for our team as we move forward.  There is still so much to learn about the boats and how to sail them well.” said Williams. Finishing 2nd at the last Series event in Bermuda just a few weeks ago, GAC Pindar are looking to continue their hot streak and position themselves for the series finale in April.

Also competing in Perth, Sally Barkow and her Magenta 32 team did not get the results they would have liked in Perth, but are locked and loaded for another great weekend of racing in Bermuda. “Our goal is simple – to spend more time in the boat and together as a team. Bermuda is a skipper friendly environment with a wide range of conditions, and with several new teams on the starting line, we are looking forward to the challenge.“ said Barkow.

Helming the mighty Cape Crow Vikings Team, M32 World and Series Founder Håkan Svensson is excited about not only escaping the Scandanavian winter, but also rubbing shoulders with some of the best sailing teams in the world and advancing the sport of sailing.  “Our mission is to make sailracing a mainstream sport and appeal to the masses.  The conditions in Bermuda are fantastic and continuing to get feedback on the boats and the series from owners, sailors and spectators is very helpful in achieving our goals.” commented Svensson.

Also competing this weekend is Winter Series leader Don Wilson and his Convexity team from Chicago, and helming an M32 for the first time is multi-world Champion Deneen Demourkas who will be cutting her multi-hull teeth in Bermuda.  Rounding out the fleet as a pro driver led by Volvo Ocean Race skipper Charlie Enright is the young, talented team of 11th Hour Racing 55 South Racing consisting of several Volvo Ocean Race Veterans and Olympic sailors.

After another windy Friday practice day, teams are shuffling on the docks looking to get some quality training in, but not sacrifice their boats or equipment.  6-8 races are scheduled for Saturday and at the conclusion of racing, the fleet of M32’s will sail a distance race and receive some help from a pack of young Bermudian Junior sailors who will most likely be showing the M32 sailors a thing or two about the tricks and trades of the Great Sound.

Stay tuned to m32seriers.com for results and the latest updates from the 3rd stage of the M32 Series Bermuda.