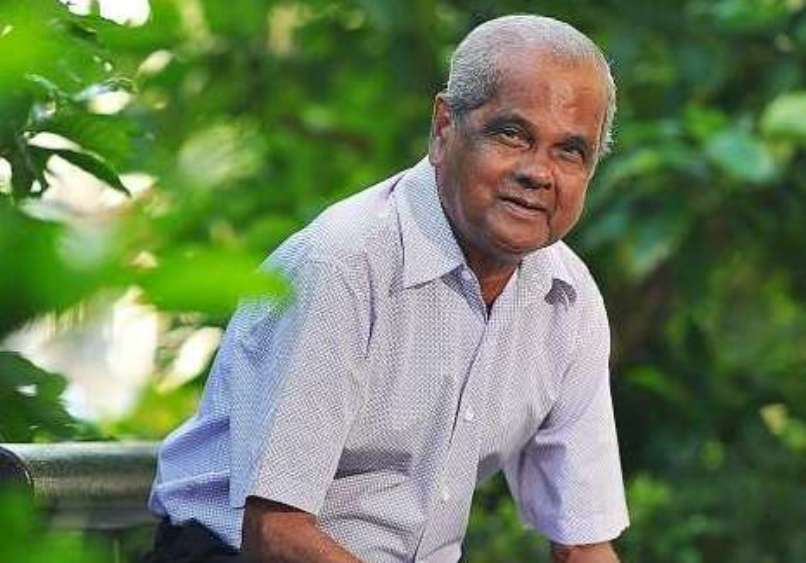 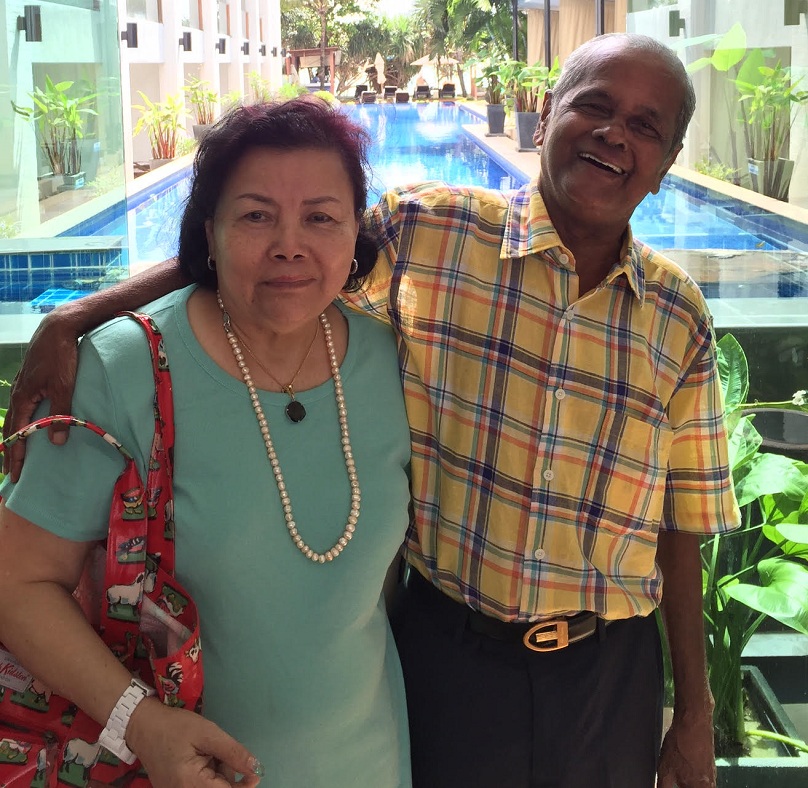 JOE Dorai  just never wanted to be second to none in football journalism, on both sides of the Causeway. He was simply infectious about “bola”, especially during the heydays of Malaysia Cup from the 1960s.

He brought in an almost matchless string of “scoops” every working day simply because he tirelessly worked the grounds from Farrer Park, Sembawang, Bedok to Jalan Besar Stadium and National Stadium and had an unique reservoir of contacts, from players, coaches, referees and team officials.

Close colleagues say if there was an eighth day of a work week, the late iconic Singapore football journalist would’ve volunteered to come to office with his little notebook and pen.

Joe Dorai was one of a sporting kind and he passed on Saturday after fighting prolonged illness and went down with a collapsed lung. He was 77, and leaves behind wife, Mary, son Andrew and daughters Anita and Angelene.

The  legendary word goes around Times House (the bedrock headquarters of Singapore Press Holdings) that good ‘ole Joe seldom took a day’s leave, too, as he enjoyed working every 365 football days!

“He had a heart attack earlier this year but recovered, only to fight against a prolonged series of respiratory setbacks,” says daughter Angelene, with tears welling in her eyes.

“Finally, we advised him to go and he let it go early Saturday morning. He passed on having given his best shot to family, work and friends.”

The late Dorai rose from the newspaper ranks. He joined The Straits Times in 1958 as a 17-year-old production worker and later contributed football reports. In 1968, he became a full-fledged sports reporter, earning S$260 a month, including a transport allowance, and got to cover the highs and lows of Singapore football until he retired in 1998, after an exceptional 40-year Singapore Press Holdings (SPH) career. 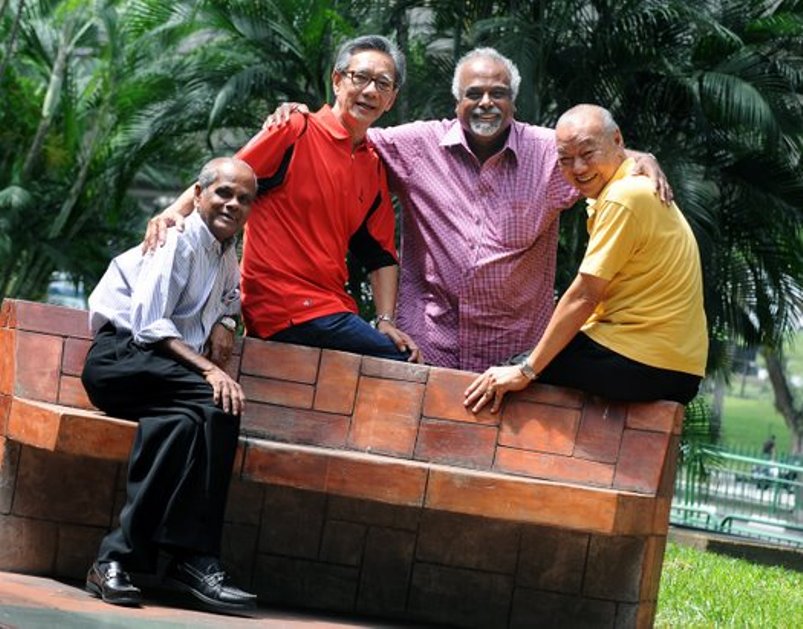 His love for football was unimaginable and he continued working for Singapore Pools, the only legalised sports-betting company, and finally called it a day in late 2015 as deputy manager of sports betting.

He was, in a nutshell, the fiery football-maniac and once confessed that he was happy to have been able to pursue his lifelong passion for the beautiful “bola” game.

His endearing passion for football started when he was a schoolboy and he was a striker for St Joseph’s Institution, one of the traditional schoolboy powerhouses. He later ran Farrer Park United, one of Singapore’s best amateur clubs, in the football heartland of Farrer Park, his urban kampung, where he spend majority of his childhood days.

“Every time Mr Ganesan opened his mouth, I would crawl up from somewhere and write a story,”  Dorai once recalled in a media interview. “Ganesan kept shaking his head many times and baptised me as the ‘cockroach’.”

Former Straits Times Sports Editor Godfrey Robert, who worked with Dorai as a colleague in the 1960s and as boss in the 1980s, says: “Joe Dorai will be remembered as a great newshound, a go-getter for news who sees no boundaries in the search for the real meat of any story. He also has a good relationship with players and coaches and the entire football fraternity, locally and regionally.”

Former New Straits Times (NST) sports editor Datuk Lazarus Rokk, who was bestowed the Darjah Indera Mahkota Pahang (DIMP) by Sultan of Pahang last year, remembers Dorai as the “authority on Singapore football”. He says: “He always covered football matches at the Singapore National Stadium from the VIP Box, never from the press box. He was like the authority on Football Association of Singapore (FAS).  He was never arrogant. He was warm, friendly and jovial.”

Malaysian football legend Dato’ Peter Velappan, who served as the General Secretary of the Asian Football Confederation (AFC) from 1978 to 2007, says: “Joe was not only a dear friend of mine but also an outstanding sports writer. He was friendly, likeable and a very sincere friend. I shall miss him very much. May God bless his soul.” 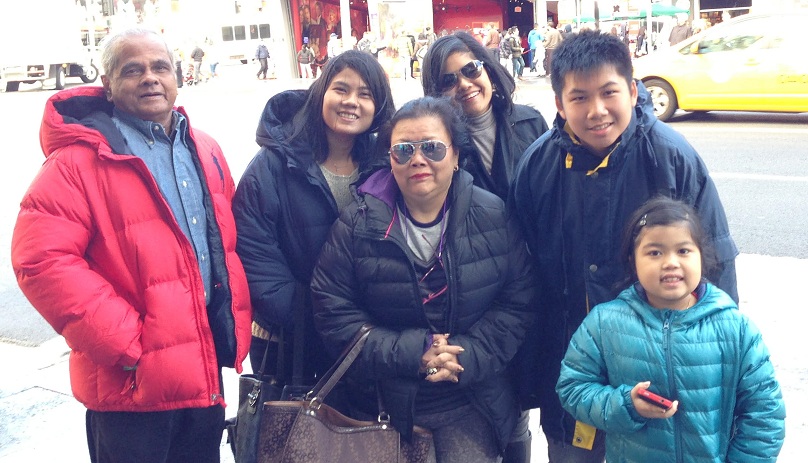 Lawyer Jeffrey Beh, the former FAS Chairman of Referees Committee (FASRC), salutes: “Although small in stature, he was very big in presence. Joe Dorai, in my mind, is a reporter who writes as he sees it without any bias. He had passion in his vocation and his passing is a big loss to the sporting community.”

Seak Poh Leong, former Singapore skipper from 1973-76 and ex-national coach from 1987 to 88, recalls how Dorai “combined football management and football writing rather extraordinarily”. He explains: “It boils down to passion and I remember the Farrer Park United days, when I played for the club. He was a grassroots football leader who was well liked by almost everyone.”

“He was humble, simple, friendly and he spoke only when spoken to. He never spoke out of topic and got along with everyone. He only spoke on sports matters and never got involved in other matters. I hugely respected him,” adds Kandasamy, who was assistant team manager when the Lions won the unique Malaysia Cup “Double” in 1994 – the Malaysian League and Malaysia Cup. 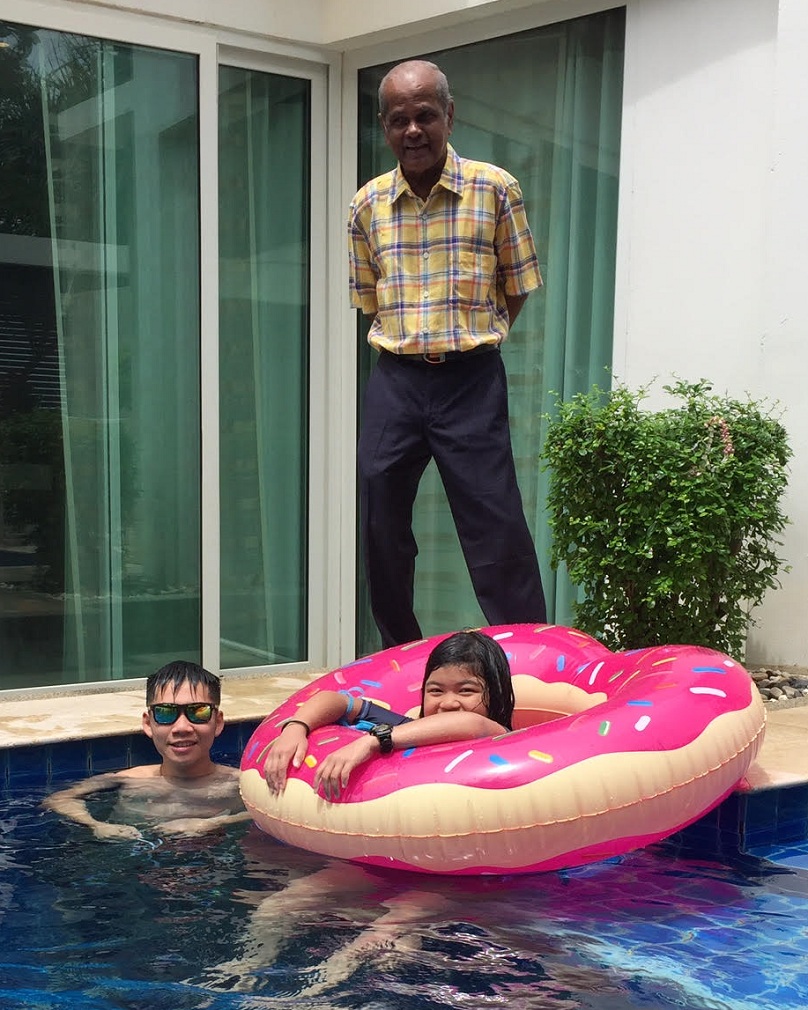 Dorai, whose heart is probably shaped like a football, once said the 1965 Lions team was stronger than the 1977 team and the 1994 team, which won the “Double”. He reasons: “”Although they say the 1994 team was the ‘Dream Team’, if you compare player for player, without the expatriates in 1994, the 1965 team was much better in terms of individual skills, tactics and  teamwork.”

In an interview with The Sunday Times, he said: “We were quite impressive at Jalan Besar Stadium in the 1960s. Every Malaysian state team that came to Jalan Besar was beaten because we had such good players: Goalkeeper Wilfred Skinner, fullback Lee Wah Chin, midfielder Majid Ariff. In attack, we had Rahim Omar, Quah Kim Swee.

“Singapore was very strong at that time. Malaysians were just getting into the football scene in 1965. They were mainly state teams like Selangor, Negri Sembilan and Malacca. To do a comparison, it was like primary school versus secondary school.”

I came to sports journalism in the late 1970s and I will never forget your football passion as you never wanted to be second to none in football journalism, mind you, on both sides of the Causeway.

You’re one of a football kind.

A legend of a football writer, who will rest in peace with a ball closest to heart. – BY SURESH NAIR

* Suresh Nair is a Singapore-based  sports journalist, who was colleague with the late Joe Dorai for over three decades.