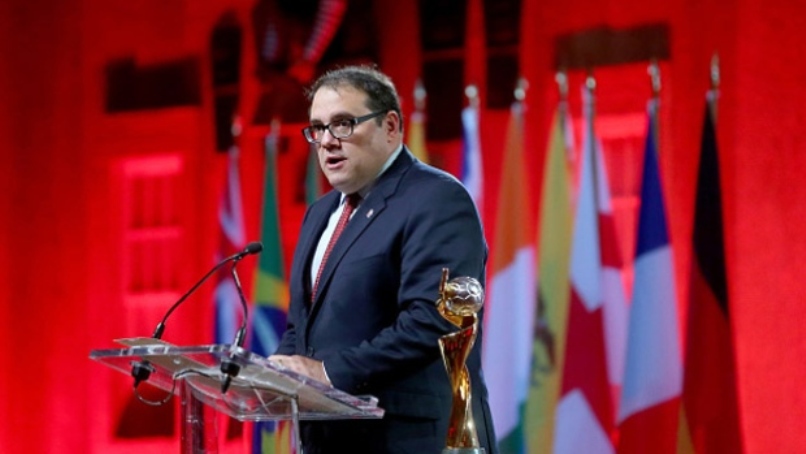 The contentious awarding of the 2018 and 2022 World Cups to Russia and Qatar was “the best thing” for football because it helped reveal corruption, the CONCACAF president suggested on Wednesday.

The hosting decision prompted investigations that exposed widespread graft within the global game last year and led to the downfall of figures such as disgraced former FIFA president Sepp Blatter.

In a subsequent interview with AFP, he said: “It seems like it was a catalyst for people to say, ‘What’s going on here?’

“Would what happened in 2015 have happened if there wasn’t an uproar about the process of how those World Cups were won?

“Taking nothing away from the two countries that bid for it — I’m sure they’ll do a hell of a job — but it seemed to wake up the football world from a governance standpoint.

“It seemed to be a perfect storm.”

Montagliani, the former president of the Canada Soccer Association, was elected head of CONCACAF — which oversees North American, Central American and Caribbean football — in May.

Reacting to FIFA president Gianni Infantino’s push to expand the World Cup to 48 teams, announced on Monday, Montagliani said it was “obvious” the competition would get bigger.

He also expressed a desire to bring the tournament back to the CONCACAF region for the first time since the United States hosted the World Cup in 1994.

“I think it’s time it does come back to CONCACAF,” said Montagliani, who is also a FIFA vice-president.

“We’ve not had it since 1994. It’s a region that’s very rich, not just from a football standpoint, but a marketing standpoint.

“We have three countries (United States, Canada, Mexico) who could put a World Cup on on their own. In terms of a regional (shared) bid, there’s an opportunity too.”

He added: “If a regional bid makes sense in a lot of ways, I probably would prefer that because I’m the president of the region and I think it would have a fantastic legacy for the region.” – Agence France-Presse