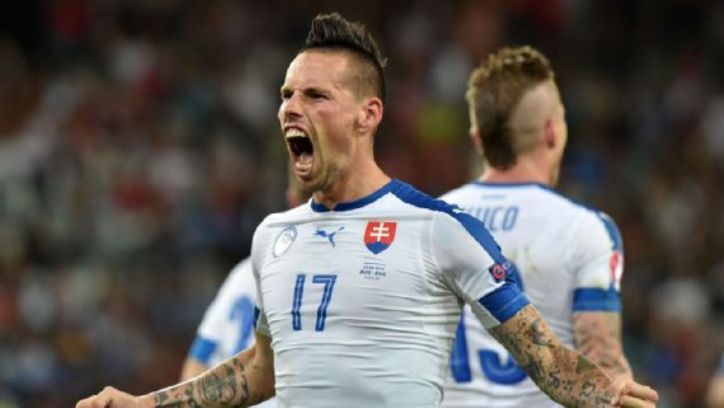 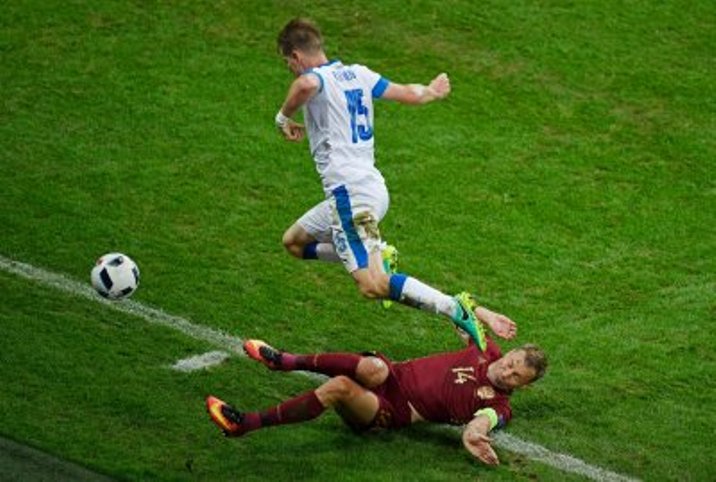 Marek Hamsik set up the opener and came up with a contender for goal of the tournament as Slovakia beat Russia 2-1 in Lille on Wednesday to claim a first European Championship finals win.

Hamsik’s pass released Vladimir Weiss to score in the 32nd minute at the Stade Pierre Mauroy and the Napoli star doubled the lead in style right on the stroke of half-time.

Russia pushed in the second half but were left with too much to do, even if Denis Glushakov got one back in the 80th minute to set up a grandstand finale.

The result allowed Jan Kozak’s team to bounce back from the 2-1 defeat to Wales with which they started their Euro 2016 campaign and put pressure on their Group B rivals before England take on the Welsh in Lens on Thursday.

“We are very proud and happy with our first win at a European Championship,” said man of the match Hamsik.

“This has perhaps opened up the gates to the last 16. I did well and am very proud that I managed to score such a goal. It was brilliant.”

Russia prop up the group with one point from two matches and will surely now need to beat Wales in their final group game to keep their hopes of reaching the last 16 alive.

The build-up to this match in far northern France had been overshadowed by hooliganism fears with Russia having been told they would be thrown out of the competition if there was any repeat of the crowd trouble at the end of their draw with England in Marseille.

There was a much calmer atmosphere inside the stands as the match was played with the stadium roof closed.

Kozak made three changes to the Slovakia team beaten by Wales, including handing a start to Ondrej Duda, the young forward who had come off the bench to net in the opening match.

After a slow start Russia grew into the game and their powerful centre-forward Artem Dzyuba, of Zenit St Petersburg, nearly caught out Slovakian ‘keeper Matus Kovacik with a header after good play down the right by Igor Smolnikov.

Dzyuba then displayed his strength to set up Fedor Smolov for a low shot that fizzed inches wide of the left post as the half-hour approached, but soon after that Slovakia were in front.

Hamsik undid the Russia defence with a superb left-foot pass in behind right-back Smolnikov. Weiss still had work to do though, as he cut back onto his right foot and finished with aplomb past Igor Akinfeev into the far corner.

Leonid Slutsky’s side were stunned but there was worse to come for them, and better from Hamsik, as the interval approached.

The Russian defence was still organising itself when Weiss played a corner short to Hamsik. Oleg Shatov came across in an attempt to block Hamsik but the 28-year-old turned back onto his right foot and curled a tremendous effort in off the far post.

It was arguably the goal of Euro 2016 so far and it had the Slovakians at that end of the ground in raptures.

It was Glushakov of Spartak Moscow who reduced the arrears in the 80th minute, heading home after Shatov had played a one-two with Roman Shirokov and crossed from the left byline. But Slovakia held on. – Agence France-Presse