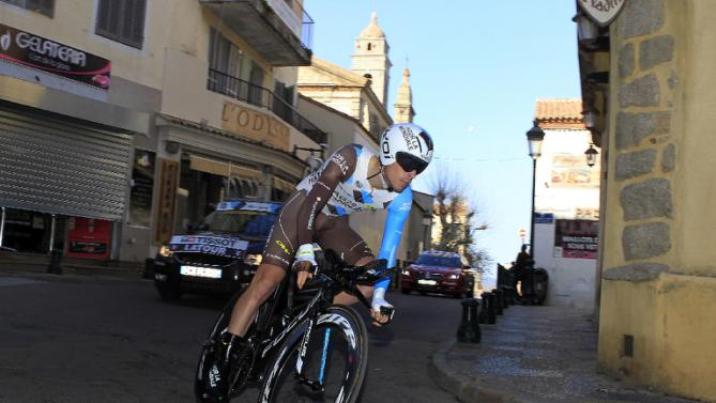 The 126km run from Brig-Glis to Cari was the first of three mountain stages and featured three tough climbs, two of which were hors category.

And it proved a testing time for Sagan, Slovakia’s 26-year-old world champion, who lost over 19 minutes to Latour, trailing in 70th.

Latour, 22, crossed the line seven seconds behind Atapuma at the end of the second of two hors category climbs up to the ski station at Cari.

Renowned climber Atapuma relished the mountainous terrain. He made his ultimately successful bid for stage glory six kilometres from the end.

In the overall standings Latour leads by a whisker from Lotto NL’s Dutch rider Wilco Kelderman. Sky’s Geraint Thomas is placed third, five seconds behind, with Barguil fourth, 16sec away.

“This jersey is unexpected,” said Latour.

“I came to the Tour of Switzerland without any real goals. To win a stage, to try to do something in the GC (general classification), to test myself for the future and now I find myself leader of a UCI WorldTour race.

Thursday’s sixth stage is a 162.8km ride once again suiting the climbers in the peloton with the col du Klausen the day’s toughest ascent with another climb to the finish at Amden.

“There are still two big days in the mountains, and a time trial,” added Latour.

“It’s going to be very tough, but we’ve got a great team and I’ll be fighting right to the end.” – Agence France-Presse