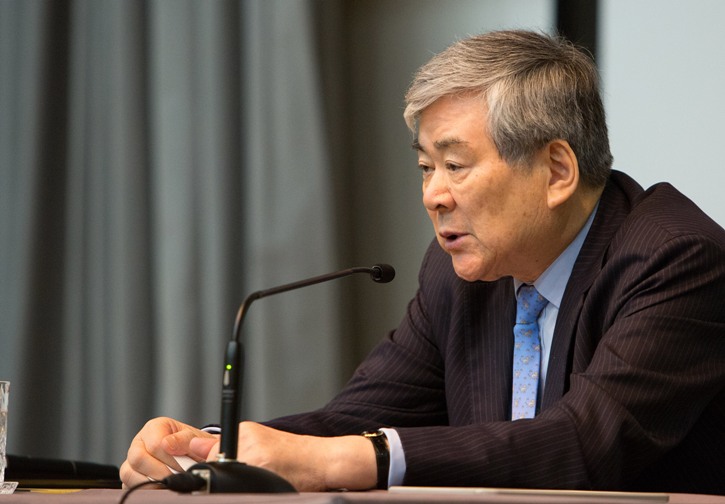 The chief organiser of the 2018 Winter Olympics in South Korea resigned Tuesday less than two years before the Games begin, citing urgent problems with his troubled shipping business.

Cho Yang-Ho, the chairman of Hanjin Group and Korean Air, resigned with immediate effect due to the “critical financial issues” facing Hanjin Shipping, the Pyeongchang 2018 organising committee said in a statement.

The statement made no mention of a possible replacement.

Cho took over as president of the Games organising committee in August 2014, when the event was struggling with construction delays and significant funding problems.

Things got so bad at one point that the International Olympic Committee (IOC) floated the possibility of moving some events to other countries such as Japan.

The South Korean tycoon, who initially signed up for a two-year term, was widely credited with turning the situation around, and bringing in big name sponsorship, including some of South Korea’s largest conglomerates like Samsung and Lotte Group.

The organising committee recently said it had reached 70 percent of its funding goals.

“I can proudly say that (organising committee) has become a strong team, and the challenges we have overcome have allowed us to achieve success at our first official test events,” the statement quoted Cho as saying.

“I am confident that the committee and the new leadership will move forward towards a successful 2018 Winter Games,” he added.

The IOC in 2011 picked South Korea’s northeastern ski resort of Pyeongchang to host the winter games, favouring it over Munich and the French Alpine town of Annecy. – Agence France-Presse