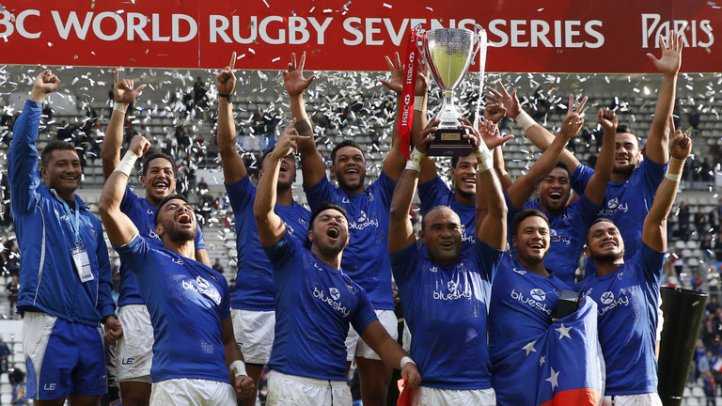 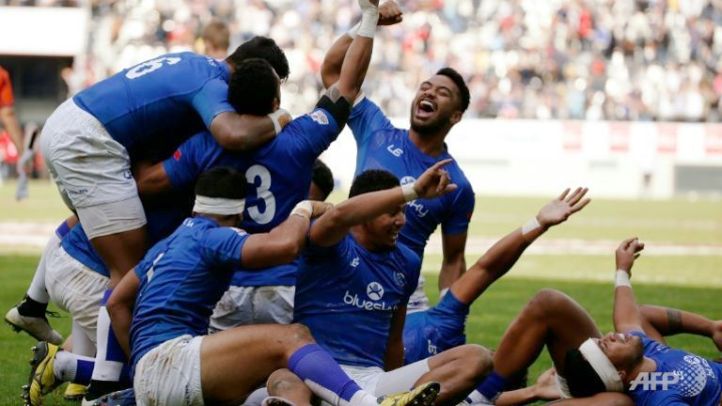 It was Samoa’s first world series tournament triumph since December 2012 and all the more surprising given they were thrashed 42-5 by Fiji in Saturday’s pool stage.

“It’s a huge surprise, especially after Fiji were so strong against us yesterday. We wanted to get some pride back and we did that,” said Samoa’s English coach Damian McGrath.

“At half time I said if we get the first score we can get back into this. Self belief is a huge thing, and they believed in themselves.”

Despite the defeat, Fiji are still poised to retain their overall crown as they lead South Africa by 14 points ahead of next weekend’s final round at Twickenham in London.

For Samoa, it’s a massive boost ahead of the Olympic repechage qualifier in Monaco next month.

First half tries from Isake Katonibau, Leone Nakarawa and two from Jerry Tuwai had put Fiji in control at half-time, despite a Samoan try from Belgium Tuatagaloa.

Mealoi got the fightback started after the break before Siaosi Asofolau had brought Samoa to within a score of taking the lead, and Selesele did the rest.

Inspired by their Fijian import Virimi Vakatawa, hosts France took a surprise third place, beating Argentina, who knocked out Sonny Bill Williams and New Zealand 19-17 in the quarter-finals, by 26-17.