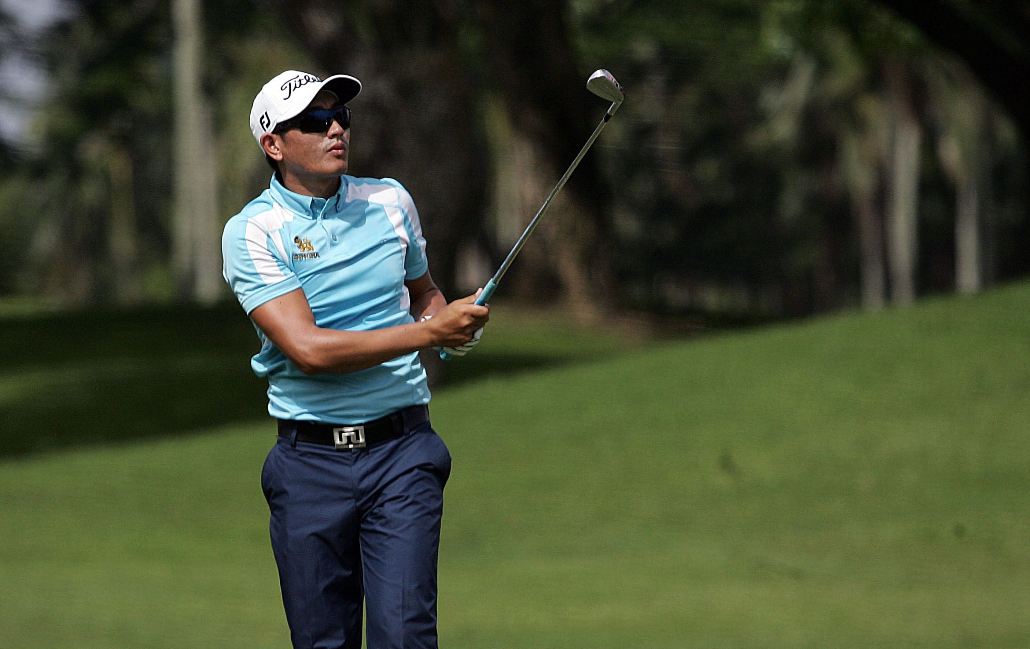 Thailand’s Sattaya Supupramai made a spirited start at the PGM Sabah Championship when he posted a five-under-par 67 to take the opening round lead on Wednesday.

Sattaya, who has won once on the Asian Development Tour (ADT), reeled in six birdies against one bogey to lead by one shot over compatriots Pasamet Pogamnerd, Pijit Petchkasem and Nils Floren of Sweden at the Sabah Golf and Country Club.

Meanwhile reigning ADT Order of Merit winner Nicholas Fung carded a 75 for tied-45th place at the RM250,000 (approximately US$80,000) event.

Sattaya, who has three top-10 results this season, credited his improved mental game for his strong start at the PGM Sabah Championship, which is the 15thleg on the ADT schedule this year.

“I told myself to stay patient throughout the round. I didn’t play with any pressure. I just play shot by shot and accept whatever comes. I think that helps me better in my game now as I can stay focused and not think about anything else,” said the 30-year-old Thai.

Sattaya hopes to end his wait for a second win since last August on the burgeoning Tour, which was launched as a gateway to the Asian Tour in 2010.

“I played here for the Asian Tour Qualifying School back in 2007 and I must say the golf course has improved a lot. I like the layout of the course and I thought it was quite fun to play out there. I’m feeling confident with my game right now so hopefully I can continue to do well in the next three rounds,” added Sattaya.

Pasamet, who marked his card with six birdies against two bogeys, was delighted with his round despite making a bogey on the last.

“I’m very pleased with how I’ve played today. My putting was good and the course is in a great condition. I thought I was lucky today but I will try my best to stay in contention for the next few rounds,” said Pasamet.

Starting from the first hole, Pasamet produced a flawless front nine highlighted by three birdies. He picked up three more birdies on his way home but dropped shots on the 12th and 18th.

The PGM Sabah Championship is one of the 12 ADT events held in Malaysia this season.