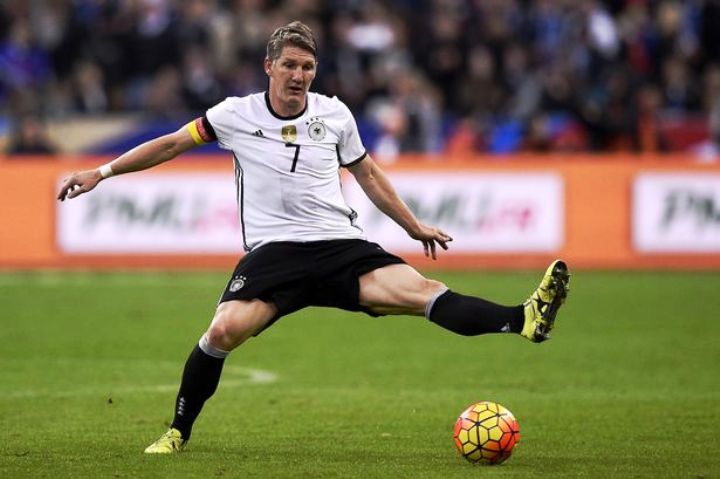 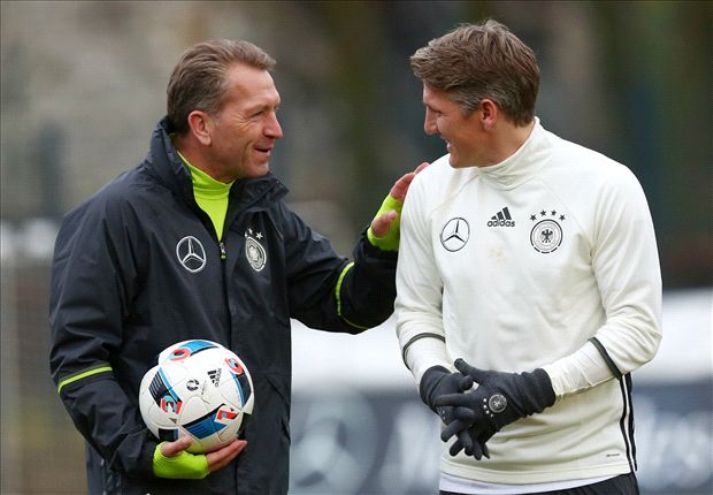 The 31-year-old Manchester United midfielder, who won his 120th and final cap in Germany’s 2-0 defeat to France in the semi-finals of Euro 2016, revealed the news on his official Twitter account.

“With Bastian Schweinsteiger, we are saying goodbye to a big name from the national team,” said German Football Association president Reinhard Grindel.

Schweinsteiger retires from die Mannschaft with his Old Trafford future in the balance having reportedly been told by United’s new coach Jose Mourinho that he is one of nine players free to leave the club.

He still has two years left to run on his United contract.

A knee injury in January flared up again in March, restricting him to just a handful of matches before he played at the European Championship, netting a goal on his return against Ukraine in Germany’s opening pool game.

The defensive midfielder said now is the right time to retire from the national team ahead of Germany’s first qualifier for the 2018 World Cup against Norway on September 9, four days after a home friendly against Finland.

“I have just told the national head coach (Joachim Loew) to no longer consider me for selection in the future as I would like to retire,” wrote Schweinsteiger.

“I would like to thank the fans, the team, the German Football Association and the coaches.

“In 120 internationals, I have been allowed to run out for my country and experience moments which were undescribably beautiful and successful.”

Schweinsteiger’s finest moment in the famous white shirt was his battling performance in the 2014 World Cup final in Rio.

He absorbed everything the Argentina midfield threw at him to help Germany secure a 1-0 extra-time victory as Mario Goetze’s winning goal gave die Mannschaft a fourth title.

“Winning the 2014 World Cup was an historic and emotional moment for us, which will not be repeated again in my career,” said Schweinsteiger.

“Therefore, it is the right time and sensible to finish now and to wish the national team all the best for the qualifying stage and the 2018 World Cup.

“Finally, I just want to say to our fans: ‘It was an honour to have been able to play for you, many thanks for everything that I was able to experience with you.'”

Thomas Mueller, a potential Germany captain of the future, paid tribute to his national team-mate.

“Thanks for 120 internationals and many awesome moments, hours for the national team,” said his ex-Bayern team-mate.

Bayern Munich goalkeeper Manuel Neuer is the favourite to replace Schweinsteiger as Germany’s captain as Loew heaped praise on his midfield marshal.

“On a personal and sporting level, I want to say thanks for 12 trust-filled years,” said Loew.

“On each occasion, I had the feeling he gave everything for the national team and strongly identified with our values and goals.

“As a coach, I benefited a lot from him and can only thank him for everything he has done for me.”

Schweinsteiger says one of his few regrets while playing for his country is Germany’s Euro 2016 semi-final exit.

“Jogi Loew knew what the Euro 2016 in France meant to me, the title I absolutely wanted to win, which hadn’t been brought to Germany since 1996,” he said.

“It wasn’t to be and I have to accept that.”

Germany’s most capped player, Lothar Matthaeus, who made 150 appearances, added his praise.

“Congratulations on a big career with the Germany team. What a fantastic player,” added the 55-year-old, who captained the 1990 World Cup-winning team. – Agence France-Presse