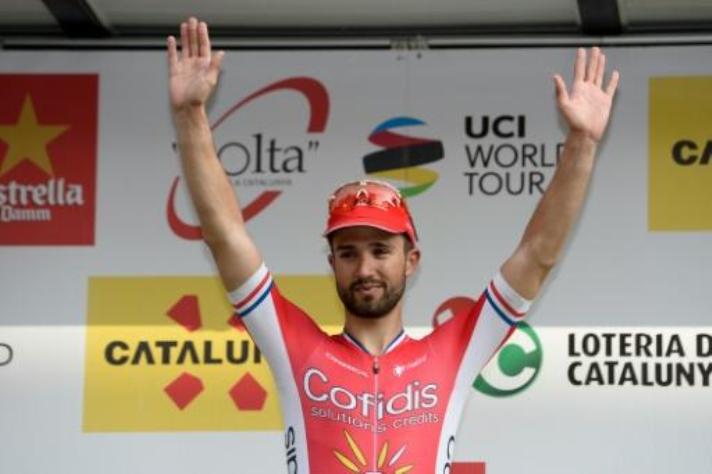 In-form French sprinter Nacer Bouhanni claimed his second straight stage win in the Tour of Catalonia on Tuesday after his Cofidis team set him up perfectly in a bunch sprint.

Bouhanni was released by his lead-out train 250 metres from home and crossed the line a bike length clear of Belgian duo Gianni Meersman and Philippe Gilbert, who wore black armbands in honour of the victims of bomb attacks in the Belgian capital Brussels earlier in the day.

Bouhanni extended his overall lead after the 178km second stage between Mataro and Olot, but expects to give it up as the race heads into the mountains on Wednesday.

It was a fourth win of the season for the 25-year-old Frenchman who also won a stage of the Tour of Andalusia and another on the Paris-Nice, although he revealed he’d been feeling off-colour going into the stage.

“I went to see the doctor early in the race, I had a bad stomach,” said the up-and-coming sprinter. “I’ll have to clench my teeth in the mountains, I hope it’s okay tomorrow.

“There are a couple more stages which may come down to a sprint,” he said.

After a four-man break including Belgium’s Thomas De Gendt failed to open a lead any greater than three minutes, largely thanks to Cofidis keeping them within sight, the second stage was at the mercy of Cofidis’ well-disciplined sprint train.

Wednesday’s third stage over 172km finishes at altitude (1725m) at the Pyrenean ski resort of La Molina and features four category one climbs.