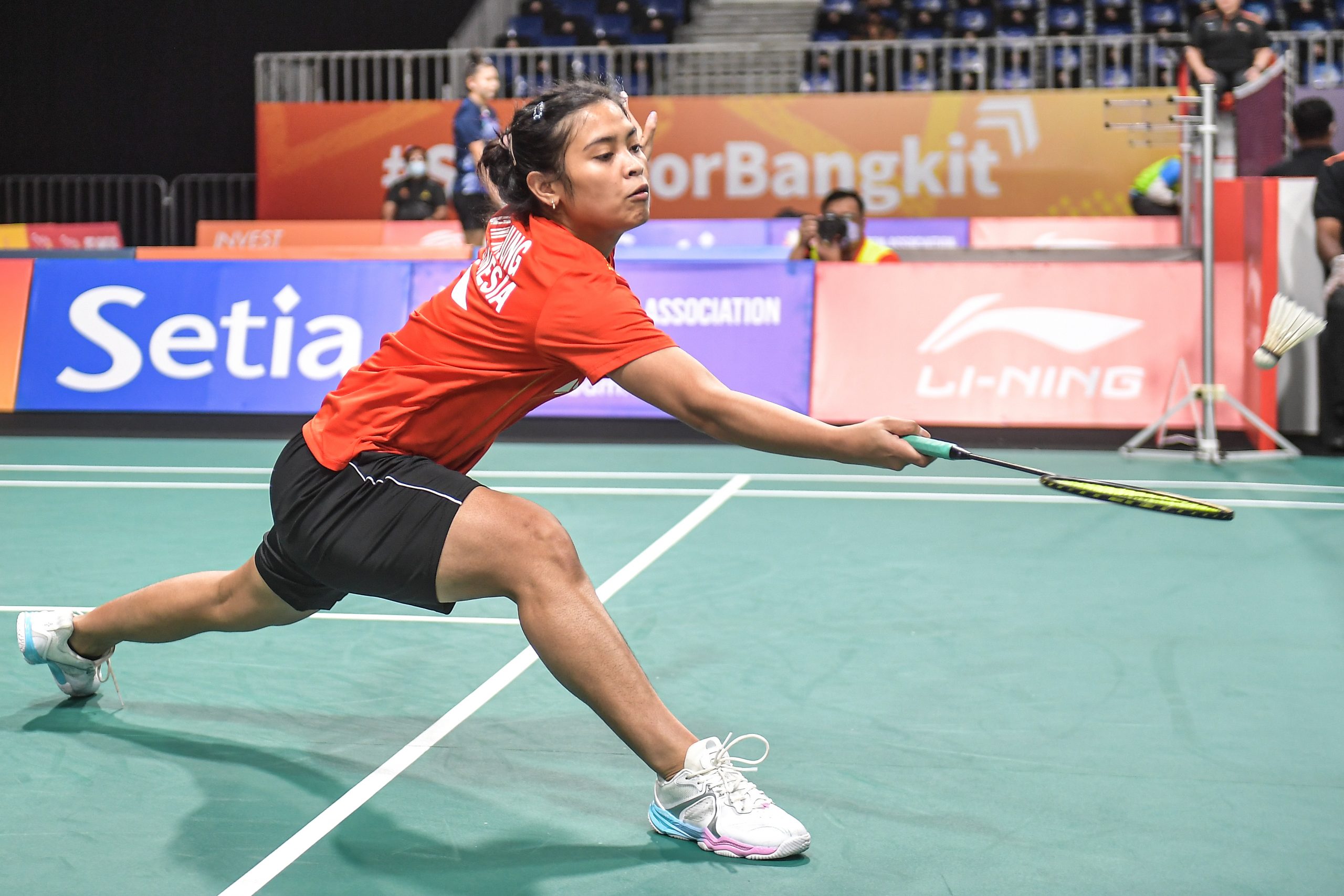 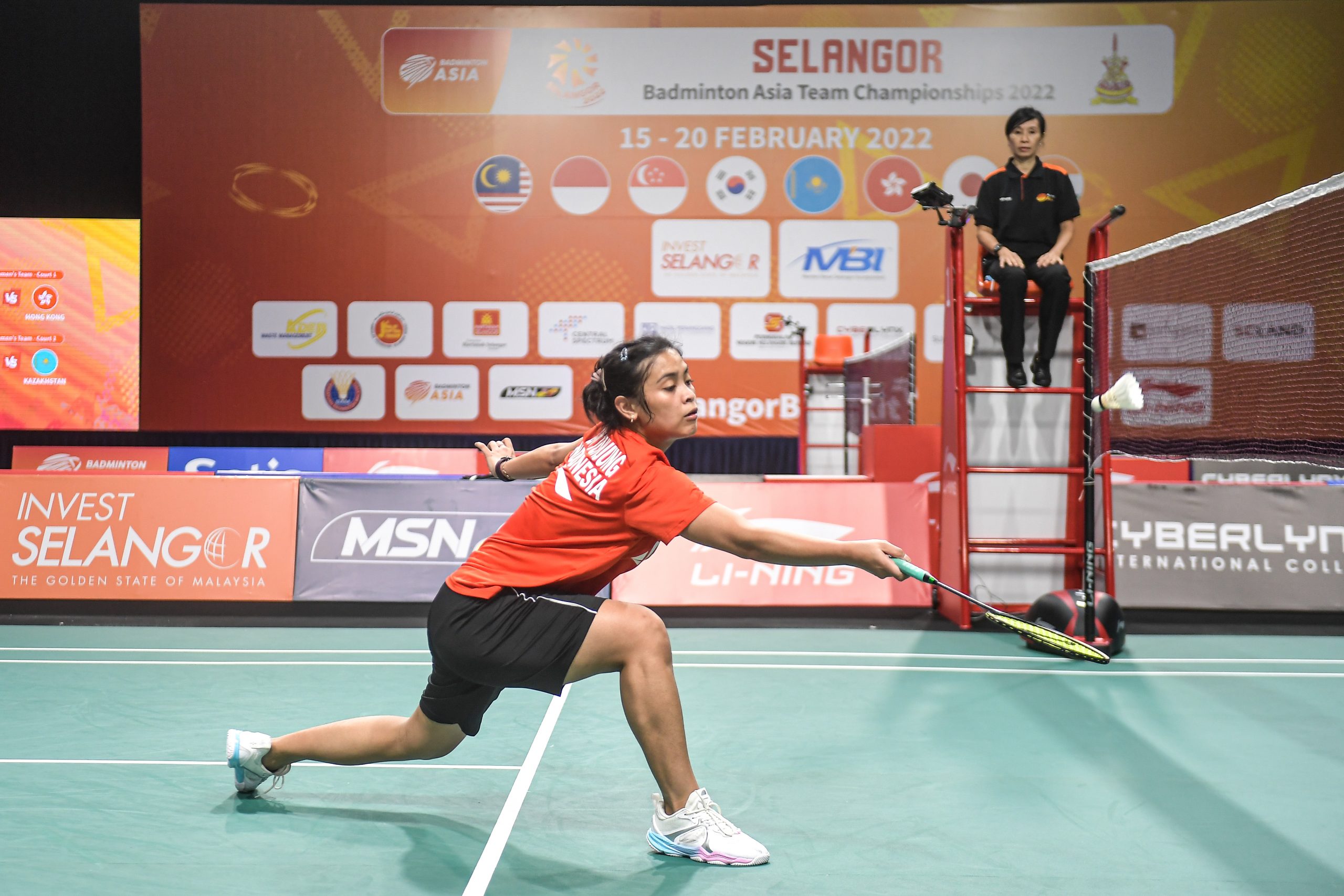 Indonesia got off to a winning start when they overpowered Hong Kong on the opening day of the women’s event in the SELANGOR Badminton Asia Team Championships at the Setia City Convention Centre here today.

World number 23 Gregoria Mariska Tunjung and second singles Putri Kusuma Wardani were both instrumental in sealing Indonesia’s victory after easily prevailing over their opponent in just 26 and 33 minutes respectively.

“There were some errors on my part as this is just the opening match…hopefully, things will get better as the tournament progress,” said Gregoria after her match.

Second singles Putri Kusuma put up a commanding show to brush aside Yeung Sum Yee 21-14, 21-5 in 33 minutes, putting Indonesia back on the lead.

It was a close battle as both the second pair of Lanny Mayasari-Jesita Putri Miantoro and Fan Ka Yan-Tau Mau Ying were involved in a 48-minute battle which eventually saw the former winning 12-21, 21-14, 21-19.

“Unlike our opponent, this is our first appearance in a big tournament. So, we were a bit overwhelmed and under pressure. We managed to claw our way back and forced them into rubber game by minimising errors and improving our on-court communication,” said Jesita Putri.

On tomorrow’s tie against Kazakhstan, partner Lanny Mayasari, meanwhile, said that they will not be taking the tie lightly. “It’s important to keep our momentum to prepare for tougher matches,” she said.

In another tie, Korea had no problem overcoming Kazakhstan 5-0 in a one-sided tie which ended in just 98 minutes. 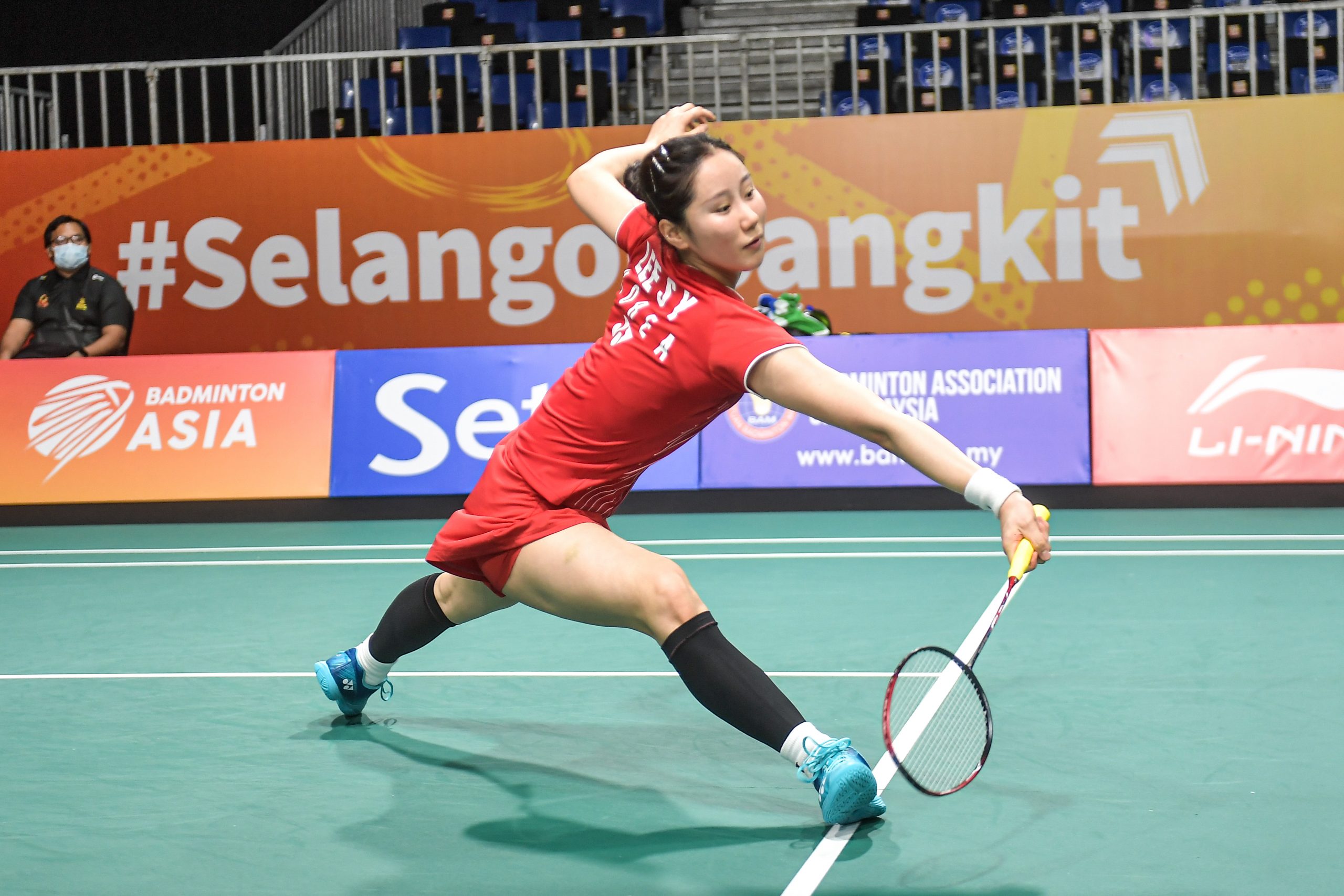 Second pair Lee Seo Jin/Seong Yeon Seung became the fastest Korean to win on day one of competition after needing only 16 minutes to win over Nargiza Rakhmetullayeva/Aisha Zhumbaek.

Lee See Yeon, Kim Joo Eun and Park Ming Jeong ensured Korea’s victory after winning all their single matches with Lee getting the better of Aisha Zhumbaek 21-7, 21-12, Kim winning over Kamila Smagulova 21-8, 21-10 and Park registering a 21-10, 21-6 win over Nargiza Rakhmetuyalleva in just 18 minutes.