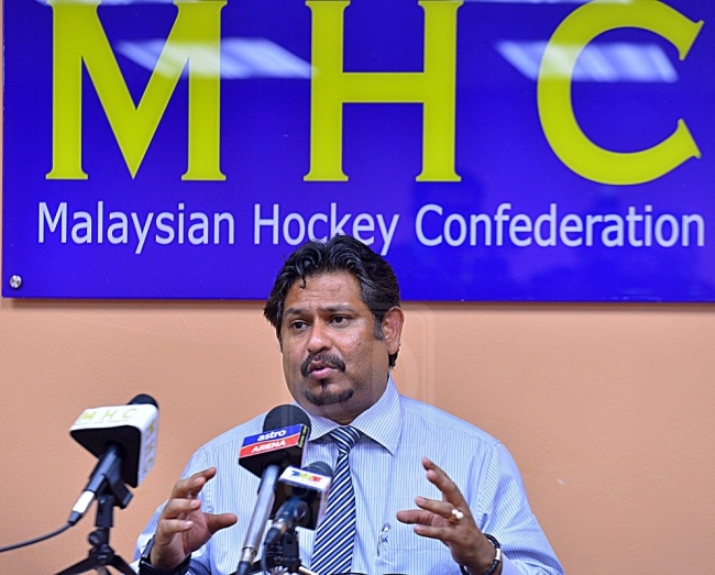 The Selangor Hockey Association (SHA) has urged Dato Sri Subahan Kamal to continue helming the Malaysian Hockey Confederation (MHC) as President for the next four years.

SHA President, Ganesh Shanmugam, with the full backing of his council, said Subahan has contributed tremendously to Malaysian hockey since taking over the post at their last annual general meeting in May 2015.

Said Ganesh: “We have the trust and confidence in Subahan to bring back the glory days of Malaysian hockey. He has certainly proven his capability in the last four years which saw the national team ranking achieve a creditable 11th place in the world and the women’s team to 20th place. Additionally the Malaysian team emerged champions of the Youth Olympic Hockey 5 in Argentina last year.”

Ganesh noted that irrelevant of the outcome of the national team’s Olympic qualifier match against Great Britain on Nov 2 and 3 in London, the SHA urges very much for Subahan and his Deputy, Prof Dato Dr Shamala to contest the upcoming election.

The next AGM of the MHC will be held on 16 November where the posts of President, Deputy Presidents and Vice Presidents will be up for grabs.

Subahan, a well-known businessman, took over the post from Tengku Abdullah Sultan Ahmad Shah, who did not seek re-election at the last annual general meeting held on May 13, 2015.

According to Ganesh, Subahan has dedicated fully to the overall development of hockey in the country where he spent full time and whole heartedly looking into the administration of the state associations and their development programmes.

“Previously here were no financial support to State Associations receiving RM50,000 grant annually for grassroots development till the coming of Subahan as MHC President. Infact, he has plans to increase the allocation to RM100,000 next year. He has also got the support of the private sector like TNB and other sponsors to help develop Malaysian hockey. Also he looks after very well the welfare of all staff at MHC as well as the national team players including their salaries,” added Ganesh.