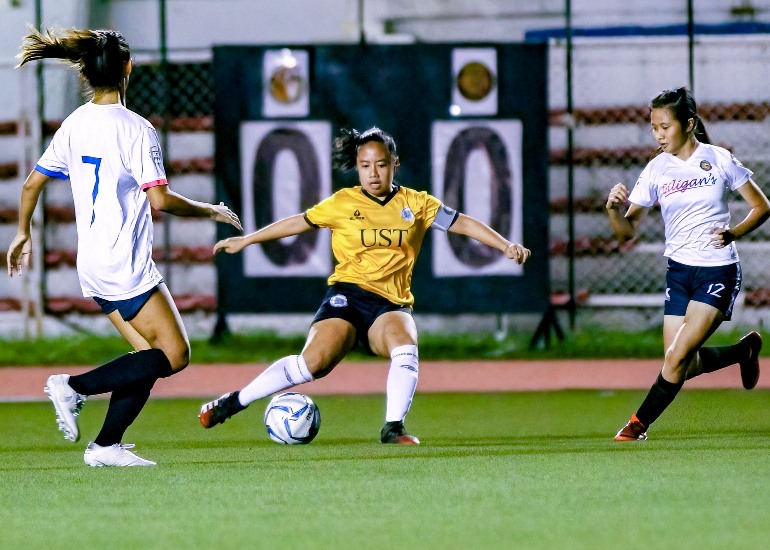 University of Santo Tomas fired nine goals against a hapless Stallion Laguna side, but it was for naught after it missed out on the semi-final slot in the first match in Rizal.