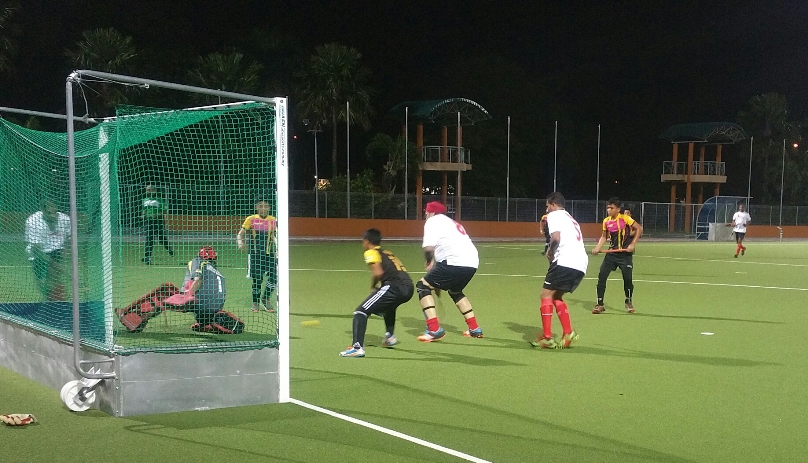 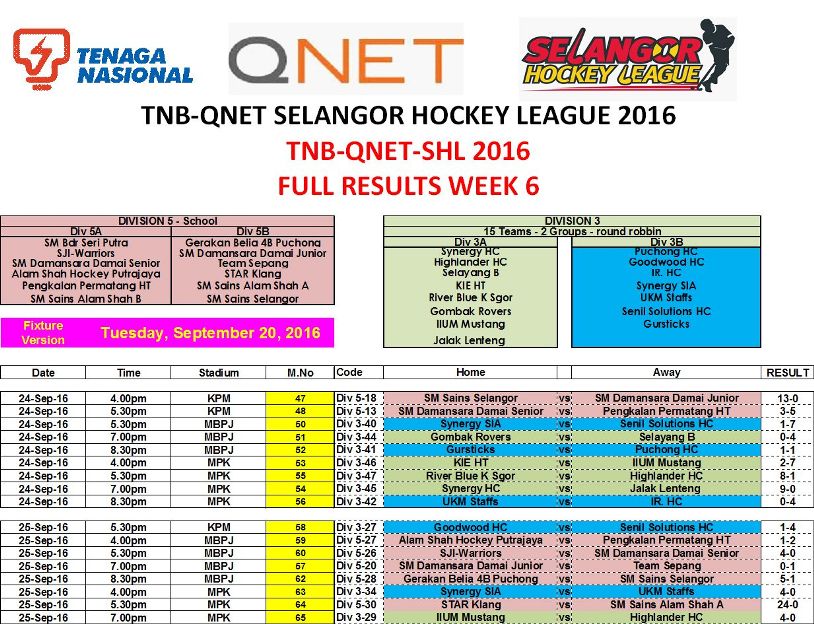 The TNB-QNET-SHL2016 League for Division 3 and 5 have reached the climatic stage as teams battle for the limited semifinals spots.

IIUM Mustang clinched the top spot and a ticket to the next round in the Division 3 Group A, with a convincing back to back victory over the weekend. The Mustangs, as they are fondly known, opened an unassailable eight-point lead as they easily beat KIE HT 7-2 and the next day saw off Highlander Hockey Club 4-0.

IIUM Mustang can afford to take it easy against Synergy HC whom they will take on in the last preliminary match.

Three team who are still in the running for the second place in the group are Selayang B, Synergy Hockey Club and River Blue Kuala Selangor will have their credentials tested this weekend as they face each other for the semis spot.

In Group B of the Divsion 3, Senil Solutions featuring former internationals Kuhan Shanmuganathan and Logan Raj Kalikavadhan easily sweapt aside Synergy SIA 7-1 and ended the hopes of Goodwood HC reaching
the semifinals with a 4-1 victory.

In the battle for the second spot in Division 3B, Puchong HC drew unexpectedly with Gursticks HC dropping two vital points as IRHC capitalized by winning 4-0 against UKM Staff.

Both IRHC and Puchong have to face Senil Solutions in their last match respectively to clinch a semifinal ticket although lurking in the background is Gurstick HC who can steal the semis spot as they faced an easier path.

Gurstick take on Goodwood HC & Synergy SIA knowing 4 points from these two matches is enough to bring them into the semifinals.

In the Schools Division 5 Group A, SJI Warriors should not see any problem clinching the top spot as they are tied with Pengkalang Permatang with a game in hand.

In the other group Gerakan Belia 4B and STAR Klang look set to clinch the top two spots. 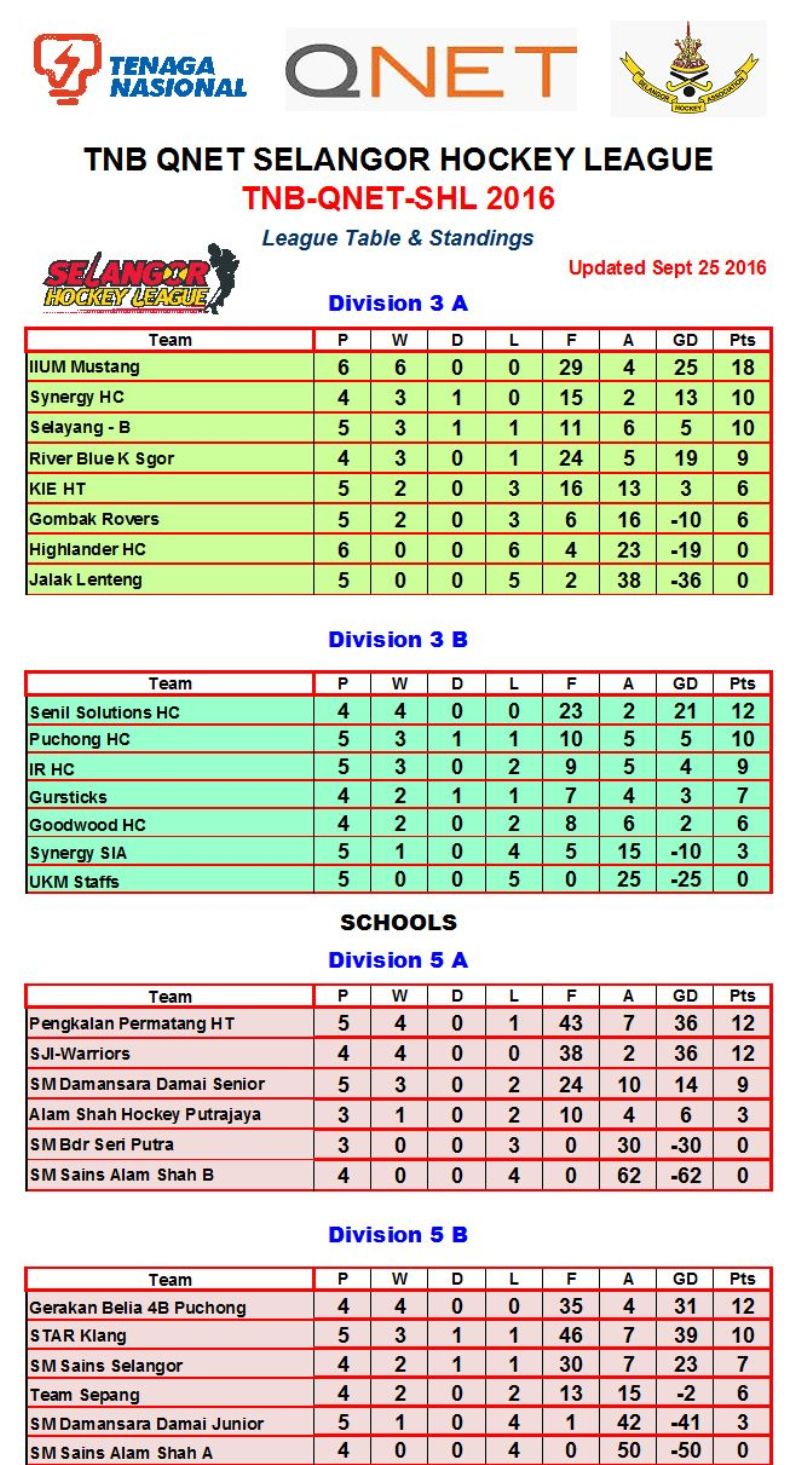