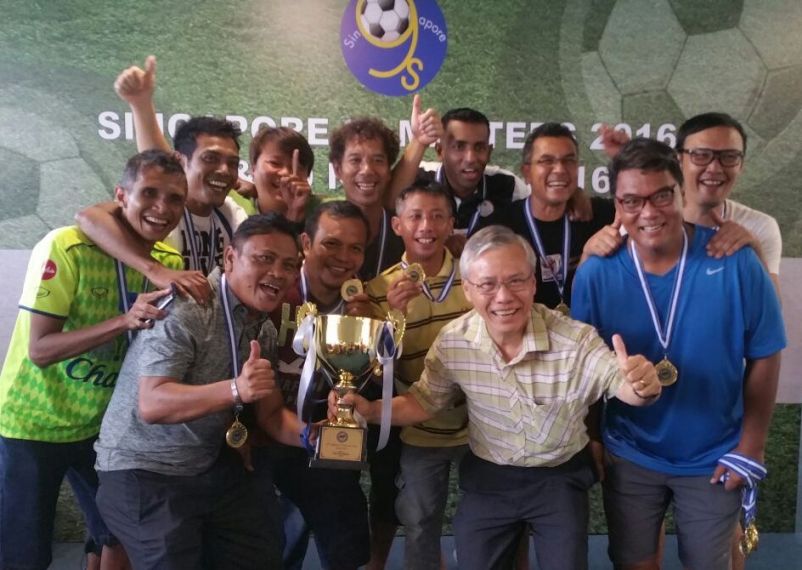 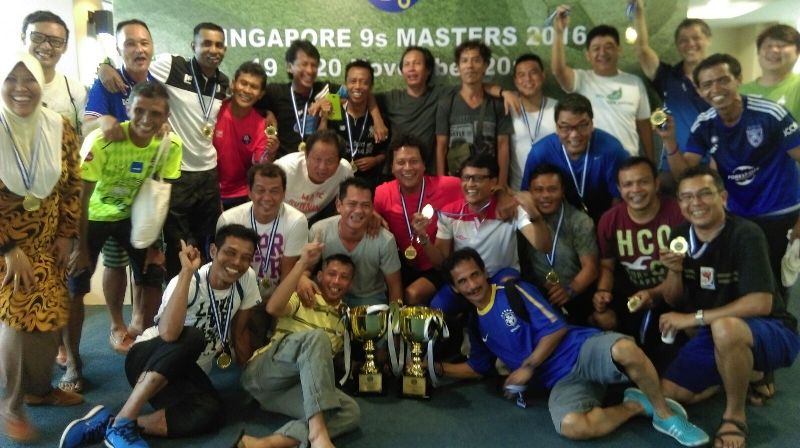 THEY say turtle soup is not for everyone and there’s a lot of urban legend surrounding this secret Chinese herbal dish.

Many believe that this dish is an aphrodisiac (arousing sexual desires), warms the body and increases alertness.

So, you may ask: What has turtle soup got to do with football?

Over the weekend at the Singapore Masters 9s tournament at Jalan Besar Stadium, a turtle-soup team created history by being the first to do an extraordinary “double” – winning the Over 40s and Over 50s categories.

Ser Seng Veterans is a motely bunch of veteran footballers, who’re sponsored by the founder of Singapore’s famous turtle-soup restaurant: Ser Seng Herbs Restaurant, which sells a range of soups, with the most popular being turtle soup and black chicken soup.

Yes, you may say, this special dish actually has rousing effects as a lot of the players swear that the tender turtle meat offers them a rare advantage in some parts of the body!

But seriously, the real secret to the team’s success comes from the hard-core experience of players, who have played in the S-League and NFL (National Football League), says founder-member Taswan Arshad.

The success formula, in Taswan’s words: “We play with our heads and move the ball around pretty well for a bunch of oldies, who many say are over the hills!”

The core of the players also played for Singapore Malays, having nurtured a lot of overseas experience playing in the Sultan’s Gold Cup Tournament in Malaysia from the 1980s.

“We’re really a family team as the players, wives, kids join in the football fun,” said striker Vince Martin, who used to play for S-League Clementi Khalsa FC. “Success story? Well, it boils down to a bunch of jolly good guys, with the right family spirit, who give off their best in the field of play and even out of it, especially when enjoying the flavours of turtle soup!”

Former Singapore international striker Noor Ali, one of the founder-players, who is assistant coach of S-League Geylang International FC, added: “It was a fun tournament, with fun players with the right sporting attitude. Nice feeling when you’re retired from competitive football and still want to play and you get to see all the veterans with different kinds of knee braces and ankle braces!”

Former FAS (Football Association of Singapore) President Ho Peng Kee graced the occasion as the guest-of-honour of the Singapore 9s Masters, the only major tournament for the “orang tuas”, which is usually held in November. This year’s tournament paid special tribute to the late Santokh Singh, a veteran sports journalist, who passed on last year.

OK, as I end I must admit it, that I’m a turtle virgin but now I feel a strange mix of excitement and trepidation at the same time to try eating turtles after Ser Seng Veterans’ “double” victory!

Yes, I heard it may be somewhat controversial or grotesque to some, but why not give it a shot, if you’re in the Macpherson area and the famous air-conditioned restaurant is at 39 Tai Thong Crescent, Singapore 347863. They’ve also a non-aircon branch at Lorong 21 Geylang.

I understand you can choose between $15/$25/$35 bowls of soup, and you can also choose whether or not you would like to include turtle innards along with the skin and meat.  Ser Seng veteran players tell me the meat, specially delivered from Indonesia, is tender and the texture reminds you of pork.

They swear turtle doesn’t taste fishy as I thought it would, but more like a typical red meat. The skin is gelatinous and tastes like cartilage.  And it comes with a side of special hot sauce.

The hot soup is probably the most flavorful soup, just like the Ser Seng Veterans, who created football landmark with their “double” success over the weekend.