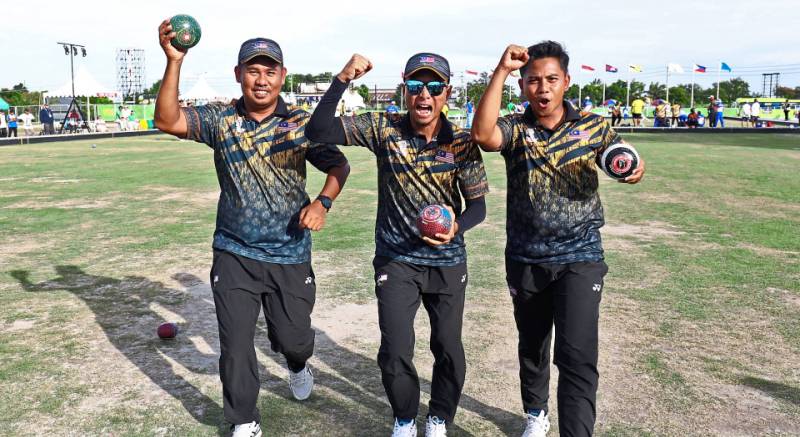 The gold came the hard but the Malaysian men’s triples showed nerves of steel to win the gold in petanque in Clark City on Thursday, defeating Thailand 13-11 in a three-hour battle.

Mohd Hafizuddin Mat Daud, Syed Ali Syed Fikri and Musmin Saiful Bahri kept their cool to stage a remarkable fightback after trailing 4-9 to the Thais in the early stages.
The win ended Malaysia’s 18-year wait for the gold, having last won at the 2001 Sea Games held in Kuala Lumpur.
“It was our mental strength and focus that brought us the long-awaited gold. It means a lot to the team and the country,” said national petanque coach Syed Ali Syed Akil on the team’s win.
At the last edition of the biennial games in Kuala Lumpur in 2017, Malaysia could only manage the bronze medal.
Meanwhile, the women’s triples could only manage a silver medal in their event, 4-13 to Cambodia in the final. – BY RIZAL ABDULLAH