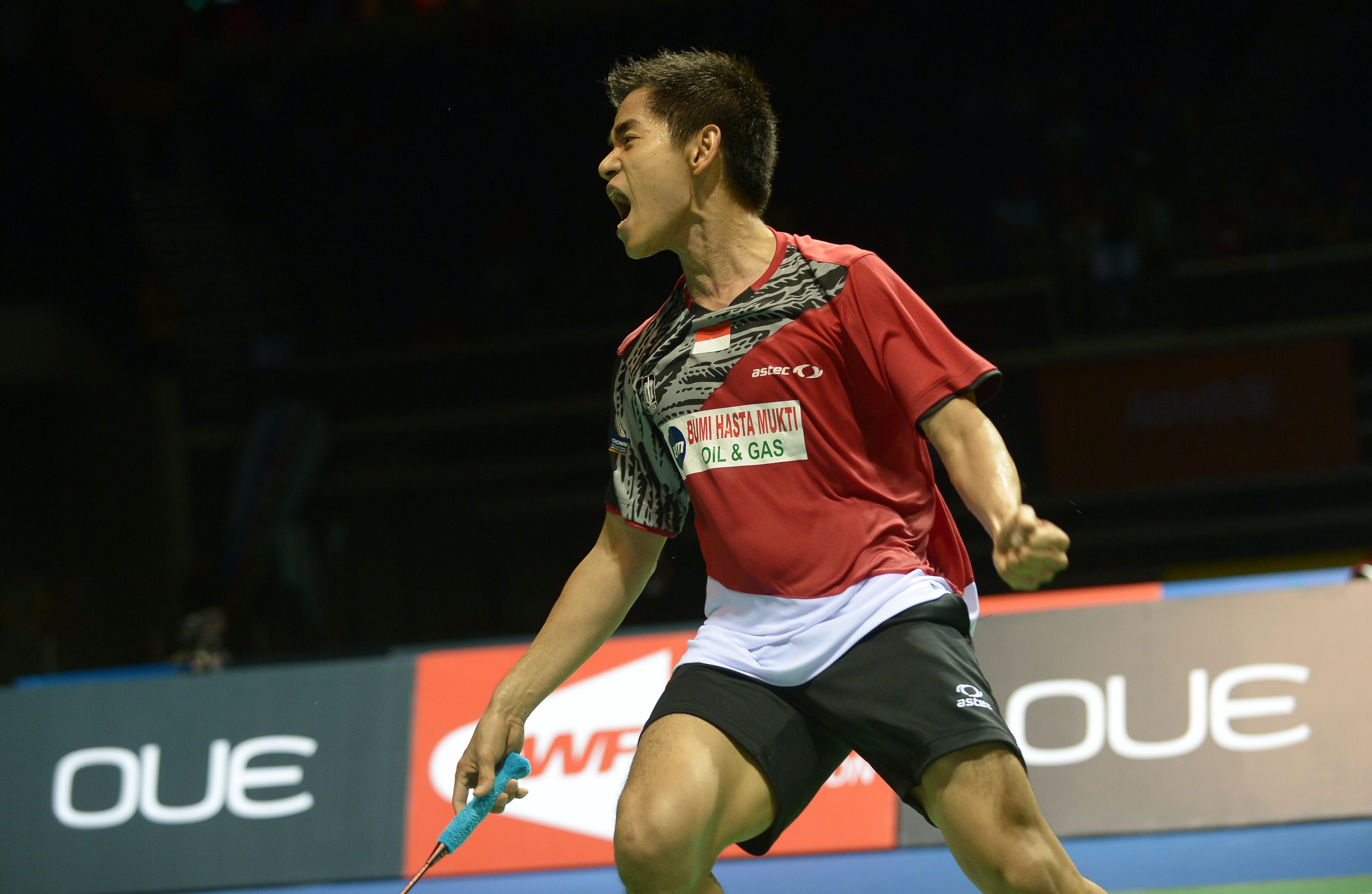 He came through the qualifiers to make the main draw and a pumped-up Simon Santoso went the distance when he destroyed World No 1 and top seed Datuk Lee Chong Wei 21-15, 21-10 win in 48 minutes to win the Singapore Open men’s singles title on Sunday.

Following his smashing win over Chen Long in the India Open last week, Chong Wei was the hot favourite to win his fourth Superseries title this year. But his hopes of a securing back-to-back victories was not to be.

While Simon was in top form, the Malaysian star was clearly not at his best, making numerous uncharacteristic errors. Simon, the former World No 3 who is making a strong comeback on the badminton scene after recovering from a serious back injury, took his chances well and steadily pulled away.

The Indonesian dictated play right from the start and stormed away to a with the first set in 23 minutes.

Sion, who won the Yonex-Sunrise Malaysian Grand Prix Gold in Pasir Gudang two weeks ago, is now hoping to get a place in the Indonesian to this year’s Thomas Cup Finals to be held in New Delhi from May 18-25.

“I am coming along fine but I need to stabilise my game further. Beating Chong Wei is certainly a morale booster for my badminton career,” he said. Simon last beat Chong Wei in the Japan Open semi-finals in 2012. Chong Wei still leads 9-2 in head-to-head count.
In the women’s singles second seeded Wang Yihan maintained her supremacy over Olympic champion Li Xuerui with a straight set 21-11, 21-19 in an all-China final.